10 temptations to avoid when it comes to engaging with politics 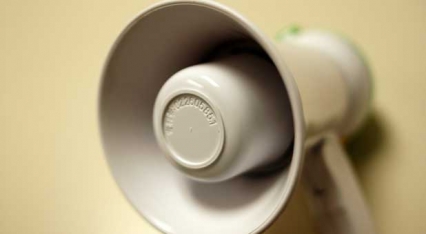 We live now in a fractured and incoherent world, with different beliefs, customs and cultures and no agreed way to arbitrate between them. What counts now is not seeking an objective common good but delivering a magnitude of consensus.

If we can’t agree to the rules that will govern life together then the majority will rule. Pragmatism will trump principles.

If we can’t debate in ways that appeal to a grander narrative, then we simply shut down debate. Difference and diversity are understood as the enemy of progress: what we need is conformity. Of course, this same charge might have been brought against the medieval church and its dogmas. We don’t have freedom from dogma – just different dogmas. The individual can no more express a politically incorrect expression today than they might have a theologically incorrect expression 500 years ago.

These changes can be disorienting

These changes have come at a speed and scale nobody anticipated. They leave us feeling disorientated and confused. Daniel Strange gives a great picture of this change: “Our fallen, fractured world resembles a whole plane of ice floes, floating close to each other with big cracks between… where the ice floes keep drifting in different directions”. Without the word of God making sense of the world, I am stuck on my drifting ice floe without certainty. I might have opinions, but they are ungrounded outside my subjective point of view.

Without objective truth or a shared set of beliefs we fracture into tribes. Just like the reality game show Survivor safety is found in the dominant tribe. Dissent becomes harder and toleration of different views becomes a vice. Faux diversity, where people look different but think the same, now rules Twitter, campus safe spaces and corporate virtue.

The patron saint of this kind of revolutionary thought is Rousseau: “it is impossible to live at peace with those you regard as damned”. This is the spirit of excising the past in the name of the future, of compelled conformity, of the Terror and the guillotine. When a society refuses to find ways to live together with deep differences it always ends with blood in the streets. Democracy, civic freedoms and tolerance of difference sound so mundane until you lose them. The diagnosis that democracy is broken is therefore one that should alarm us.

In such confusing times we will be tempted to rush for easy explanations and quick fixes. Here are 10 temptations to avoid:

In tumultuous times fear is an understandable reaction. Perhaps that is why so often the Scriptures say, “Do not fear’”. There will be politicians and even Christian groups that spruik alarm and harvest fear for their political advantage. As the great American novelist Marilynne Robinson wrote, “Fear is not a Christian habit of mind”. Granted, we must not be naive about what lies before us, but we must not be fearful. God is sovereign and Christ is Lord. We know what the future holds so we can have confidence to be faithful in the present.

This may be an Australian trait but it is not a Christian one. Cynicism is the door to passivity and indifference; it is the opposite of love and the enemy of prayer.

Christ tells us to expect enemies and to love them. In times when hatred and tribalism are so rife, the Christian has to overflow with grace upon grace. This will be costly and painful and humiliating. We can only do it if we remember how undeserving we are of Christ’s love and how gracious he is to those who crucified him.

The good old days were not that good. If we think they were, we don’t really believe in the Fall. There are some particular challenges the 21st-century West faces – here we have picked up on the fractured nature of our politics. But each age has its own manifestation of fallen-ness and faithfulness. Rerunning the Enlightenment, reversing the sexual revolution or putting the internet back in its box are not realistic strategies.

Do not withdraw into a “safe Christian space”. That space will neither be safe nor Christian. Some are urging a return to a monastic-styled temporary withdrawal from a hostile world. That proposal deserves a more significant response than space here will allow.

Say “No” to a Christian version of tribalism. We cannot just be concerned for advancing the cause of Christians. We are not to be one tribe among others using power to push for a privileged position. Instead, the Christian will be concerned with things that Christ is concerned about – all people, the poor, this fallen world and nothing short of that.

Yes, we do need Christians serving well in political parties. But we cannot identify the kingdom of God with one side of politics. Tying Christian hope to the mast of only one political party will see it sink with that party.

Principles aren’t to be sacrificed (that isn’t the same as balancing idealism with realism – working hard to achieve the possible),

Don’t think that being winsome will be sufficient. People will simply dismiss you as a nice bigot. This is not an argument to be less than gracious, but it is a judgement that graciousness, being “nice” and even having good PR might be necessary but will still be insufficient.

Churches need to recalibrate how they relate to the world and rethink how to train the next generation for mission in a different culture. We need to relearn old lessons about what it means to be faithful in an increasingly pressured environment. That will take time and resources, and we can’t skimp on either.

So what should we do? Read more about the Christian response to a crisis in democracy....