Getting people to your Church AGM - is it worth the effort? 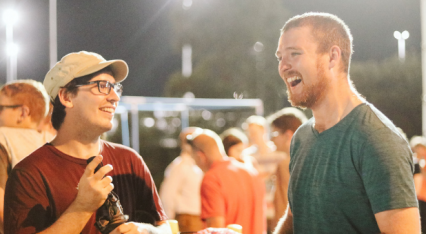 It’s that time of year. There are parish council nominees to be elected and minutes to approve. There are people to nominate and church finances to audit.

Annual general meetings, when done well, can be a chance for church members to come together, remind themselves of their church’s vision and values, and ensure they are on the same page for the coming year.

It is key to the growth of a healthy church to have people from all congregations and age groups engage with the vision and direction the church is heading.

But AGMs notoriously have a reputation for being boring, slow and poorly attended – particularly by young people.

Here are a few thoughts on why it is essential to engage with all members of your church, and some hints for doing it.

Make sure people understand how important the AGM is

When Toongabbie had its Annual General Meeting last year, they were thrilled to have 18 people from their evening service attend. Senior pastor, the Rev Dr Raj Gupta, recommends speaking to the congregation in the weeks before the AGM about the importance of meeting together and thinking about the future.

“It’s important to note that the younger congregations are the future of the church,” he says.

Toongabbie is also considering a major building project, so this helped add a sense of urgency to attending. One of the parish’s MTS trainees, Rachel Stabback, says, “Eighteen people doesn’t seem like very many, but it’s huge. It was nice to have everyone all together.”

Yes, it’s easier to make general announcements at all your parish services in the week or two before your AGM, but both Gupta and Stabback are quick to say that personal invitations are much more effective then upfront announcements.

Talking to people personally also provides opportunities to talk about important issues in the parish before the AGM, including any questions that might be worth asking and discussing potential nominations for parish council and other positions. People are much more likely to respond positively to offers to serve if they’ve had time to think about it!

Create a chance to praise God

AGMs don’t have to be only planning and administration. By structuring the event around praising God for what hashappened, and praying for the future of the parish and wider church, you can remind congregations of the spiritual implications of the meeting they are attending.

In addition to praising and worshipping him, an AGM can also remind us that our goals will only be realised by God’s mercy.

Dapto Anglican Church engaged people with last year’s process by creating a competition to see who could second the most motions, and also offers pancakes. Other churches have their AGM after a morning service and host a lunch afterwards, which gets people chatting and talking about the decisions they’ve made together.

Toongabbie organised a pool party after its AGM, before its church service, which meant the AGM facilitated people hanging out before church. Although it rained, Stabback says it was a great time to reflect on what has happened at the meeting. “Sitting and chatting, it was a great time to see that the people in our congregation were engaging.”

One last, essential thought: if congregation members have an issue about something that is or isn’t happening in the parish, the AGM is the place to talk about it. So, if none of the above encourages  people in your church to attend you can always remind them that, as the saying goes, decisions are made by the people who show up!