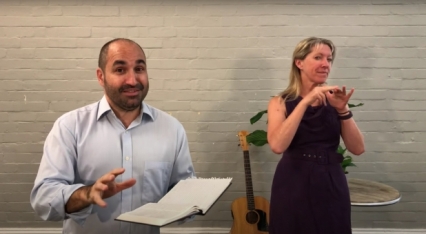 Nothing makes you feel included like having people speak your language. Or in Mrs Andre Morrissey’s case, sign your language. Being born with bilateral profound hearing loss, Mrs Morrissey is completely deaf without hearing aids – and even with the aids is unable to recognise any words.

This makes communicating with people who don’t know Australian Sign Language (AUSLAN) a real challenge. And when communication is a challenge, being in fellowship becomes difficult.

Mrs Morrissey says she initially found it hard to connect with her church, Marrickville Road Anglican.

“It was very isolating not being able to communicate with anyone.”

“People did not know any sign language, however there were a few people who knew the AUSLAN alphabet, which helped,” she explains. “It was very isolating not being able to communicate with anyone. At the time, I thought of leaving church because I found it hard not being able to talk to anyone and no one trying to talk to me.”

All these feelings changed when the congregation at Marrickville started learning to sign in order to love Mrs Morrissey. “I finally felt like I belonged to church when people wanted to learn AUSLAN so they could talk to me,” she says.

Communicating in their heart language

This was the reason that the rector of Marrickville, the Rev Ross Ciano, felt it was important to include AUSLAN interpretation in his online sermons. He preaches alongside an interpreter in order to ensure that every member of his congregation can know the word of God in their own language. 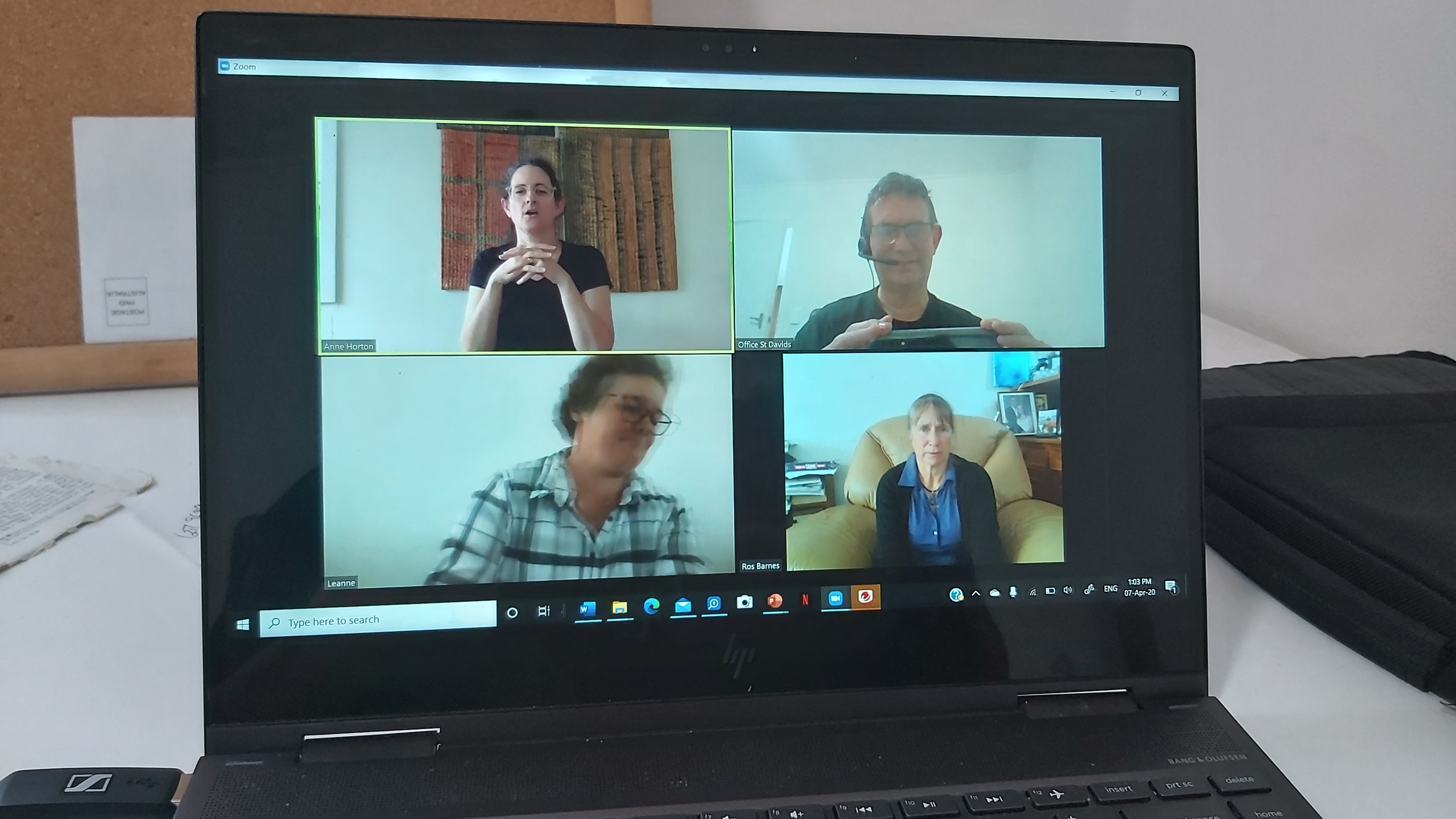 “We could have easily done subtitles and, yeah, that works, but there’s something about being communicated to in their heart language that speaks deeper than words.

“There’s something about being communicated to in their heart language that speaks deeper than words.”

“The same could be said of people who can hear. We could just do transcripts for everyone, and why would we need a preacher then? But we still communicate, because communication is deeper than words.”

Mr Ciano is immensely encouraged by his church jumping on board to learn AUSLAN, and by the opportunities presented by including an interpreter.

“I think it’s an application of the gospel,” he says. “The gospel is for all people, dialects and subcultural groups. It’s applying Ephesians 2, that any [cultural] barriers have come down in Jesus so that we can fellowship together. 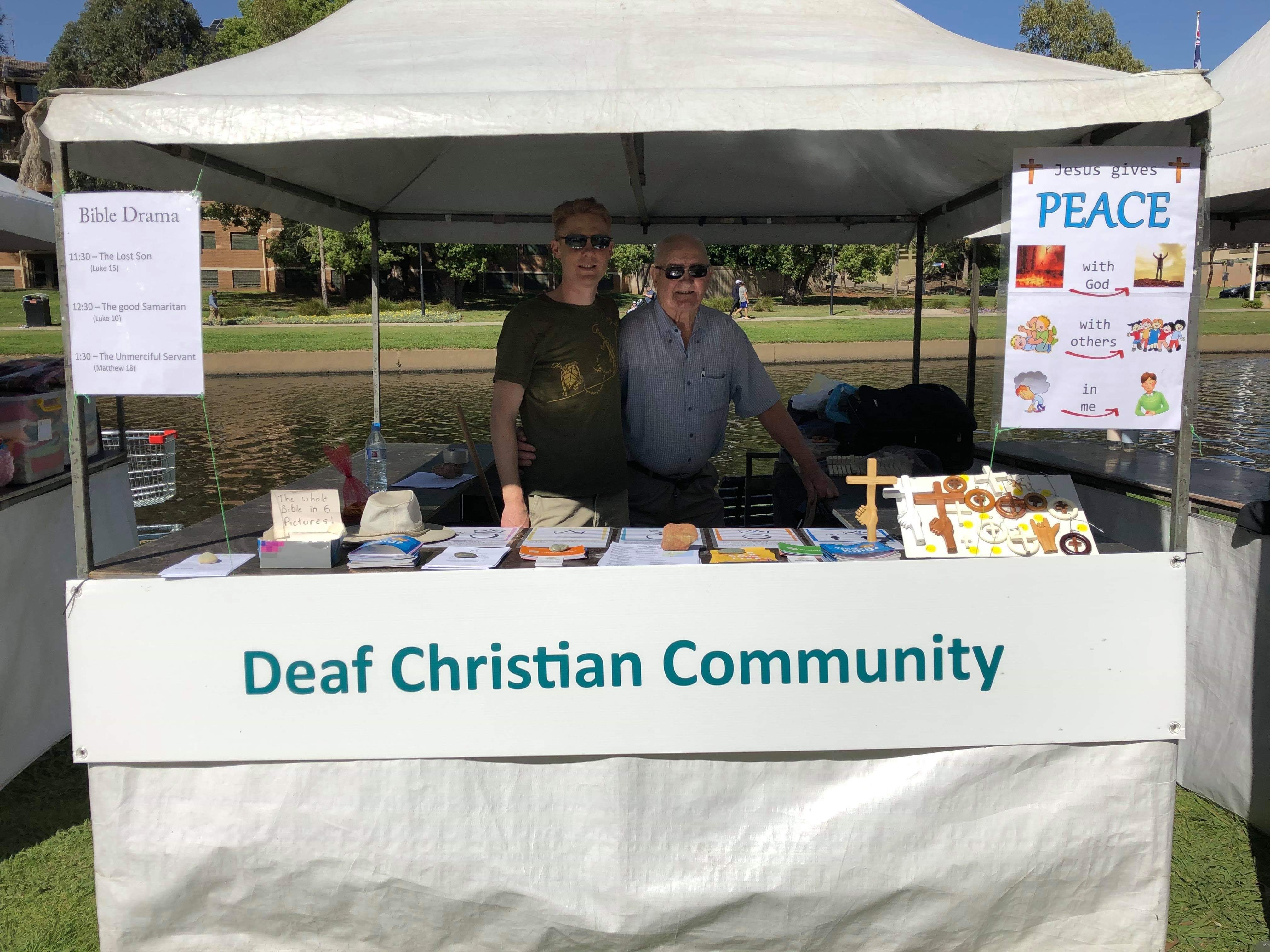 “Catering for the Deaf community increases the access to the gospel for a community that would not normally be able to access church services. Primarily, we were doing the translation for our sister but, in the back of my mind, I always hope we’ll reach more people. I know there are a number of unbelievers watching our online services, and I know there are a number [of Deaf people also]. I’m quite encouraged by that.”

They are part of the fabric of the congregation

The team at St David’s, Forestville also offers AUSLAN interpretation during its livestream Sunday services for the few Deaf members of their church – an extension of what they provided pre-isolation. In addition to Sunday interpretation, a midweek Deaf Bible study runs via Zoom.

“We’ve got a small Deaf group who have been able to be part of our church life because of NDIS making it possible with social funding,” says rector the Rev Gavin Parsons. “They love being part of the church community as they are able, but are often limited on a lot of occasions. Life is hard in many ways, but they’re keen to love Jesus in amongst all that and communication helps. They’re certainly part of the fabric of our family congregation.”

Mr Darren Kirkegard, from St Paul’s Carlingford and North Rocks, says offering AUSLAN translation in services is “really hard… It takes a lot of time, research and effort. To do it for one or two people in church, when you have hundreds to look after, takes a special kind of love”.

Having joined the Deaf community after losing the ability to speak, Mr Kirkegard is an advocate for Deaf ministry. He teaches an AUSLAN Bible study, meets with many Deaf people to encourage them in their faith, evangelises and produces AUSLAN video resources to make more Bible content available.

Seeing ministry teams go out of their way to make Bible teaching accessible with AUSLAN interpretation is encouraging, but he suggests a number of simple ways that every Christian can love the Deaf.

“Don’t treat them like they have the plague – or COVID-19. Go up and say ‘Hi’. Try to communicate. Chat with them through a phone or pen/paper. Know about interpreted church services and online resources, such as http://auslan.bible/, which has parts of the Bible translated into AUSLAN. Keep praying for the Deaf community, and those ministering to the Deaf community.”

Mr Kirkegard adds that, if people can do it, taking the time to learn sign makes the biggest impact. “Some people have made the ultimate sacrifice to learn the new language to welcome in a ‘foreigner’, and actually become their friend.”