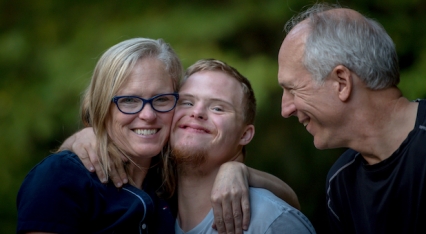 Last month I wrote about disability in mission. My reason for writing was to explore and explode the myth that those who have disabilities are prevented from serving Christ in his mission. Rather, I argued that opportunities to serve Christ abound for everyone who has put their trust in the Saviour.

Undergirding these remarks was the fundamental truth that all humans are made in the image of God (Genesis 9:6; James 3:9), regardless of any physical, emotional or psychological disabilities. They are precious in his sight and so they should be precious in ours. Sadly, this is not the case in Iceland, which is leading the world in the eradication of Down Syndrome, not through medical research, but through abortion.

Little did I realise that at the beginning of August a private member’s Bill would be introduced into the Legislative Assembly of NSW which would legalise the prevalence of abortion where a mother is up to 5½ months pregnant. Touted as merely “decriminalising” abortion, it effectively opens the floodgates to abortion in NSW.

Couched in the misleading language of “reproductive health care” the Bill seeks to normalise abortion in our society, without any respect for the unborn child, but merely at the indiscriminate wishes of the mother. She does not even have to give a reason for desiring the termination of her baby’s life.

There is no doubt that the subject of abortion is an emotive topic. When discussing this issue we need to be mindful of those who have had an abortion. It is never an easy decision, and it is one that we should only discuss with compassion and care for those who have chosen to have this procedure or are facing the prospect thereof.

Yet, it takes two to conceive a child, and therefore in my view it should not be the decision of the mother alone (cf 1 Corinthians 7:4). The child is not part of her body, as some would argue with the misleading and vulgar slogan of “My uterus, my choice!” The baby in the womb is a distinct, genetic entity temporarily living in her mother’s womb.

This is where we all began – in our mother’s womb. We were vulnerable, but safe; we were alive, but dependent; growing but not sufficiently grown; awaiting the day of our birth and our entrance into the outside world.

The intentional death of a child outside the womb is not just a matter for the mother or father to decide; it is a matter that concerns all society. A few months’ difference in gestation does not change this perspective.

The Bible is very clear about the value to God of a child in utero. Apart from the legislation in Exodus 21, a careful reading of which recognises the inherent worth of a child in utero with penalties applying to a person causing a miscarriage, the psalms speak eloquently of our formation in the womb and of God’s knowledge of us.

For you created my inmost being;

you knit me together in my mother’s womb.

I praise you because I am fearfully and wonderfully made;

your works are wonderful,

I know that full well.

My frame was not hidden from you

when I was made in the secret place,

when I was woven together in the depths of the earth.

Your eyes saw my unformed body;

all the days ordained for me were written in your book

Likewise, David recognised not only his personhood from conception, but also his culpability as part of rebellious humanity (Psalm 51:5).

The word of the Lord came to Jeremiah saying, “Before I formed you in the womb I knew you” (Jeremiah 1:5). John the Baptist was filled with the Spirit even before he was born (Luke 1:15). Upon Elizabeth’s hearing of Mary’s pregnancy, the “baby leaped in her womb” (Luke 1:41). This was no mere foetal kick, for John “leaped for joy” (v.44), a Spirit-inspired response to the announcement of the Messiah’s coming into the world.

When I appeared before the Legislative Council’s Committee on Social Issues last month, I argued that decriminalisation was not our chief concern. Our concern was for the life of the unborn, which could be callously terminated through this legislation, for no given reason.

Christians have long recognised that where the life and safety of the mother is jeopardised, then the removal of the baby, the unintentional aggressor from within, justifies abortion. While some Christians may wish to expand the categories of exceptions, the inherent value of the unborn must not be minimised, even if the child does not fit the expectations of a “perfect baby” without chromosomal deficiencies.

Life is God’s gift, and the taking of life should be in God’s hands alone. We honour God in the public arena when we reflect his virtues and stand up for the most vulnerable in our society, and in this case, the voiceless and unseen.