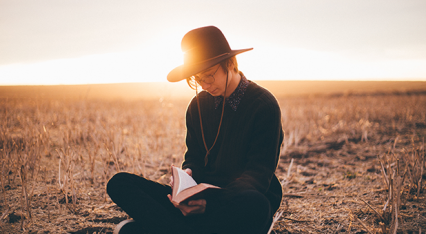 Lent is often seen as a time of self-discipline and self-denial. Founded upon the experience of Jesus' fasting in the wilderness for 40 days, Christians from early times have sought to replicate that experience in the 40 days of Lent.

Of course, such replication is impossible unless one truly fasts for this period of time, for merely giving up chocolate, coffee or wine for Lent is not quite up to the standard of Jesus' fasting!

However, perhaps our ecclesiastical forebears were aware of the strictures of fasting for 40 days in a row, so they modified this experience by declaring the Sundays in Lent as feast days, rather than fast days. Thus if you look at your calendar and count the days from Ash Wednesday (which fell on February 14 this year) to Easter Day (April 1) you'll see that there are in fact 46 days, since the six Sundays of Lent are not included in the “40 days of fasting”.

Moreover, to prepare for the rigours of Lent, Shrove Tuesday, the day before Ash Wednesday, was observed as a day of rich feasting, hence it is popularly known as Mardi Gras (literally “Fat Tuesday”) or “Pancake Tuesday” – a day for splurging before the abstemious discipline of Lent commenced.

While many Protestants rarely refrain from denying themselves certain foods in Lent – though some may abstain from meat on Good Friday – they have no difficulty in celebrating Shrove Tuesday with pancakes! That was certainly my own family's experience through my mother, who loved chicken, would regularly serve it on Good Friday, vehemently declaring that chicken was not real meat!

On the other hand, the Roman Catholic Church continues to require its adherents to abstain from meat, not just in Lent, but on all Fridays of the year, as a form of penance.

The stated reason for Catholics not being allowed to eat meat on Fridays is to remind the faithful that Jesus died on a Friday. As Jesus gave up his body (his flesh) upon the cross, it was thought that in an effort to attain greater communion with Christ, refraining from consuming meat (flesh) would achieve this.

Curiously, this form of logic suggests that communion with Christ described metaphorically in John 6 as “eating his flesh” and “drinking his blood”, would be better achieved by not eating flesh.

For Protestants, true communion with Christ is found in abiding in Christ, meditating on his word, consuming it and imbibing it. As Ezekiel ate the scroll of God's word, which tasted as sweet as honey, so he was empowered and equipped to prophesy God's words to Israel (Ezekiel 3:3; cf Revelation 10:10-11). Rather than abstinence, eating and drinking in the presence of God is a celebration of his mercy and grace. As Moses and Aaron, together with the 70 elders, went up to meet God on Mount Sinai, “they ate and drank and beheld God” (Exodus 24:11).

It is therefore not surprising that a meal was chosen by God as the memorial of his covenant with his people, of their redemption from the bondage of Egypt, known as the Passover meal.

Moreover, it was in the context of this meal that our Lord chose to give his disciples a sign and seal of his presence in the celebration of the new covenant through the Lord's Supper. The words, “This is my body” and “This is my blood” reflect the need to commune with Christ – to consume him and to imbibe him – by eating his flesh and drinking his blood, as he had taught them in the words recorded in John 6. For Jesus' words in John 6 are not teaching about the Lord's Supper; rather, the Lord's Supper is teaching us in the language of John 6 what it means to “eat his flesh” and “drink his blood”.

While the New Testament speaks of times when Christians fasted and prayed, this was normally upon special occasions that required clear direction from God for a contemplated course of action (Acts 13:3-4; 14:23). There is no doubt a place for such fasting exists today (Matthew 6:16-18) and it is regularly coupled with prayer. However, it should not be a perfunctory exercise. While its link to Lent may reflect the practice of Christians through the ages, it has no scriptural warrant and is therefore not obligatory, though it may still be useful.

Yet if you want to draw closer to God, then consume his word – it is sweeter than honey and will revive your soul (Psalm 19:7, 10). Let Lent be a time for further prayerful reflection upon God’s word, through personal reading, joining a Bible study (if not already a regular member) and making sure your attendance at church is weekly (if that is not your practice).

Lent leads us to Easter, but we have already risen with Christ in the heavenly places (Ephesians 2:4).