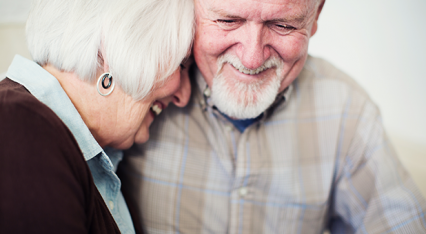 After retirement – what next?

"I just want to know what is next"

Also, people are living longer. Apparently we should now expect 30+ years in retirement. But what will we do with it? A recently retired university lecturer was speaking to a group of millennials when she found herself wiping away a tear: “I just want to know what’s next.”

She is typical of millions of baby boomers who are wondering the same thing. Women and men who were once important find themselves increasingly overlooked.

Is there more than a "vacation"?

A Google search for the word “retirement” returns a host of financial calculators along with images of grey-haired couples romantically holding hands, walking along white, sandy beaches. This constant vacation idea in retirement has led to a number of disappointed older Christians.

“At first, we enjoyed the novelty of it. I felt like I was on a permanent holiday,” says one retiree who hitched up the new caravan and joined the grey nomads on the clockwise trek around Australia (why does everyone go clockwise?). “The problem was, no matter where we went, the ‘nowhere-to-be’ and ‘no-need-to-get-back’ thing kept hitting me like a brick…  I feel like there’s a massive hole in my life. I don’t belong anywhere anymore.”

Move from success to significance

Bob Buford’s 2008 book Halftime highlighted an alternative to the constant vacation idea. He suggested Christians should move “from success to significance” when they retire. He swapped consuming for serving, and acquiring for giving. After all, retirement isn’t “biblical” – which is, of course, true. Retirement was invented about 120 years ago. Dwight L. Moody once said, “Preparation for old age should not begin later than one’s teens. A life which is empty of purpose until 65 will not suddenly become filled on retirement.”

This is probably true, but even if, like me, you didn’t think of being over 65 when you were 16, it isn’t too late to consider what you might do. And there’s plenty to consider. Andrew Cameron has written a short book, Living in the Next Phase, which contains some things that sound a little brusque at first, like, “being old isn’t a qualification to do anything”.  And, “good intentions never guarantee good performance”. But he’s right.

To give ourselves in competent service to others may require some more training. Yes, you might need to learn some new tricks! Why not a Moore College course like the PTC course? This is a great course with flexible study options like online or correspondence study. If you’re in the Sydney region you even have the option of attending PTC evening lectures. Or how about training as an Anglicare volunteer? Your gift of time and energy can really create a positive outcome for your community and contribute to a vibrant and caring neighbourhood. Anglicare has more than 2300 volunteers helping with Christian-based community projects. They will train you and connect you.

Not all the questions about retirement have easy answers for the nearly 78 million baby boomers worldwide who are facing it. But many older Christians across the developed world are dropping the vacation mentality. They are simply being ever-renewed and continue to serve God and neighbour in their spheres of influence (2 Cor. 4:16).

Retirement needs a new story. Or better yet, a very old story.