Five ways to pray for overseas missionaries in 2020 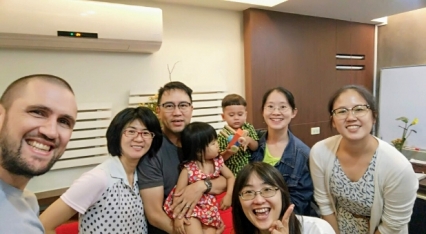 We asked five missionaries to share what life is like in their country and how we can pray for communities that have been affected by world events in 2020.

What was once a crowded country is eerily sparse thanks to the virus, with people still wary as some restrictions lift. “The vibe is starting to pick up because school is back,” says Mrs Beck McIntyre, who sent her kids for their first full school day in fourteen weeks. “The community is positive that things are getting better, but there’s still not people around.”

“Everyone has masks on and there's still plastic sheeting everywhere,” adds Mr Dave McIntyre. “If you forget your mask and go to the supermarket, you feel really looked at.”

Lockdown forced their church online, which provided an opportunity for the Japanese congregation to rethink children’s ministry. “We started doing kids talks during the service, which is something that’s never been done before [in our Japanese church],” says Mrs McIntyre. “We were preparing and delivering craft to all the Sunday school families.” 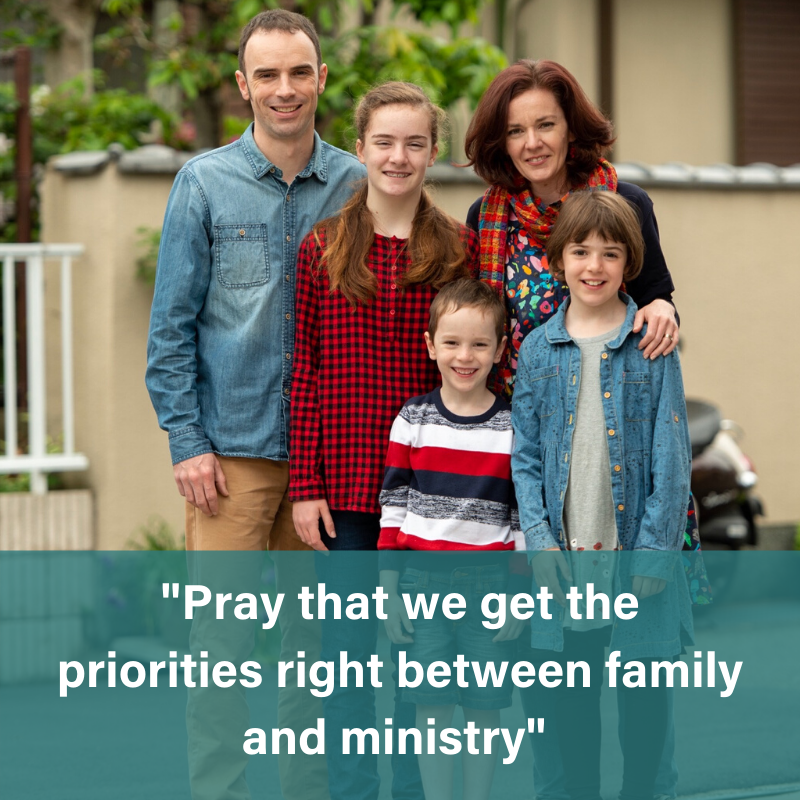 As they resume church gatherings, spreading people across three services rather than one crowded congregation, they ask for prayer for wisdom. “As we talk about great but huge changes, these will require wisdom, strength, and patience,” says Mr McIntyre. “It’s exciting to see God bring about change and we pray we can be a positive part of that. We feel we’ve been pushed to make some of the decisions we’ve been thinking about but haven’t had the impetus or reason to get it done.”

The year has been tiring, and the McIntyre’s still have down days. Mrs McIntyre feels a bit better now that people can meet. ”I look forward to being able to have face to face fellowship again. One thing we need prayer for is trying to figure out what we put back in our lives. We are trying to figure out how to make life more balanced. The area we live in is very aspirational, and kids are kept busy with extracurricular activities. We are trying to get the priorities right in family and ministry.”

With over 160,000 confirmed cases to date, France has the 5th highest number of confirmed cases in Europe. There have been weeks on end with over 500 deaths per day.  “That’s a lot of people dying who don’t know Jesus,” says Kelly, who lives and serves in the greater Paris region. “I want this to move people to pray for France, that there would be a new wave of impact of the gospel here.”

Living alone, Kelly went from hugging and greeting others with a kiss to more than eight weeks without physically touching another person. “I struggled with homesickness a lot more because I am so far away from friends and family. If something happens to my family, I can’t get on a plane and go back,” she says. 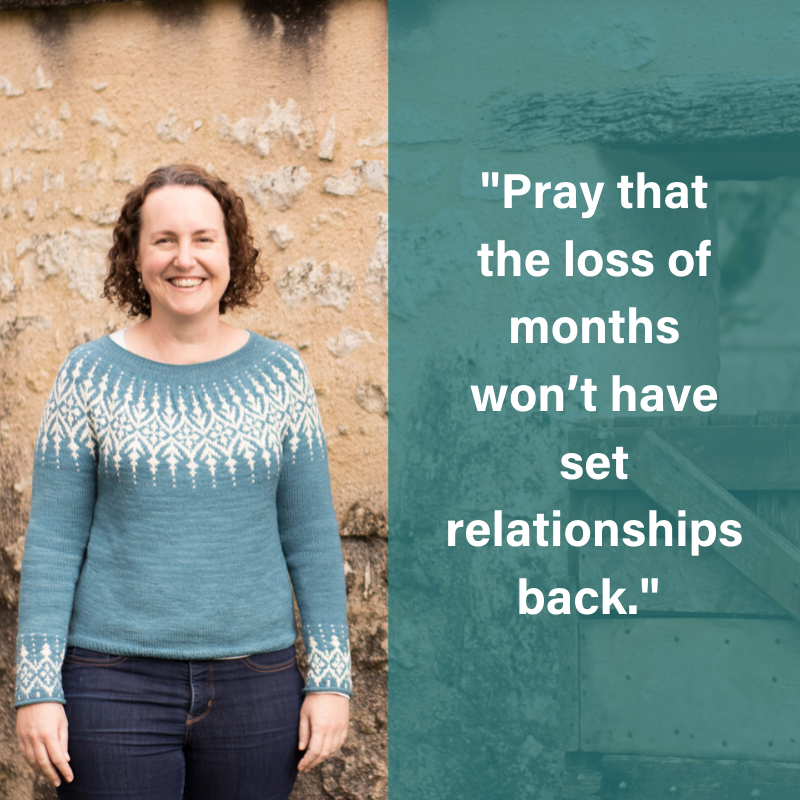 The community that they would normally connect with on a normal Sunday included a number of people who were investigating Christianity. Although they now meet online, “these people haven’t [joined us], which is a shame because if we’d had church they may have come along,” says Kelly. With summer break about to start, it could be four or five months before church resumes as normal.

“Pray that churches will see the numbers [of cases and deaths] and be confronted by the reality. Pray they would really want to love and share the gospel with those around them,” she says. “Pray that I would feel the urgency of the needs and opportunities that I have here. Pray for the relationships I have in the community. I haven’t been able to do normal things to see people, so pray that the loss of months won’t have set relationships back.”

For Sam and Shan-Shan Chrisp, life in Taiwan has been smooth in comparison. “Thankfully, Taiwan is COVID-19 free,” says Mr Chrisp. “However, we continue to have lots of safety measures in place to prevent any outbreaks. Also, during the early days, many small businesses were severely impacted.”

Although there are social distancing guidelines for large gatherings, and many are still wearing masks and checking temperatures, ministry hasn’t been dramatically affected. “We sit in spaced out seats at church, and eat food from separate lunchboxes,” Mr Chrisp says. “We take the Lord’s Supper very hygienically. Other than that, we have had the freedom to continue our language study, send our kids to school and meet with others.” 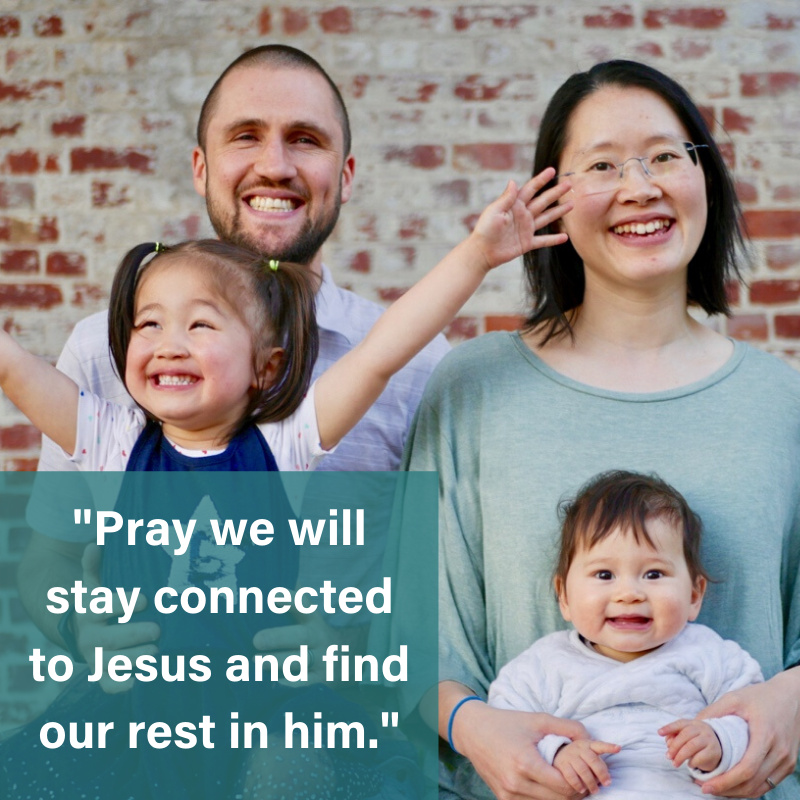 The Chrisp’s give thanks to God that they’re all doing relatively well and are in good spirits. “Pray for us to practice the principles the Church Missionary Society taught us at St Andrews Hall. Pray we would rest lots as we live with the stress of living cross culturally, and that we will listen as we talk with local people. Pray we will stay connected to Jesus and find our rest in him.”

There aren’t too many cases of coronavirus in Nick and Kysha Davies’ neighbourhood. This isn’t the case for the rest of Peru, which now has the 6th highest number of confirmed cases worldwide. The country has now been in lockdown for over one hundred days, meaning the poorest of communities have had no income for over three months.

“It’s going to get worse because of the poverty and corruption,” says Mr Davies, who is a teacher of the MOCLAM [Moore College in Latin America] theological course, along with his wife. “Seventy per cent of people buy their food day to day. They’re going to get sick.”

“There are fifteen regional hospitals that should have been fully stocked, but because of the corruption that exists, they don’t have the resources,” adds Mrs Davies. “People are being turned away from hospitals. Every Peruvian we know, knows someone who has had the disease or who has died from the disease.” 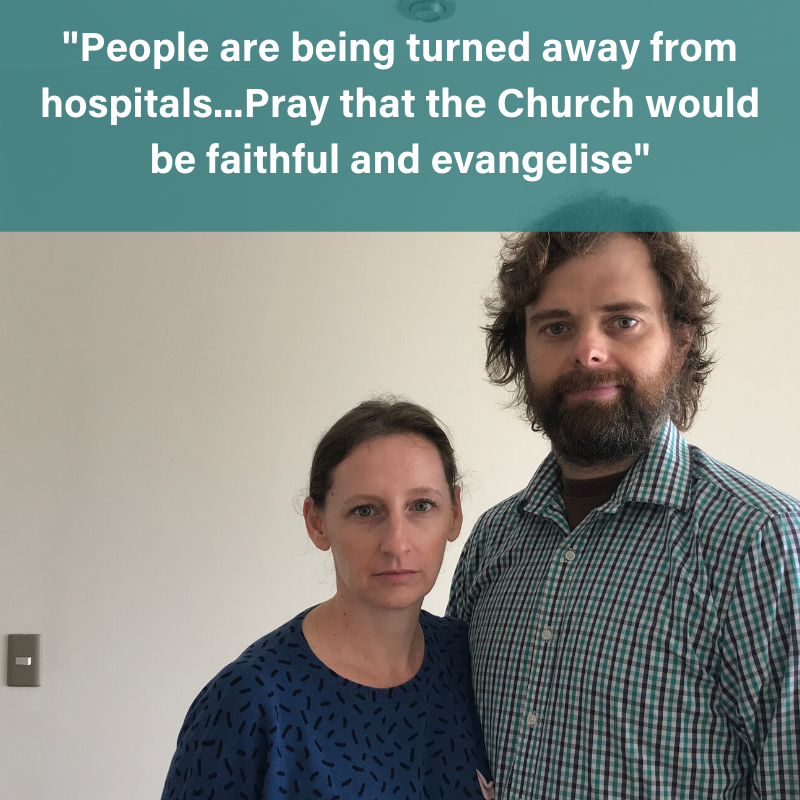 With travel banned, the Davies are limited in how they can support pastors and churches. “We talk to them every week, and each week there are more stories of people who are sick, siblings dying,” Mr Davies says. “The people in churches are busting their guts to meet up and pray with people, deliver food, bring medicine, organise things, everything they can. We’re removed from where they are, and we can’t go and visit, so we have this sense of guilt.”

Some MOCLAM teaching has moved online, but unreliable internet and ministers overwhelmed with caring for their churches means there is not much learning . The Davies are using this time to prepare for when things open and continuing to maintain relationships with the many pastors who study.

“Our concern is for Peru and the churches,” Mr Davies says. “They are working with one hand tied behind their back, because they are grieving or they lack resources. They desperately want to help people not just stay faithful, but evangelise. Pray that churches would do that well, and they would continue to proclaim Christ.”

Although the Namibian government locked down early to avoid any sort of outbreak that would strain their limited healthcare system, Namibians have had a wide range of reactions to the virus.

“This is a more spiritually aware culture,” says Mr Dan Webster, who teaches at the Namibia Evangelical Theological Seminary. “The president called an hour of prayer, so people stopped during their grocery shopping and knelt down to pray. However, there are also people who believe that Africans are immune to the disease because it hasn’t spread, so lots are disregarding the rules.”

Many Namibians live day to day, and many don’t have bank accounts or any form of savings. “Lots have lost jobs or just didn’t get work,” says Mrs Olivia Webster. “As soon as they get money, it’s communal living so they are expected to use their money on their family. You can’t plan for things financially because as soon as they get money, they give it away.”

The toll of change and transition has affected the whole country. Thanks to an established pattern of homeschooling, their four sons weren’t majorly disrupted, however they have missed playing sports and seeing church friends. 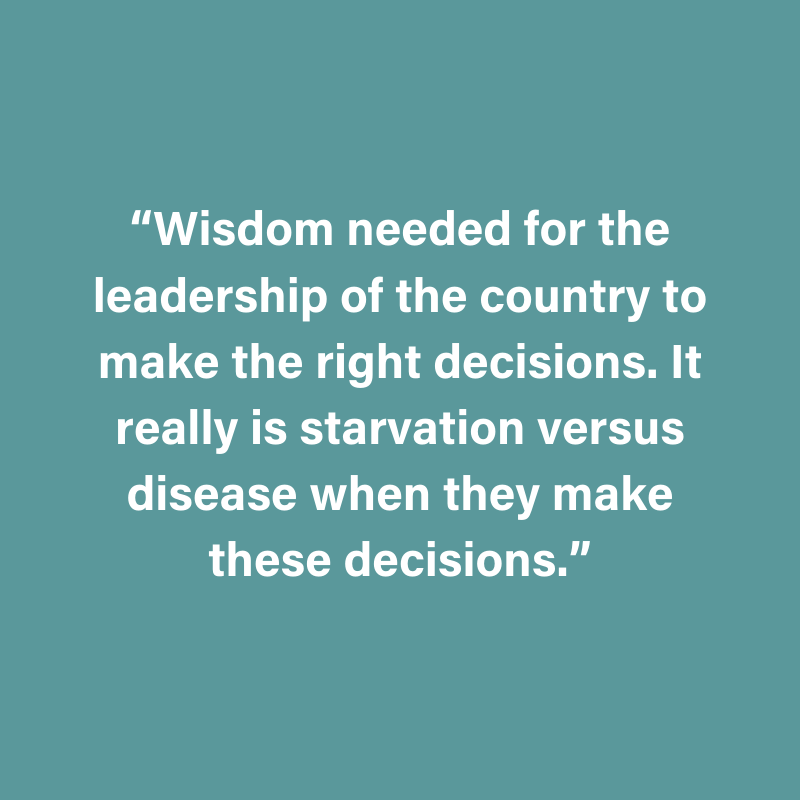 The Webster family are working out how to be appropriately generous at this time. “We’re trying hard to give to people, and so we know we need wisdom,” Mrs Webster says. “Wisdom is also needed for the leadership of the country to make the right decisions. It really is starvation versus disease when they make these decisions.”

Students are struggling with distance education, and many are unable to complete exams or assignments. “We want our college to be a Christian community, but that can’t happen in lockdown. The Internet is also expensive and unreliable,” says Mr Webster. “Olivia had the great idea of baking cookies for my students, so when morale was low and we were allowed to visit, I drove around and delivered cookies to everyone and that helped.”

“Pray students would learn and grow in whatever situation they are in, and that we would be willing to serve in whatever way. Our students are relational, this is a face-to-face oral culture, so this has made it very difficult for them. We are praying we can do face-to-face learning this coming semester.”