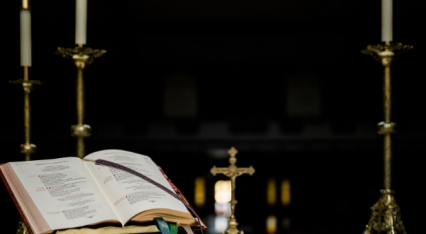 He is the most prominent Roman Catholic leader, Archbishop and Cardinal of the Australian Church and one involved in the election of both Popes Benedict and Francis and until his arrest one of the Pope Francis’ highest-ranking Cardinals, now convicted by the Australian legal system, pending appeal, of the sexual assault of two choir boys while he was Archbishop of Melbourne in 1996.

How are we to respond to an event of such seriousness?

Concern for the victims of child abuse and renewed vigilance are essential.

Can I also suggest that we stop to consider the spiritual impact this is having on our Roman Catholic friends, family and neighbours?

For many people from a Protestant background, this conviction may evoke feelings of anger, dismay and shame, feeling that the good name of our Lord Jesus Christ has been tarnished and evangelism has been made just that bit more difficult. However, for people from a Roman Catholic background, the response is more likely to be either disillusionment or conversely a fierce defence of their Church.

Disillusionment because their only hope of salvation – The Roman Catholic Church - appears so sullied and discredited, that it can no longer be relied upon, or fierce defensiveness because as broken as the Catholic system seems to be … it is their only hope for salvation.

There is little movement between attenders of Catholic and Protestant churches

However, in Sydney it is not just the Catholics that have a problem, people from a Protestant background have a problem too, but it is not primarily our own failings of leadership in the area of protecting children, though that certainly is a problem! The other problem we have is that we have so few connections with people from a Roman Catholic background so as the 10’s, no probably 100’s of thousands of people from a Roman Catholic background in our city that will just drift away from any meaningful faith in Christ … they will do so unknown to us.  They don’t come to our Churches despite whatever activities we engage in to attract them to us because their world view says … the way we relate to God is through the institution of the Roman Catholic Church … Why would I go to another smaller Christian institution? The NSCL data confirms this fact, stating,

“There is very little movement of attenders between the Catholic Church and Protestant churches. It appears that Catholic attenders who make a change tend to leave church life altogether, rather than moving to other churches.”

We find it hard to connect with them through the school years, either as kids or as parents of school aged kids because the Catholic School System educates 25% of our city but only 3% of kids at those schools identify as Protestant or come from Protestant families. Sadly, because so many of our ministry strategies don’t take account of what it is like to live as a Roman Catholic in Sydney, we won’t be able to offer many of them the simple line of hope … “You might be giving up on the Roman Catholic Church, but don’t give up on Jesus. Would you like to read the Bible with me?” because we just don’t know enough exiting Catholics well enough. That’s a big problem when they make up over a quarter of our mission field!

If people from a Catholic background make up over 1 in 4 people in our city and they are distributed fairly evenly throughout the city, then the vast majority of us will have a Roman Catholic neighbour. If you are unsure who they are spend some time in the morning outside your home and look at the uniforms the kids are wearing as they head off to school. Pray for them specifically. Then make a point of talking to them in the next week or so and compassionately ask them how the judgement on Cardinal Pell is affecting them and their family? Then be ready with a short testimony and an offer to read the Bible. Another thing you could offer them is the booklet, The Road once Travelled. Matthias Media published this book several years ago for Protestants to give to their Roman Catholic friends, arguing simply … “you might be giving up on the Roman Catholic Church … don’t give up on Jesus … read the Bible with someone.”

Churches … Our churches should be Mission central for our suburbs, enabling Christians to work together to reach the various people groups that surround us. When was the last time you prayed for people from a Roman Catholic Background specifically? Ask your ministry leaders what your church is doing to help you reach the many thousands of exiting Roman Catholics in your suburb and if you’re not satisfied with the answer … keep asking!

Our Diocese …  Support for a Diocese-wide plan to reach lapsed Roman Catholics is in its early stages. All funding at present comes from individual donors. If you want to personally support ministry to Roman Catholics in this diocese you can support the mission I lead under the oversight of the Department of Evangelism, Certainty4Eternity.

There are many things to consider in our response to Cardinal Pell’s conviction – our concern for victims of child abuse, the challenge for all organisations, especially churches, to implement policies to keep children safe, and our mission to proclaim the Good News of the Gospel of Jesus which thousands of Catholics desperately need to hear.