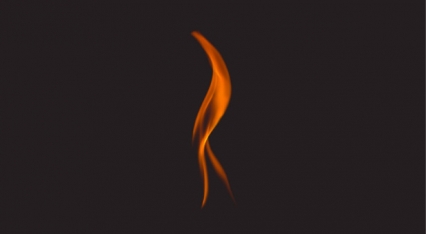 Paul’s final words to the church of God in Corinth are well known to all Christians. They are simply referred to as “The Grace”, though not to be confused with giving thanks before meals!

May the grace of the Lord Jesus Christ, the love of God and the fellowship of the Holy Spirit be with you all (2 Corinthians 13:14).

The apostle’s prayer is both simple and profound, trinitarian in character as it reflects the commitment of the Father, the Son and the Holy Spirit to all believers.

The fellowship of the Holy Spirit

I have often reflected upon the phrase, “the fellowship of the Holy Spirit”. This is both personal and corporate, just as Paul’s image of the believer’s body as a temple of the Holy Spirit (1 Corinthians 6:19) sits alongside his image of the church as the temple of God’s Spirit (1 Corinthians 3:16). As the Spirit has taken up temple residence in us, our fellowship or communion with him enables us to experience God’s gift of union with Christ.

Christian faith is not individualistic

As Anglicans, we recognise our Christian faith is not individualistic, but corporate. Because we belong to Christ, we are part of a local church; because we are Anglicans, our local church belongs to a diocese; similarly, our diocese belongs to a province; and our province is part of the worldwide Anglican Communion.

“a tear in the fabric of our Communion”.

Over the next five years Rowan Williams, the then Archbishop of Canterbury, convened various committees, task forces and panels to consider the situation. None of these resolved the matters.

When he invited the bishops of the Anglican Communion to the Lambeth Conference in 2008, the Archbishop of Canterbury chose not to invite Bishop Gene Robinson. However, neither was Bishop Martyn Minns invited, as he was then leader of a Nigerian-based church in the United States. The church had been set up for faithful Anglicans who believed that the endorsement of same-sex relationships was contrary to the teaching of Scripture. As it indeed is.

The same view had earlier been expressed by an overwhelming majority of bishops at Lambeth 1998 (expressed in Resolution I.10). In 2008, Archbishop Williams declared: “I have to reserve the right to withhold or withdraw invitations from bishops whose appointment, actions or manner of life have caused exceptionally serious division or scandal within the Communion”. Yet the Archbishop invited the American bishops who participated in Gene Robinson’s consecration, contrary to the advice of the Primates’ Meeting. The tear in the fabric of the Communion widened.

God's word has been abandoned

This failure to appreciate the gravity of the situation was to have far-reaching consequences. It prompted the formation of the Global Anglican Future Conference (GAFCON) in Jerusalem in 2008, where more than 1100 delegates, bishops, clergy and lay people gathered to preserve and promote the truth and power of the gospel of salvation in Jesus Christ as Anglicans have received it.

This became not merely a moment in time but evidenced a movement of the Holy Spirit in its desire to reclaim the truths of God’s word, despite the prevailing spirit of the age, where God’s word had been abandoned. No Sydney bishops attended Lambeth 2008, whereas they all attended GAFCON 2008 in solidarity with those who still believed in the Reformation formularies of the Church of England.

Christian Churches are unified by our Lord, faith and baptism

Now, more than a decade later, Justin Welby, the Archbishop of Canterbury has called together the bishops of the Anglican Communion. However, unlike his predecessor, he has chosen to invite three bishops who are in same-sex relationships. Moreover, somewhat surprisingly, where the bishops’ spouses have been invited, the Archbishop has not invited the spouses of those bishops in same-sex marriages, because they are in violation of Resolution I.10.

The incoherence of this is hard to fathom. He is excluding those who have married a bishop of the same sex but invited the bishops themselves! He seems to have ignored the fact they, too, are clearly in contravention of the 1998 Lambeth Resolution (I.10). When challenged about this inconsistency, the only answer from the Office of the Archbishop was that Lambeth is for bishops – that is, bishops in the Anglican Communion, regardless of their beliefs and actions.

It is worth remembering the very first Lambeth Conference in 1867, where Archbishop Longley of Canterbury stated the reason for gathering the bishops of “the Reformed Church in visible communion with the United Church of England and Ireland” was for the purpose of cementing yet more firmly the bonds of Christian communion between Churches acknowledging one Lord, one faith, one baptism, connected, not only by the ties of kindred, but by common formularies… our very presence here is a witness to our resolution to maintain the faith, which we hold in common as our priceless heritage, set forth in our Liturgy and other formularies.

Sadly, not all the bishops who have been invited to Lambeth 2020 adhere to our “common formularies”, as neither the Thirty-nine Articles nor the principles of the Book of Common Prayerare considered as standards of doctrine for many Churches in the Anglican Communion.

This causes us to consider what exactly is the Anglican Communion. Who decides who is part or not a part of this worldwide body?

Historically bishops from around the world were invited by Canterbury to come together in conference for fellowship and the resolution of difficulties. It was their fundamental agreement on doctrine that always undergirded their deliberations.

It is highly regrettable to say this, but I believe the Anglican Communion has lost its moorings and has become, effectively, the “Canterbury Communion”. In other words, rather than the Archbishop of Canterbury inviting those bishops who uphold the foundational trio of the Bible, the Book of Common Prayer(1662 edition, which includes the Ordinal) and the Thirty-nine Articles, he has erred in two respects. He has failed to invite bishops who uphold Reformational Anglicanism and has invited bishops who have repudiated these fundamental truths.

For this reason, we can be thankful the Constitution of the Anglican Church of Australia defines our communion with other Churches doctrinally, not historically. Section 6 states it in this way:

This Church will remain and be in communion with the Church of England in England and with churches in communion therewith, so long as communion is consistent with the Fundamental Declarations.

Our Constitution does not tie us to Canterbury. It ties us to the Church of England, but only as long as its doctrine is “consistent with the Fundamental Declarations”.

If England were to depart from the “commands of Christ” or from “His doctrine” the Anglican Church of Australia would no longer be in communion with the Church of England. Our communion with other Churches is similarly grounded in doctrine, not merely ‘the ties of kindred’.

The seriousness of departing from the commands of Christ, as evidenced by the recent decision of the Anglican Church of Aotearoa, New Zealand and Polynesia to allow bishops to authorise the blessing of same-sex unions in their dioceses, caused our national General Synod Standing Committee to note that this decision “is contrary to Resolution I.10 of the 1998 Lambeth Conference and is not in accordance with the teaching of Christ (Matt 19:1-12)”. Accordingly, the Standing Committee of the Australian Church noted that relationships “have been impaired in the wake of this change”.

For these reasons the Sydney bishops have each, of their own volition, declined the invitation of the Archbishop of Canterbury to attend the 2020 Lambeth Conference. They have communicated graciously with the Archbishop of Canterbury and explained their reasons for not accepting his invitation. They have done so because the Lambeth Conference no longer reflects the Anglican Communion, a communion of Anglican churches who share the same fundamental beliefs, encapsulated in the Anglican trio of Bible, Book of Common Prayerand the Articles.

Canterbury may wish to invite those who have repudiated the teaching of Christ and the doctrinal declaration of the 1998 Lambeth Conference, but it will merely be a meeting of the Canterbury Communion.

What is it that binds us together?

If we return to the apostolic Grace of 2 Corinthians, it is the fellowship of the Holy Spirit that binds us together in Christ, not the historical ties of the British Empire. This was the view of the bishops who gathered at Lambeth in 1920, who issued an Encyclical Letter to “The Faithful in Christ Jesus”.

For half a century the Lambeth Conference has more and more served to focus the experience and counsels of our Communion. But it does not claim to exercise any powers of control or command. It stands for the far more spiritual and more Christian principle of loyalty to the fellowship. The Churches represented in it are indeed independent, but independent with the Christian freedom which recognises the restraints of truth and of love. They are not free to deny the truth.

They are not free to deny the truth

The constraints of truth and love have persuaded us not to attend the Lambeth Conference. While it has been argued that the absence of conservatives will lessen the impact on the conference and prevent our voice being heard, it is our very absence that sends the loudest message. Our voice is clearly heard even from a distance.

If Lambeth 2020 were to overturn or modify Resolution I.10, then that would sound the death knell of the Canterbury Communion, but not of the Anglican Communion. For, we shall continue to strengthen the Anglican Communion and the proclamation of the gospel through our association with the Anglican Future movement (GAFCON), the fellowship of faithful Anglicans around the globe. After all, the Gafcon Primates, who met in Sydney last month, represent 50 million Anglicans of the 70 million Anglicans in the world.

Our fellowship of the Spirit is a communion grounded in the truth, the truth of God’s word and his gospel. When the structures that were put in place to guard this communion fail, it is incumbent upon us to renew, reclaim and refresh those structures for God’s mission in the world and for the greater glory of God.

For the greater glory of God