How to preach a binge-worthy sermon 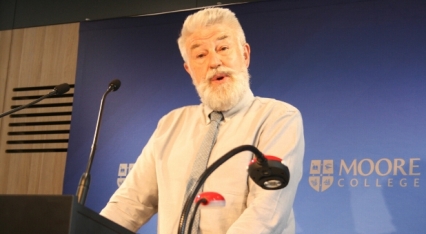 There is a theory around that people’s attention spans have grown shorter, so they won't listen to long talks or sermons any more. It’s a theory that visiting English preacher, Nigel Styles, doesn’t subscribe to.

“I think that's a load of nonsense,” he tells Southern Cross. “Isn't it interesting that people are saying that at the very time when people are bingeing on Netflix series? My kids will happily concentrate on a story for five hours watching it on TV. So, I don't think [the problem is] the length of concentration span!”

This doesn’t mean the former actor and long-time senior minister, most recently of Emmanuel Church in Nottingham, isn’t committed to improving preaching. He visited Moore Theological College last month as guest speaker for the John Chapman Preaching Conference. Now the director of The Proclamation Trust and Cornhill Training Course in London, he spoke to students on the topic of “Preaching Old Testament narrative”.

“I think there are a number of things [at work],” he says. “The best preaching sounds like dialogue, even though it is one person speaking. It sounds like you're listening to somebody in conversation with the original author, [teasing out] the pastoral intention of the person who wrote this in Scripture. Then there's a dialogue between the preacher and me, the listener.” 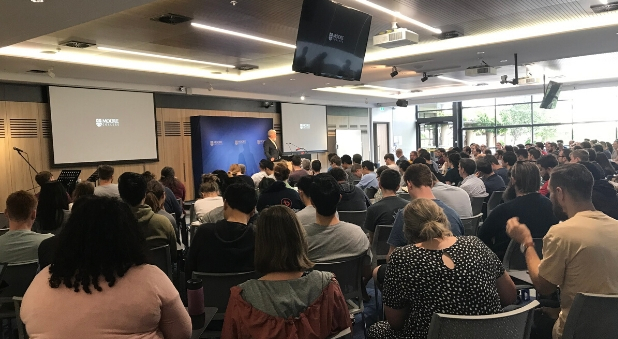 Mr Styles encourages preachers to “cut with the grain of the passage” to bring out its original meaning.

That kind of dialogue, he says, “makes preaching come alive”, because the preacher is bringing out the original intent of the passage to help listeners understand the text.

On a flying visit, Nigel Styles says he hasn’t heard the preaching in Sydney, but admits that “amongst conservative evangelicals who think that preaching is really, really important… a lot of our preaching in the UK is very dull”.

Preaching should answer the questions the passage is asking

As an example, he talks of sermons that either bring out points the passage isn’t making, or focus on verse-by-verse observation. Yes, there is plenty of effort to apply the passage, and yes, the sermons often include a lot of “story and example”. However, he adds, “what it sounds like is, well, kind of exegetical thoughts and exegetical commentary. You know, it can sound very dull. 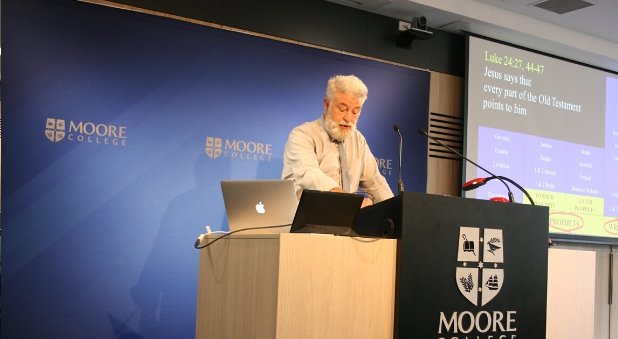 “I think what makes preaching exciting, and what really won me to believe in the power of God's word to grow the Christian and to grow the church, was the kind of preaching that really understood what the questions were to which this passage was written as an answer.”

The "ideal length" for a sermon

Mr Styles’ preaching session was packed with students taking notes and asking questions. But he steered clear of naming the “ideal length” of sermons – believing instead that it is related to what a church’s regular congregation is used to.

“It's amazing how our body clock... gets set to what we think is the ‘normal’ length of a sermon,” he says. “So if the church you normally go to has 20-minute sermons, you go to a sermon in another church and it's only 18 minutes, you feel shortchanged. And if it's 22 minutes, it feels like an age.

“In the UK, some church sermons would be 50 minutes to an hour. I go to those and I think they last an age, but the people in the congregation don't think that at all.”

He adds that, during the Cornhill course, students are trained to preach all kinds of lengths.

To use a word borrowed from Netflix, it has to be binge-worthy.