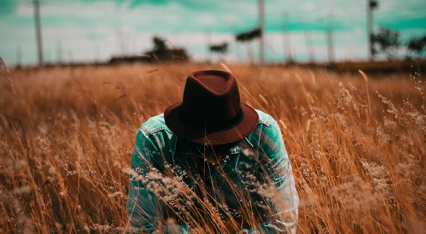 Take a drive into the country and you’ll see rolling hills of red dirt and crispy yellow grass. The drought is crippling farmers and rural economies, and it doesn’t look like relief is coming any time soon.

“The short version is that it’s pretty tough,” says Rev Ted Brush, the Bush Church Aid’s NSW & ACT Regional Officer. Since stepping into the role in January, Mr Brush has seen the toll that the drought is taking on towns.

“Then please pray for God to send rain in this season. When people find Jesus, pray they find the strength to persevere in a time of testing. Ask God to strengthen people and their states of mind. You can pick yourself up if your head is together. Pray in that direction.”

Mr Brush says that while prayer is a first priority, people are still in need of supplies and financial assistance. There are two great appeals running at the moment that are seeking to offer assistance, the BCA Society and also Anglican Aid .

We have underestimated the impact a simple phone call can have. “If you know people in the bush, then don’t be shy. Stay in touch,” says Mr Brush, who has been ringing rural ministers regularly all year. “They just want to talk about what’s going on. They tell stories. They are feeling the weight of it. You can care for people. If you have relatives or friends in the bush, be in touch. They will need that encouragement.”

Mr Brush finishes his list as he began, with a request for us to keep praying.