[In Depth] What kind of Church do we want to be? 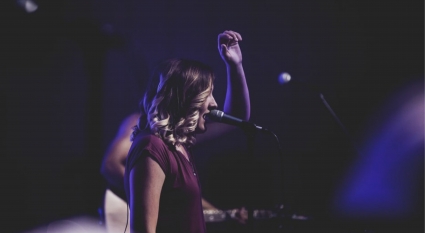 Recent events have reminded us how easy it is to be trapped in a sub-cultural bubble which obscures what is happening in the wider world. We can think we know what the thoughts and concerns of others are but, really, it is only our own immediate context that we know. Sometimes it takes a surprise election result to remind us that not everyone in the country is thinking the same thoughts!

We are consistently told that Christianity is dying out

It is just as easy for Christians to believe we already know what the wider community thinks. The story told repeatedly in the press and elsewhere is that Christianity is dying out, as is religion more generally. Australians have grown weary of the gospel message. They’ve heard it and they don’t want a bar of it. The scandals of recent years have thoroughly discredited us and there is no way back. We hear of declining church attendances and assume that’s the proof.

Our response to this story can often run in either of two directions.

Some will be convinced we need to soften or make the challenge of the Christian gospel more “nuanced”, seeking some kind of accommodation with the dominant forces of the 21st century. That we should stop using the language we have been told is most offensive (while of course trying hard not to discard the truths this language was meant to convey). We should become culturally savvy Christians and concentrate more on intelligent cultural engagement.

Others will adopt a defensive mindset: the world won’t listen, so let’s protect what we have. We’ll concentrate on refining the programs already in place, ensure these are sustainable and do what we can to stem the haemorrhage. Our focus needs to be more on the local congregation, building its sense of community and ensuring its integrity at every level.

On one level there is nothing wrong with Christian cultural engagement. It is good to keep working at bringing Christian perspectives to bear on issues in the public square. Nor is there anything wrong with strengthening the life and every-person ministry of the local congregation. The counter-cultural love within the Christian congregation, a love that reaches across the usual divides of age, gender and race, is a powerful testimony that God is at work among us.

The positives of cultural change

Yet I’d like to suggest that this moment cries out for another response. We’d be foolish to pretend the changes and challenges of the moment are insignificant. They are real – but they are not all bad. I rejoice that we live in a time with greater accountability and a determination to protect the vulnerable, a greater awareness of our failure to respect the first nations of this land, the beautiful tapestry of cultural diversity that is a result of immigration, and technology that connects us wherever we are in the world. Yet more is going on.

Christianity continues to grow at a phenomenal rate

When we take a global view the world is becoming more religious, not less, and Christianity continues to grow at a phenomenal rate. Yes, there has been a decline in the West, but the world is more than the West! Even here, while Census figures and other surveys show fewer Australians are willing to identify as Christian, every week men, women and children are still coming to faith. There is still a spiritual restlessness in many quarters.

How do we introduce people to Jesus?

The need is the same as it has always been. Men and women need to be introduced to Jesus, who knows everything about each of us – the darkest secret, the failures and insecurities – and still loves us beyond anything we could imagine. People need to hear his invitation: “Come to me, all who labour and are heavy laden, and I will give you rest. Take my yoke upon you, and learn from me, for I am gentle and lowly in heart, and you will find rest for your souls” (Matt. 11:28-29). The message is still, “The time is fulfilled, and the kingdom of God is at hand; repent and believe in the gospel” (Mark 1:15).

I am not suggesting everyone is a “big E” evangelist. There are some people who are gifted well beyond the norm in this area. Nevertheless, those who have met with Jesus have never been able to remain silent about him. So our congregations ought to be full of men and women for whom evangelism is the natural response to this moment. If ever there was a time when the harvest was plentiful (Matt. 9:37) it is this one.

What kind of Church do we want to be?

What kind of church do we want to be as we enter the third decade of the 21st century? What kind of Diocese do we want to be? My prayer is that, above all else, what energises us will be a concern to see men and women saved as they come to Jesus in repentance and faith.

I pray we will renew this priority in the training we do with each other, with the allocation of resources at the local and diocesan level, and in the activities we organise. We mustn’t believe the lie that the gospel has been rejected by most Australians. The truth is that most Australians have never heard the gospel. And then there is the world.

Most Australians have never heard the gospel

Dr Mark Thompson is the principal of Moore Theological College and attends St Andrews Cathedral, where he is thrilled about this year’s Meeting Jesus events.