Long term ministry on the farthest edge of the Sydney diocese 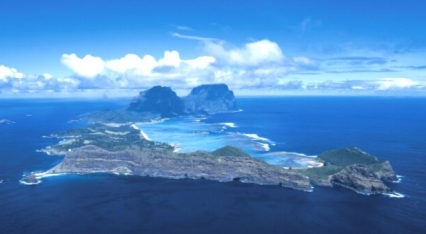 Many Sydneysiders don’t realise the Diocese of Sydney extends east from the coast of NSW to encompass Lord Howe Island and Norfolk Island, where church life and outreach is very different.

Lord Howe is the smaller of the island groups, with an area of just 14 square kilometres. It has a population density of just 26 people per square kilometre, compared with 407 people per kilometre in the greater Sydney area. It is a ministry challenge which concerns the regional bishop, the Bishop of South Sydney, Michael Stead.

“After more than a decade of fruitful ministry under the leadership of the Rev Zac Veron, the time has come for a new phase in the ministry on Lord Howe Island,” Dr Stead says.

“For the past 12 years the island community has been faithfully served by a succession of locums who have come to the island for a month or two at a time, under the oversight of Zac Veron. We now have an opportunity to pursue longer-term ministries, commencing with the ministry of the Rev David Mansfield – who will assume responsibility for ministry on the island over the next two years.”

Mr Mansfield, who retires as the director of Anglican Aid in August, now plans to spend the majority of the year on the island with occasional visiting ministers.

“I am very grateful to Zac for the leadership he has exercised over the last 12 years, and for the opportunity to serve in this honorary capacity in the first couple of years of ‘retirement’,” Mr Mansfield says.

“To get back into weekly expository preaching after many years on the road around the Diocese, and to work out ways to build relationships and share the gospel of the Lord Jesus with the wider community, is triggering all sorts of ideas and excitement.”