Meeting people where they are at 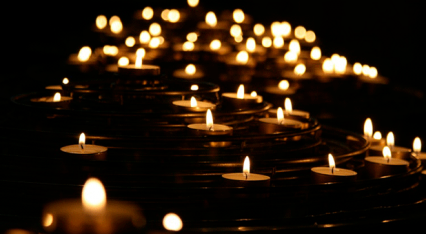 As Christians seeking to share the gospel with all people - what do we do when we meet someone who is already ‘religious’? The nominal or lapsed Catholic is a case in point. Mark Gilbert from Certainty4Eternity shares some thoughts

When we think about the characteristics of the Gospel we are sent to proclaim, Grace, God's ultimate act of self-giving in the person of his Son, would have to be the determining characteristic to which all other characteristics of the Gospel serve. One of the ways you can see this grace in action is the way that that the Gospel almost always, if not always, comes to people in the context they are already in. Jesus meets the fishermen in their fishing boats, the synagogue leaders in their synagogues, the tax collectors at their booths, the prostitutes in the streets, the Roman officials in their courts and the criminals on the cross. Indeed, the incarnation is God's ultimate way of meeting sinful humans where they are at in the likeness of fallen man (Phil 2.7-8). Paul adopts a similar strategy being like the Jews to win the Jews and like the Greeks to win the Greeks.

One of the most helpful lessons I've learnt in ministry to people from a Roman Catholic background is to meet them where they are at and not to expect them to meet us where we are at as Protestants.

One practical example of this struck me as I looked at the sort of evangelistic material available for Catholics. Much of it was carefully argued positions from the Scriptures about why we were right and why Catholics were wrong. But for Catholics, most of whom primarily know God through belonging to the Church, through their relationship to their priest and through their sacramental experiences, this type of material is quite foreign.

Now if we are to engage in effective evangelism shouldn't we seek to communicate with people in a way that is natural to, and understood by the person we are seeking to persuade rather than in a way that is more natural for us?

Where are they at?

Roman Catholics in Sydney have an expectation that they will relate to God by;

" Belonging to a church

" Through a mediator or priest.

It's worth recognizing that many Protestants, whilst recognizing these ways of knowing God, would primarily seek to relate to God by apprehending him through understanding Jesus revealed in the Scriptures.

If we seek to evangelise Roman Catholics in a way that takes account of these particularities, then these are some of the ministries that might logically follow.

Ministries based on a sense of belonging

If a Catholic person is seeking to know God in the context of belonging to something, then ministries that focus on inviting Catholics to belong to groups prior to and in order to apprehend Jesus through the scriptures should be effective. Anecdotally in Sydney I have seen more Catholics converted by belonging to youth groups, mothers groups, Bible study groups, even sporting teams with a few Christians on them than through more individualistic approaches.

Ministries that flow out of knowing God through Religious Experiences

Every Christian has a unique experience of God. It is the experience of trusting God at his word in his world. We call it our story or our testimony. Testimony sharing seems to work particularly well with Catholics and is often the method Catholics choose when they try to evangelise Protestants because of the importance Catholics place on knowing God through sacramental experiences.

In postmodern contexts, where truth is relative, testimonies carry an authority of their own that cannot be challenged in contrast to the way scriptural arguments are frequently challenged with the statement, "That's your interpretation".

Sharing a testimony with a Catholic often opens up questions like, "How can you be sure you're going to heaven?" and "How can you make sense of the Bible when you read it?" this is in contrast to arguments from the scriptures that tend to shut questions down. Other Protestant religious experiences that Catholics also seem to be attracted to are; musical worship, conferences and compelling preaching.

Ministries that flow out of knowing God through a Mediator

Protestants hold to the truth that we know God through one mediator, Jesus Christ. Protestants and Catholics both hold to the authoritative character of the Scriptures, however for Catholics other authorities are also involved - both earthly and otherworldly. Rather than trying to tell Catholics what the Bible says when they won't recognize our authority as non-Catholics, instead, we can show Catholics how to read and understand the Bible for themselves so they can know God through an authority they recognize.

As we engage in the mission of the Gospel to all people groups, two important principles that flow out of the grace that characterizes this gospel are; the importance of allowing the particularities of the people groups we are seeking to reach to take prominence, and allowing these particularities to effect the way we communicate with them so that we communicate with people in a way that is natural for them, not us.

By applying these two principles to people from a Roman Catholic background, many fruitful ideas for ministry can emerge. I hope you will prayerfully consider speaking up for Jesus in your next conversation.