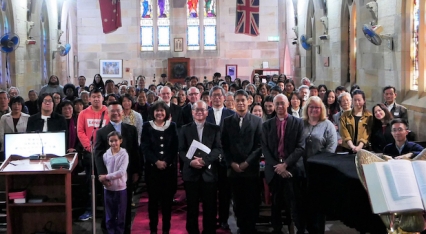 The people of St Mark’s, Granville have welcomed 44 new adult members plus children following the merger of the Chinese-speaking People’s Christian Church into the Anglican church.

The rector of Granville, the Rev Canon David Wong, says links between the two churches grew over the past few years – from leaders sharing fellowship, to PCC members involved in St Mark’s summer camps and St Mark’s leaders helping out with PCC’s youth ministry.

The policy of the independent church had been to eventually join an established denomination. Canon Wong says when leaders approached St Mark’s about joining the Anglican Church, “We opened our arms wide!”

He adds: “They went back and had their vote with the whole congregation and almost every one of them agreed to join and come, to merge with St Mark’s church.”

The independent church has boosted the ministry possibilities of St Mark’s even more, as the parish seeks to reach out to its local community in a practical way.

Bishop Ivan Lee, who officially welcomed People’s Church members into the Anglican Church on June 30, says, “As a bishop, it has been wonderful to see how a very traditional church can have a heart for mission and has been willing to make the necessary changes to reach out to such a multicultural area. 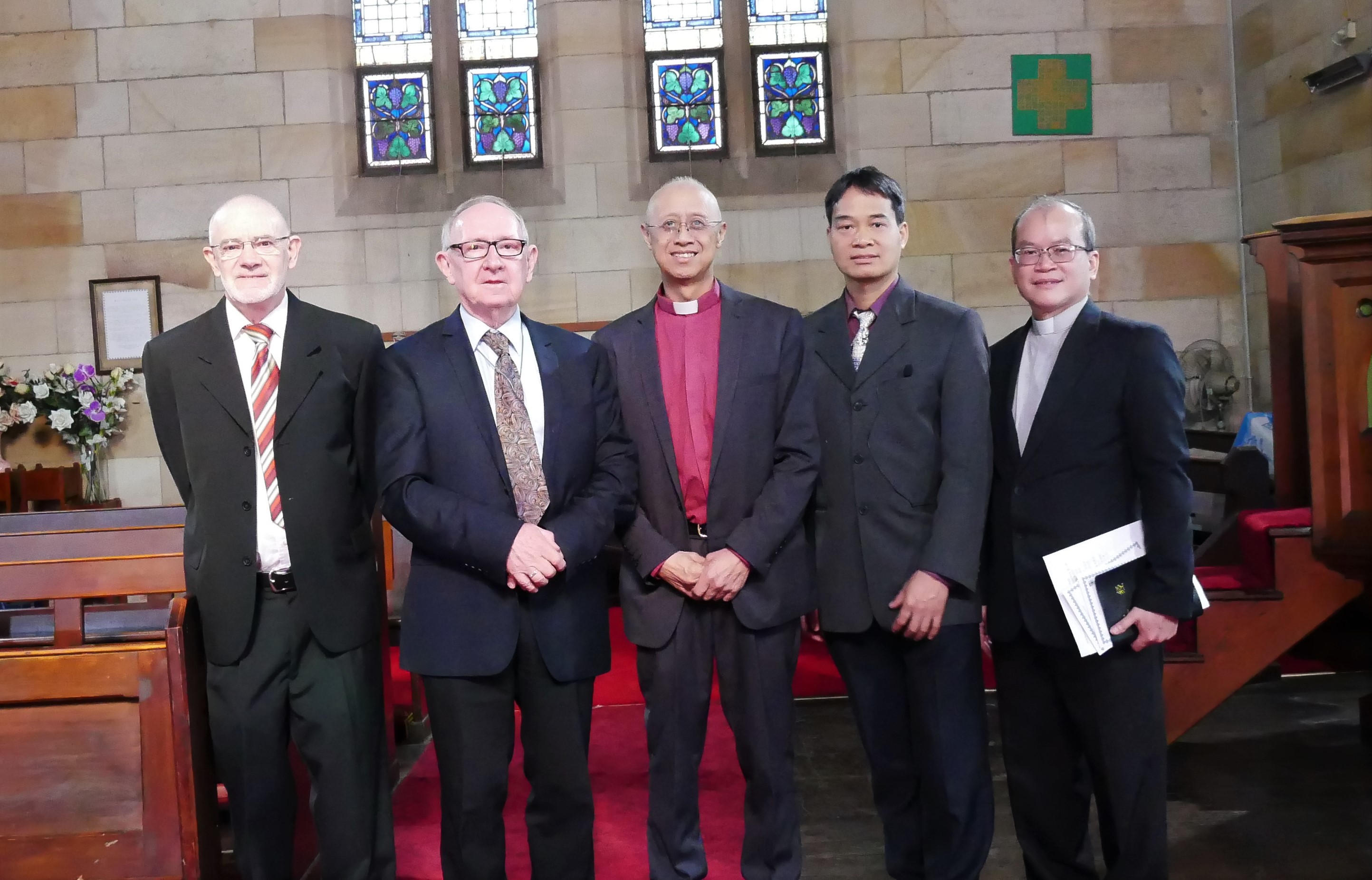 "It is wonderful to see"

“One of the wardens, Bill Palmer, said to me with great delight: ‘For years we prayed that we could somehow reach the local community, but it started when David Wong arrived as our new rector. One of the first things he did was to change the church sign to both English and Chinese, and now we have multiple congregations and so many people coming from the community’.”

Canon Wong, who also has responsibilities as a church planter with the Archbishop’s Advisory Board for Chinese Ministry, agrees that such a simple act as changing a church’s signage can bear fruit for the gospel, particularly in a suburb where the vast majority of people speak a language other than English at home.

“One of the first Chinese people to come to the church was a non-Christian woman who saw the sign, and she called me asking how she can become involved,” he recalls. “I told her we were about to start up a Mandarin service, so she came and played piano for us… and she’s still at the church! She didn’t live far away and every time she walked by, she thought it was this Anglo place – but when she saw the sign, she called me. A few others saw the sign and just walked in.”

St Mark’s now has five congregations: two in English (with a mix of cultures), two in Mandarin and one in Cantonese. Canon Wong says the next step for the parish is to have more intensive training in leadership – to prepare the younger generations for future responsibilities in the church – and personal evangelism.

“Outreach is important,” he says. “Through our [Anglicare] mobile pantry we are connecting with a lot of people but we don’t have a clear strategy to reach out at the moment. We have English classes and a playgroup – there are many Indian families in the playgroup. The next level for us is not only how to connect to these people groups but also reach out to them with the gospel.”