My prayer for God’s grace for our government 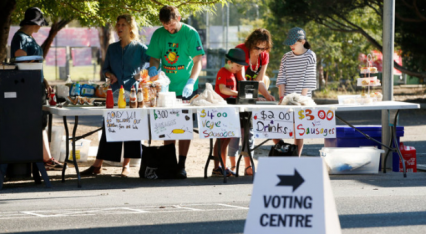 The ninth chapter of Daniel is one of my favourite parts of the Old Testament. It is a remarkable piece of prose, mostly comprising a prayer to God to forgive Israel her sins and to fulfil his promises to his people. Yet it concludes with a stunning response from God, sent by his angel Gabriel, announcing the fulfilment of his promises – on perhaps a grander scale than Daniel had ever expected – culminating in the coming of the Messiah and the end of this world as we know it. All this is wrapped up in the symbolic imagery of the 70 sevens, which usher in everlasting righteousness (Daniel 9:34).

The fulfilment of God's promises is special

That Gabriel only appears in Daniel and in Luke’s birth narratives demands careful reflection upon the announcement and fulfilment of God’s promises to his people and the special part that Gabriel played in that time frame.

Chapter 9 begins with Daniel reading his Scriptures, in particular, that part of Jeremiah which prophesies the desolation of Jerusalem lasting 70 years. This can be found in Jeremiah 29:1-23, which records his letter to the Exiles in Babylon. When Daniel reads this letter, recognising that 70 years have passed, he does what Jeremiah predicted the Exiles would do: he prays (Jeremiah 29:12-14; Daniel 9:3). And the end of that chapter records God’s answer to his prayers.

Prayer was a constant feature of Daniel's life

During Daniel’s life in exile, he lived under four different foreign kings and two empires. He had grown up in Judah, under the protection of a king of David’s line, yet in the providence of God he was captured and sent to Babylon for a university education that held no place for the Creator God or an understanding of his ways. Yet, by God’s grace, Daniel’s faith and witness enabled his wisdom to outshine all the other wise men of Babylon and he came to the attention of the kings, such that he was given great responsibility under their successive governments. Prayer was a constant feature of Daniel’s life. Even when the threat of death might have persuaded him to desist, he would pray and offer thanks to God (Daniel 6:10).

Christians should pray for our leaders

As Christians, we should always pray for our nation and its leaders. Paul exhorts us to pray for rulers “that we may live peaceful and quiet lives in all godliness and holiness. This is good and pleases God our saviour, who wants all people to be saved and to come to a knowledge of the truth” (1 Timothy 2:1-2). It would not be surprising that Daniel prayed accordingly, as he was certainly not afraid to call kings to repentance (Daniel 4:27).

I am encouraged as I move around the Diocese to hear prayers for those who govern us at local, State and Federal levels. This is especially important in the lead-up to an election, which is now, again, upon us.

This is especially important in the lead-up to an election

Not all Christians share the same political views, nor is it possible to find a political party that exactly espouses our political views. We need wisdom for deciding what issues to prioritise when casting our vote. Yet we all need to pray, whatever the outcome of the Federal election, that Australia has a government that is committed to the common good for all Australians, protecting the freedoms that we enjoy in our land.

We need a government committed to the common good of Australians

Each of us will have special interests in policies on health, education, the economy, the environment, immigration, or issues of justice for Indigenous Australians, the poor, the marginalised and the vulnerable. However, what may be critical in this election is the protection of our freedoms: freedom of conscience, freedom of speech and freedom of belief.

There are some critical issues facing us as a country: will faith-based institutions and schools be able to teach their beliefs and preferentially employ staff who share those beliefs? Will parents have rights to withdraw children from school programs that are contrary to their beliefs? Will there be protection from discrimination on the basis of religious belief? Will medical staff be able to refuse to assist in abortions or euthanasia? Will there be reasonable accommodation for people of faith in the workplace?

Daniel lived in challenging times. He experienced the deprivation of his freedom in many ways. Yet he was a man of faith, and by God’s grace he was able to prosper. He held firm to his beliefs. He was a man of prayer. He looked for the coming of the Messiah. May we, who have seen the salvation that has come in Christ, be no less prayerful that God would give us good government, for the benefit of all Australians and for the glory of his name.