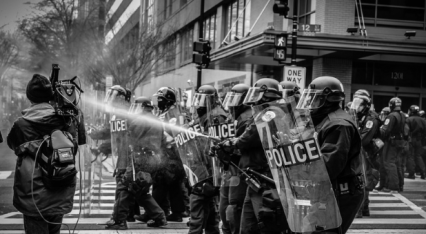 Democracy in Australia is broken

It was supposed to be a holiday from politics. A getaway from the rough and tumble of a tumultuous parliamentary year, which ended with a bitter debate and parliamentary stalemate on schools and religious freedom. A year that many labelled as politically chaotic and dysfunctional.

So, we were taking a quick breather in Melbourne before returning for what would be a busy election year. A chance to see the laneways. Drink coffee. See more laneways. Don’t think about politics or religious freedom.

And so, to Christmas Day. We googled to find a nearby church. Christmas morning. A warm welcome. Coffee before church. Brilliant kids’ spot. And then the sermon. It was going so well. Then the preacher said these words: “Democracy in Australia is broken”. It wasn’t his main point – that was, happily, about Jesus coming into the world to save people from sin.

And yet, that throwaway line! I think he said the words because he felt they needed to be said. It was a way of connecting with the fears and concerns of the congregation. It should have been a shocking statement, even if taking preacher’s hyperbole into account. But nobody blinked. They were with him. Democracy broken? Of course.

We have lost the ability to negotiate

There is a weary resignation that politics is dysfunctional and democracy is broken. We no longer find it easy to do life together, to negotiate differences, to chart a course into the future with confidence and hope. Everywhere we see chaos, confusion and polarisation.

That sense of frustration and despair is not just in Australia but throughout Western liberal democracies. At the time of writing Paris and Brussels were burning. Yellow-vested protestors battle the police. Europe is seeing the rise of anti-Semitism, nationalist strong-man politics and a very real debate about what it means to be European. The UK is torn over Brexit. The US government is in partial shutdown and there are calls to impeach the President.

Nazis are marching on the beach in St Kilda. Twitter is a vile cesspit of influencers, trolls and echo chambers. Everywhere politics feels more polarised and bitter. And the speed of all this is disorientating. There is a plethora of books, blogs and journals trying to make sense of the same chaos.

The problems with tuning out

Some Christians will not be interested in all this. They will say God’s kingdom is not of this world; we will simply live for that kingdom and not be distracted by the politics of this age. Kingdoms will rise, kingdoms will fall – that is not to be our concern. In tumultuous times, these Christians will feel vindicated that their hope is not in earthly rulers.

There are a few problems, though, with this approach.

The crisis in democracy has taken place at the same time that Christians in the West have faced increasing pressure from growing secularism. That is no coincidence. Democracy in the West largely grew out of shared and predominantly Christian convictions that there were great truths binding us together. Democracy came with the rule of law, freedoms of belief, speech and association, and the separation of powers – wonderful things that we rarely think about. Achieving democracy and freedom was costly for other Western countries but largely a gift for us.

The dismantling of long-held shared beliefs is the biggest change in the post-Christian 21stt century world. The centuries-long Enlightenment project of European humanism has crowned the individual alone as the king. Independent of any law above him or legacy before him the citizen is autonomous. Life together will no longer be done according to agreed belief in what is good or sacred. There is no common belief that binds us. Free of the authority of churches and dogma we can decide for ourselves how we are to do life together.

Interestingly, we have not seen a wholesale abandonment of the truths of the past. Even the most progressive politicians claim a central belief in the dignity of human beings as the basis for human rights.

This claim to maintain human rights while simultaneously jettisoning so many Christian beliefs about what it means to be human will likely be the cause of much future conflict. The marriage debate is but one example of that – marriage was reformed in the name of freedom, equality and individual choice. Political conflict over gender identity, euthanasia and abortion are symptomatic of this deeper conflict about what it means to be human and have human rights.

What then, is the Christian response to the crisis of democracy?