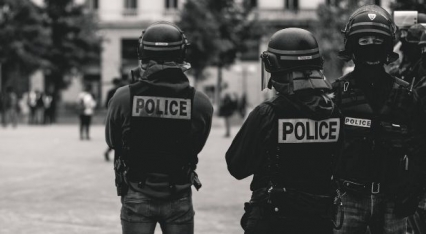 It doesn’t seem that long ago that freedom of religion in Australia was urgent, important news, but amid the swirl of COVID-19 concerns it’s been put on the mental backburner.

Yet there’s still a Federal religious discrimination bill in the works, and it’s something Christians need to understand and be prepared to respond to – which is why the Centre for Christian Living is holding a livestream event on the issue this Wednesday at 8pm.

“We’re trying to raise awareness for people in our churches of just how significant that legislation is – not just for Christians but for all of our society,” says the director of CCL, the Rev Dr Chase Kuhn.

“…the best thing for us to do is uphold religious freedom for the flourishing of society.”

On Wednesday night the executive director of Freedom For Faith, the Rev Michael Kellahan, will give a brief precis of what’s happening in Australian society around religious freedom, and Dr Kuhn will look at what the Bible says on the issue.

The pair will then sit down for a discussion with a moderator to, as Dr Kuhn puts it, “hash out some of the practicalities about how religious freedom impacts our society”. There will then be a question time for those interacting via livestream.

“Because Christianity is exclusive in its truth claims, we often think the best for thing for people is Christianity and that’s true, but you can’t genuinely be Christian without having a choice,” adds Dr Kuhn. “It’s good for us all to be able to worship freely and to choose freely what we believe and how we live.

“Of course, we believe that there is right and wrong but right living doesn’t come through coercion. None of us starts life believing. We believe that we repent and trust the Lord Jesus and we wouldn’t have the opportunity to be called to repent if the gospel couldn’t be proclaimed freely.”

You need to register online for the event by midday on Wednesday. To sign up, see https://ccl.moore.edu.au/events/