Rejoice in resurrection every week 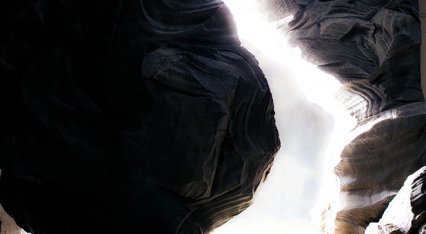 Christians rejoice in the resurrection of Jesus Christ from the dead – not only at the annual festival we know as Easter but every Sunday, the first day of the week, as we gather to hear God's word, sing his praise and bring our thanksgiving and requests to him in prayer.

While other religions may share some rituals of prayer, scripture readings and singing, they neither comprehend nor believe in the resurrection of Jesus of Nazareth. Resurrection is unique to Christianity.

Core to the Christian Faith

Yet resurrection is a strange concept to many people. Despite its sense of familiarity through the writings of J.K. Rowling in the seventh and final volume of Harry Potter's adventures, the resurrection stone of the Deathly Hallows is merely make believe, isn't it? No one really believes that anyone can actually break the bonds of death and come back from the dead, do they?

Yet this is the core of our Christian faith; without it, Christianity is powerless and useless – literally a dead end! As the Apostle Paul plainly declares: “If Christ has not been raised, your faith is futile; you are still in your sins” (1 Corinthians 15:17).

If Christ has not been raised, your faith is futile; you are still in your sins

However, even in Christian academic circles, and most regrettably among some church leaders, there have been attempts to accommodate the world's scepticism about bodily resurrection by spiritualising Jesus' resurrection into a force of divine nature, an impulse, a renewed spirit, that has nothing to do with Jesus' physical body or his human mortality being reversed. It focuses rather on Jesus' spiritual existence after death.

This is dangerous doctrine, and those who hold to the teaching of the Bible should not be hoodwinked by such nonsense. Paul's extended commentary on the resurrection in 1 Corinthians 15 is based upon the resurrection of Jesus' corporeal and somatic existence – his physically resurrected body. Likewise, the Gospel accounts of Jesus' appearance in his crucified, yet risen body, bear testimony to the reality of Jesus' physical presence in a body that can be touched, a body that walks, talks and consumes food (John 20:27; Luke 24:43).

Of course, the disciples had seen Jesus raise people from the dead during his earthly ministry, such as the widow of Nain's son, Jairus' daughter and Lazarus, the brother of Mary and Martha. While these were clearly “death reversals”, they were not “death defeaters”. For while Lazarus and the young boy and girl clearly died, Jesus' miracle of raising (what we might usefully describe as a “resuscitation”) was to bring them back to this world – only to die again!

The difference that defines Christianity

The difference which uniquely defines Jesus' resurrection is that it actually broke the bonds of death and defeated the enemy who has the power of death, effectively putting death to death. In this victory Jesus was raised incorruptible in a resurrection body – real, tangible, physical and sensate.

Article IV of the Thirty-nine Articles of Religion explicitly refers to the flesh and bones of Jesus' resurrected body:

IV. Of the Resurrection of Christ.

Christ did truly rise again from death, and took again his body, with flesh, bones, and all things appertaining to the perfection of Man's nature; wherewith he ascended into Heaven, and there sitteth, until he return to judge all Men at the last day.

Jesus' resurrection was nothing less than the dawning of a new age, a new aeon of God's redemptive activity, as his resurrection was the first fruits of all those who belong to Christ (1 Corinthians 15:20-23).

When God made humanity in his own image, he created both body and soul. This duality of existence reflected his image, and of course was to be perfectly reflected in the incarnation of Jesus. Yet, when sin entered the world, humanity's body and soul were both affected by the disease of death. For God to remedy the effects of sin in the children of Adam, the corruption of both body and soul needed to be remedied and redeemed.

Thus Jesus' resurrection is essential if God is to redeem his people. By raising Jesus physically from the dead, it is his whole humanity, body, and soul, which is raised to new life.

Let us, therefore, grasp this wonderful truth of Jesus' bodily resurrection, which guarantees our own resurrection bodies when Jesus returns in all his glory.

“O death, where is your victory?

O death, where is your sting?

But thanks be to God, who gives us the victory through our Lord Jesus Christ”