What the religious discrimination bill gets right and what it misses 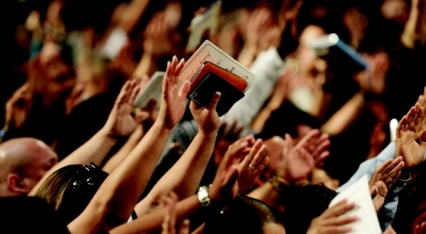 According to comedian Allan Sherman, a camel is a horse that was designed by a committee.

The Federal Government released the second exposure draft of the Religious Discrimination Bill in December 2019, which sought to address concerns that had been raised in the consultation process with faith leaders and others. While this exposure draft is a significant improvement on the first version, the piecemeal approach to addressing some issues means that the Bill is beginning to look more like a camel than a horse.

Religious belief is expressed in association with others

The Religious Discrimination Bill seeks to provide this double protection. It protects a person from discrimination on the basis of religion – for example, being denied employment because of religion, or being denied goods or services because of religion. At the same time, it also protects religious institutions from being forced to operate against their faith – for example, being required to employ someone who is hostile to the religious basis of that institution, or to allow their property to be used for activities contrary to their religion.

Recognitions under the bill

One of the key areas of concern raised by faith leaders with the first draft of the Bill was that the definition of “religious body” excluded many religious charities such as faith-based hospitals, aged care centres and campsites.

The Government has responded to these concerns by expanding the definition of “religious body” in clause 11 to include all religious public benevolent institutions (PBIs), and providing specific (more limited) exemptions in clause 32 for religious hospitals, aged-care providers, and camp operators.

While these amendments address (to a degree) the particular examples that were raised with the Government, it is a clunky solution – or, to return to the camel metaphor, it is decidedly “lumpy”.  It makes no sense to use PBI status as the arbiter of religious purpose. The exemptions in clause 32 are too specific – what about faith-based residential colleges? What about faith-based publishers? The Bill will end up with a multiplicity of exceptions, and then exceptions to the exceptions.

Other key changes in the latest exposure draft include the following:

The Attorney-General invited submissions on the revised exposure draft, and the Sydney Diocese, along with other faith groups, have made submissions recommending further improvements – particularly in relation to definition of a religious body – to ensure that the final Bill is more horse and less “camel."

Once the Attorney-General’s Department has considered these submissions, the Bill will be introduced to the Parliament in the coming months, and then referred to the Senate Standing Committees on Legal and Constitutional Affairs to allow for further public consultation. Depending on the timing of the report from this committee, it may be mid-2020 or later before the Bill comes back to the Lower House for parliamentary consideration.

To allay these concerns, the second exposure draft now has this note added to key provisions: “This subsection does not permit conduct that is otherwise unlawful under any other law of the Commonwealth, including the Sex Discrimination Act 1984.”

Similarly, the note added to clause 8(6) in relation to health practitioner conduct rules makes it clear that the Sex Discrimination Act 1984 would continue to apply if (for example) a medical practitioner refused to provide a service on the basis of a person’s sexual orientation.

The only slight qualification to this is in relation to statements of belief. Clause 42 says that a mere statement of belief, in and of itself, does not constitute discrimination. This is arguably nothing more than a statement of the current law and, if so, then the only impact of clause 42 is to limit the overreach of a clause in the Tasmanian Anti-Discrimination Act 1998 (which led to the Porteous complaint), and to limit future overreach in other jurisdictions.

The Rt Rev Michael Stead is Bishop of the South Sydney Region.