[Review] Faith is not central to Greta Gerwig’s Little Women 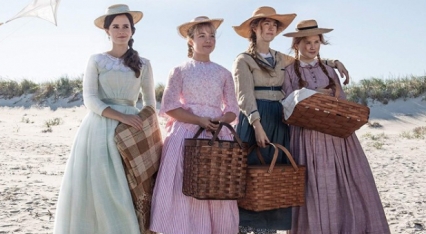 This new take on Louisa May Alcott’s much-loved book will need to fight for recognition against previous adaptations – and there’s no reason why it shouldn’t succeed.

Set during the American Civil War and focused on the lives of the March family and their friends, the book is steeped in faith and shows us how the four March sisters (the Little Women of the title) respond to the challenges they experience as they grow and mature.

There has been much musing in print about whether the film’s director and screenwriter Greta Gerwig (Lady Bird) would “get” the core of the story, how she would portray the characters and whether the tale would be changed in unhelpful ways.

While the book is steeped in faith, the movie treats it as more of a back drop

My response would be that Gerwig gets it pretty well. While she begins her film with our main heroine Jo (Saiorse Ronan) already in New York, and tells a good many elements through flashback, she is much truer to the original book than – for example – the 1994 version of the film ever was.

In that, Susan Sarandon (who played Marmee) was a full-on feminist in Civil War clothing, and most of the male characters had very little depth. Yes, the title is Little Women, but the men can still be valuable without detracting from the central characters, and Gerwig does this admirably.

Laura Dern’s Marmee is very softly spoken and gentle – strong when needed, wise from experience but also full of fun. All the “women”, in fact, are given more room to breathe in their roles, particularly Florence Pugh as Amy, and Meryl Streep is a fabulously grumpy Aunt March.

As Laurie, Timothée Chalamet is chock-full of charm – even if he does look quite young throughout – and we also get to explore his grandfather’s character (and therefore Beth’s) a little more. Chalamet and Saiorse Ronan have a wonderful rapport, as their characters should, and Ronan’s Jo is a delightfully messy mix of confidence, uncertainty, stubbornness and the pitfalls of a passionate nature.

Unsurprisingly faith is not central – the March girls head off to give their Christmas feast to a poor family as others enter church, for example – but there is more to it than the lip service seen elsewhere. More is made of the need for women to marry to ensure their financial safety, and the frustration felt by those who feel this gives them little or no choice. That is hardly revolutionary, as it echoes feelings expressed by Jane Austen in her own work, but it helps bring the girls onscreen closer to those who are watching them.

However, while the story places us amid the attitudes and values of another time, it contains themes that will never age: love of family, care for others, finding one’s true place and purpose, and avoiding empty pleasures.

It’s a fine film, well worth seeing, and will doubtless cast Alcott’s spell over a new generation.