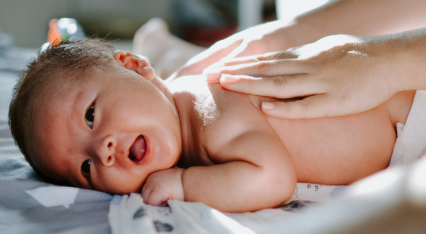 When I left school I was a middle of the road conservative. Yet during my university years I realized that I'd been brought up to think that principles didn't matter, especially if they led to conflict. My response to this revelation was to embrace feminist ideology. It was stimulating, challenging; an interesting and exciting new way to look at the world. I was as feminist as I could be—and still have a husband and children.

By the time I'd finished my social work degree, I knew I wanted to be working with strong women who fought for social justice and the rights of women to take equal and powerful positions in the country. Friends introduced me to a prominent feminist figure who employed me to showcase one of the first work-based childcare initiatives in Sydney: I was to take my 13 week old baby to work.

I had to learn quickly how to make my personal rhetoric conform to my feminist beliefs.

The only conflict came when I announced I was pregnant with my second child. Immediately I was lectured about this. The point was emphatic: I'd crossed back over the line from feminist-woman and aligned myself with the barefoot and pregnant woman of mainstream Australia.

Despite my joy about the pregnancy, I felt like a sell-out—until another woman in the office also announced she was pregnant. Apart from this one episode, I was able to live out my new beliefs for a few years. Feminism made such sense.

And then my world fell apart. One night my husband didn't come home from a work party. Suddenly I was facing the deepest crisis of my life—the despair of a broken marriage. And I was pregnant with our third child.

I was so afraid of having the baby by myself.

As the nausea of pregnancy intensified and the ten-year marriage crumbled before me, I turned to the only source of security I knew—my feminist friends. They walked me through the most harrowing period of my life. But I was about to live out the most disempowering decision I had ever made.

The decision to abort my baby was born of fear and the belief that to decide to abort was a show of your strength. I was a feminist who believed a crisis pregnancy was easily solved with an abortion. Certainly, no one had ever suggested that abortion carried any consequences.

I was so afraid of having the baby by myself.

It became a question of me or the baby—my sanity or a situation I couldn't handle. The essence of myself was at stake.

We see our identity as a direct result of our choices

Many of the values that we encounter in much of Australian and Western culture are embedded in our capacity to choose. We tend to see ourselves as people whose identity and life course are a direct result of our choices.

Taking control of our lives is a common theme for self-help books and the like. Last year The New York Times (Leland, 2004) reported the results of a 2002 Pew Center survey of 38,000 people in 44 countries. They wanted to gauge peoples' responses to the statement: “Success in life is pretty much determined by forces outside our control.” In the U.S. more than two-thirds disagreed with the statement, as did just under two-thirds in Canada. In other countries, disagreement ranged from 10% in Bangladesh to 50% in Japan.

Put another way, over two-thirds of Americans thought that success in life is pretty much determined by forces within our control. In general, Americans have a relatively strong belief that they are in control of outcomes. While the survey wasn't carried out in Australia, we can imagine that our response would not be dissimilar to those found in the States.

We see ourselves as choosing individuals. Our strength is measured by our ability to stand on our own two feet and make decisions.

In a society that views the autonomy of the individual as sacrosanct and defining, we view all challenges to that autonomy as a threat. In addition, we live in a consumer culture, which tells us that we deserve to have whatever it is we want. The choices that confront women are enormous—education, travel, training, housing affordability, job security, and finding a secure relationship all play a part in determining the direction our lives may head. As our biological clocks continue to tick louder than ever, it is often with a mixture of sadness and inevitability that we press on.

Nobody needs to be convinced that life is complex. And complexity is born not only of the abundance of choices and things before us from which to choose, but of the simple fact that some choices in life are mutually exclusive.

Some choices in life are mutually exclusive

If you add to this mix widespread use of contraception, morning-after pills and abortions, sharp declines in marriage, fragile partnerships, the postponement of secure couplings that lead to children and IVF technology, which promised to keep a woman's biological clock ticking longer, then it is almost a wonder that we are reproducing at all.

These are the new conditions that constrain our choice, much as we like to believe that it is a woman's ‘right to choose’. Indeed, these very conditions seem to shape our notions of ‘wanting’ children.

There are some key themes in the Bible that speak directly to the complexity that women face. The twin themes of thankfulness and contentment are writ large throughout God's Word. We are exhorted to joyfully receive the good things that God gives us.

Christian theology frees us from the enslaving deceit that all we are is choosing individuals ... we can be in communities who care for each other, and we can joyfully receive good things that come to us, whether or not we've chosen them.

Christian theology longs to point women to God's deep desire for societies where pregnancy may always be rejoiced in as an unmixed blessing. What might it be like for women and their babies if communities were full of committed faithful, loving men; and neighbours who support and care for young people with disabilities; with economic conditions where no child need starve or want for clothing; and where motherhood is honoured and considered to be easily as impressive as any other career?

I went on to have 3 more abortions, followed by a baby I carried full term.

Abortion worsened each difficult life decision I had to face. It never liberated me, but merely exchanged one problem for another. I began to recognise myself as part of a group of walking wounded, as I met other women who felt lesser through an act they were told would be a positive solution.Mi

I began to grieve the gullible and uninformed person I'd been, that I'd not asked questions. And something was also happening in my heart. I began to miss my children. It was as simple as that: I missed holding the children I'd never see. When I kissed my new baby's head, I was reminded of the possibility of the other four.

As time passed, I let my children into my heart, grieved them and let them go. Today I know them as Sarah, Lily, Edward and Mary. My children.