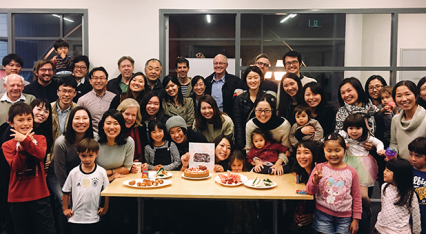 We are thrilled to share this testimony of God working in the life of Tomo.

My name is Tomo Fujimaki and I’m from Gunma [north west of Tokyo]. I’ve lived in Australia for the past 2½ years and started coming to church soon after I arrived.

When I was in Japan, I had no Christian friends and had never been to church. Shortly after arriving in Australia, I was invited to a church Christmas party by a friend from Japan. I also attended the SJEC [Sydney Japanese Evangelical Church] New Year’s lunch and then started to attend Bible study and Sunday service.

I became interested in Christianity because most of the people I met here were great people who faithfully believed in Jesus.

Three months later, I became a Christian and got baptised at Easter. Although I had little knowledge about God and had not read whole Bible yet, I just decided to follow Jesus and believe what he had done for me.

In the past I had thought that, if there was God, he had given me many blessings – such as scraping through difficult exams and having people who helped me a lot when I was in need. But I was not sure which God that was. In Japan, the main religions are Buddhism and Shinto. Although Japanese people follow cultural traditions from these religions, they have neither interest nor knowledge about them and even celebrate the festivals of other religions such as Christmas. I wasn’t in favour of these attitudes. 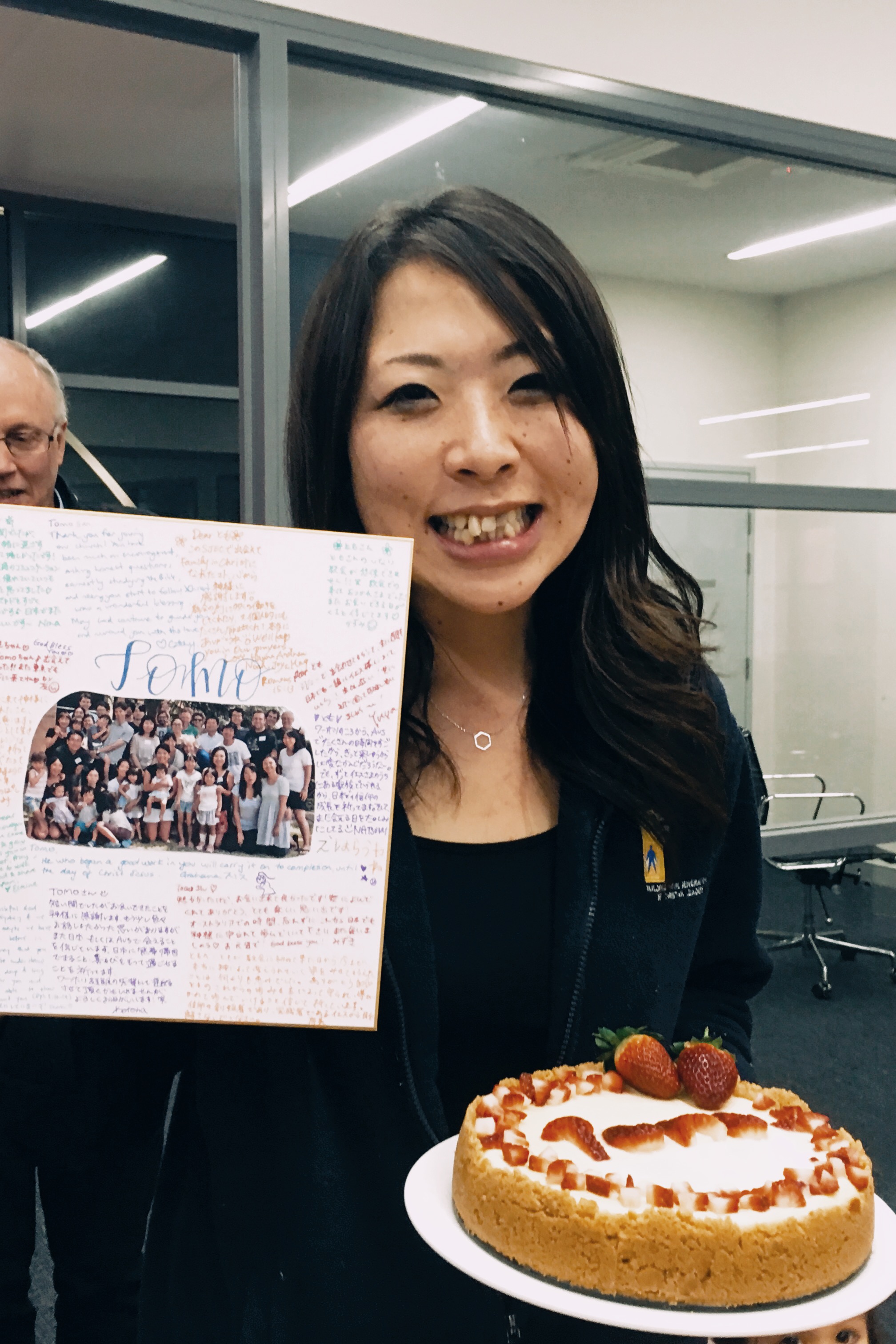 I didn’t really consider myself a bad person as I had never committed any crime. I had lied but I thought it wasn’t really bad as everyone was doing the same.

What about God's standard?

But I realised my view of sin was based on my own standard, not God’s standard. I came to understand that sin is ignoring God and continuing to live life my own way despite knowing him. Since I came to know God, I have become aware of countless examples of his grace. God has blessed me through studying the Bible and through the encouragement I have received from other Christians.

SJEC is special in that there are always a mix of regulars and new people, providing a refreshing atmosphere. I think this makes SJEC different from other churches. I believe that this can be the strength to spread the gospel in Japan.

Christians come to church on Sundays to worship God and encourage each other. However, attending Sunday service is not the only thing we should do – we should always be putting God as the highest priority every day.

This is a challenge for all Christians, particularly for Japanese who became Christian while overseas. It is hard to read the Bible every day and serve at church on top of their work and study. Moreover, it is even harder to put God first and reprioritise things that were important to them before. They might have to give up important things and make sacrifices because of God. Despite these challenges, the reason why we still want to follow God is because of the salvation and grace he has given us.

During this past year, God continued to show me his wonderful grace. I was allowed to study for three months for free, thanks to a previous internship I had done, and afterwards I found a job at a café. Even though it was tough working there I learnt a lot, especially how I could be patient and treat others as a Christian.

I was also given the opportunity to join, and eventually lead, a Bible study. I used to just learn what I was taught at Bible study and didn’t really ponder over it. But, having to lead studies, I could take time to consider what the Bible wanted to tell us so I could share that with others. 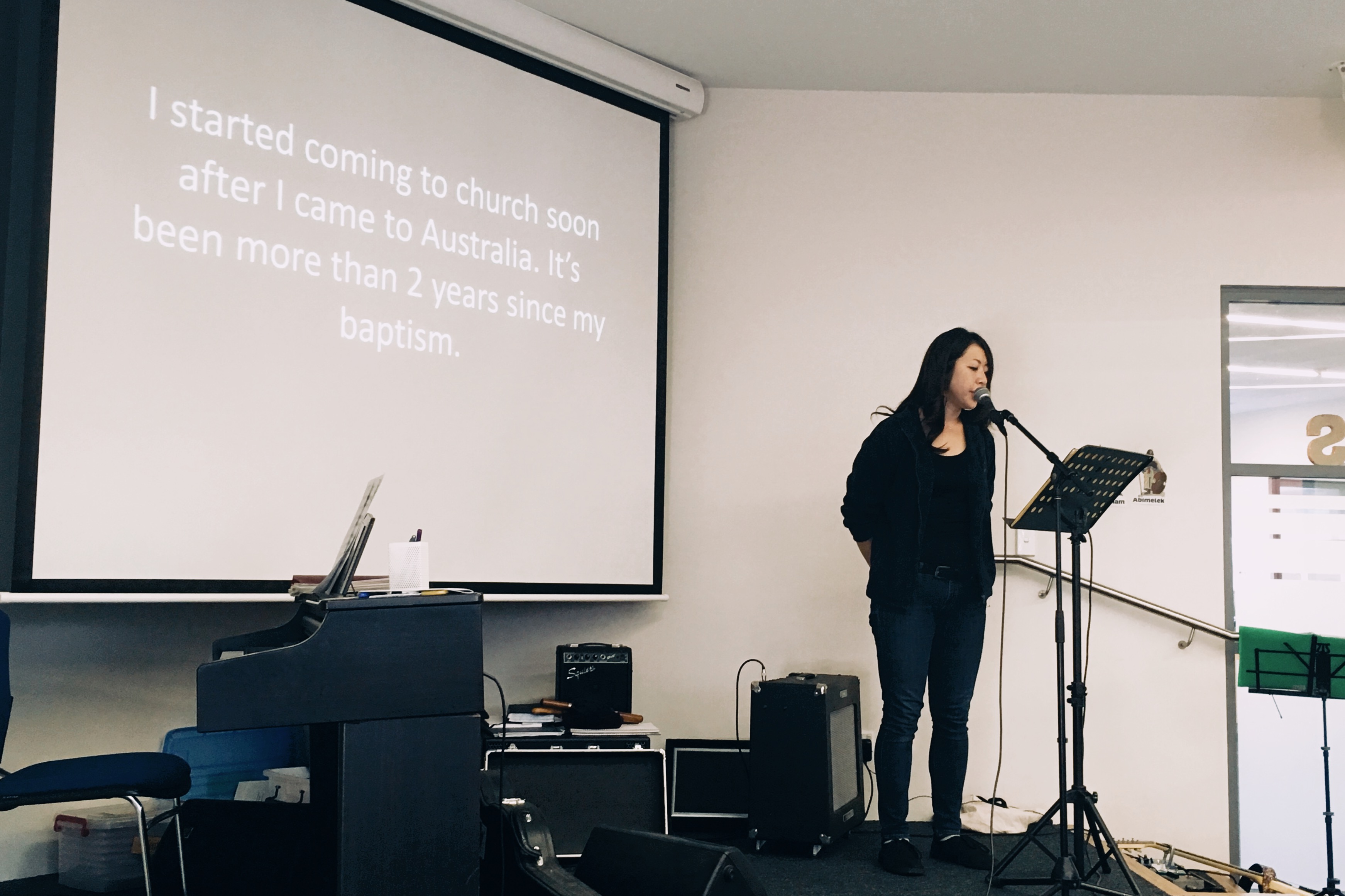 At the end of last year, I had the chance to talk with local and international students at the NTE conference, heard how they had grown up in this Christian country and wanted to serve God in the future. It was a great opportunity not only to raise awareness as a Christian but also consider how I should follow Jesus as a Japanese.

Over the past 2½ years God has prepared the way for me, leading me and giving me energy to keep going.

When I was tired, he provided rest and support from my friends and my Christian brothers and sisters. And although I would like to stay here longer, I feel I have been able to do all the things I wanted and needed to do in Australia. Now I would like to go where God sends me and serve him there.