The conference empowering grandparents to change the nation 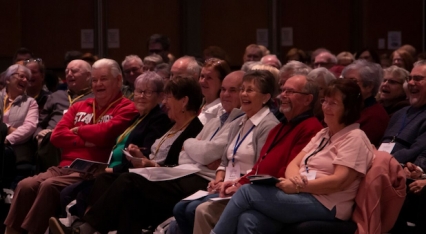 “I don't think you fully understand just how important this could be,” former Police Commissioner Andrew Scipione told the third National Grandparents Conference at Figtree in Wollongong.

Think about the legacy you will leave your grandchildren 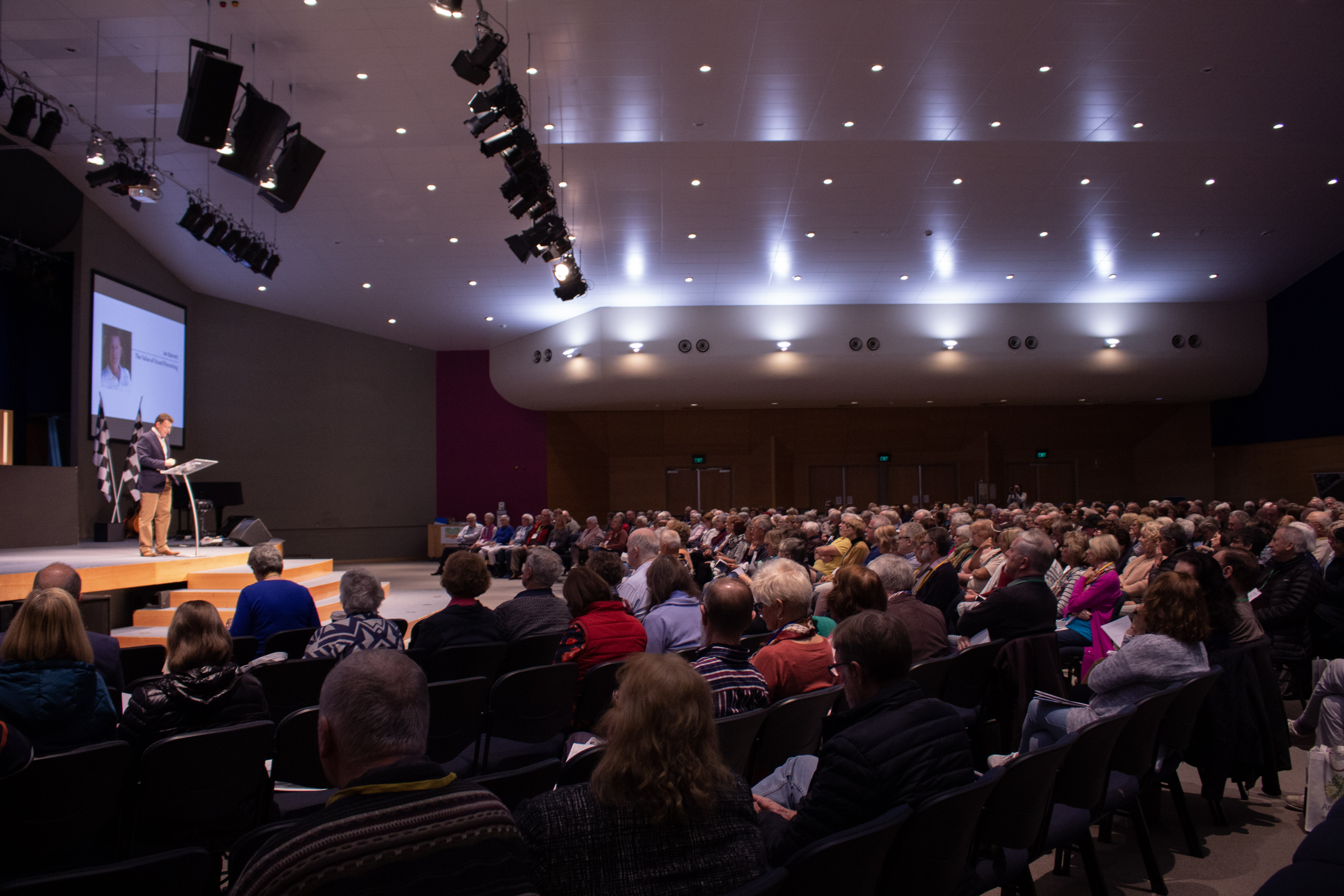 The impact of those words was not lost on the founder of the conference and senior minister of Figtree Anglican, the Rev Ian Barnett. Rewind to 2016 and the first conference, prompted by Mr Barnett’s reflection as his tribe of grandchildren doubled to six.

“I started to wonder what was the faith legacy that I was going to leave behind for my grandchildren to follow,” he says. “I looked around saw that the focus was mainly on things like retirement and superannuation. It felt like a huge missing piece of a puzzle that no one seemed to consider that grandparents were worth resourcing and encouraging, and little energy had been placed in capturing their wisdom and prayer power.”

"A huge missing piece of the puzzle"

Grandparents have a surprising influence

To that combination Andrew Scipione would add influence – a word that came up again and again during his keynote address to the packed auditorium at Figtree in June. The former Commissioner and grandfather of three has a powerful testimony of his conversion as a young teenager, closely followed by the death of his father. 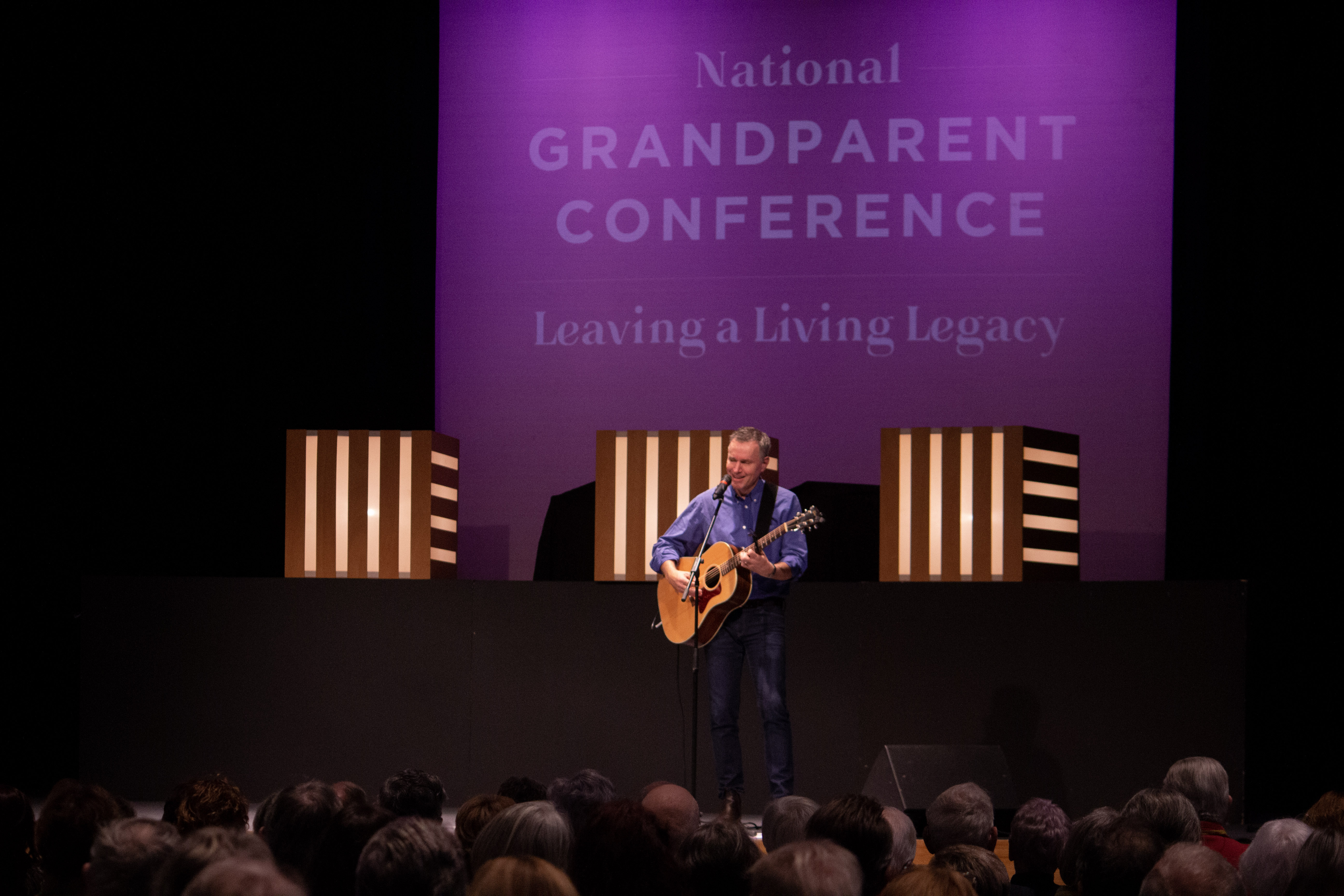 “Life isn't perfect, bad things happen and I'd lost my dad,” Mr Scipione told the conference. “So, I was potentially a ship on the ocean without a rudder with a lot of stormy weather to come. I give thanks, time and time and time again, for three men that were more like my grandparents in my church.”

Belonging to an immigrant family, Mr Scipione’s grandparents were not in Australia and he had never met them. “When it came to those three men that took the time to invest into me, to be grandads… they were a little bit older than my dad,” he said. “They were instrumental in setting me up to fall forward in life. They influenced me.”

Every year, the grandparents' conference grows

The talk hit the themes Ian Barnett was hoping it would, enthusing the crowd – which grows each year and comes from further and further afield. 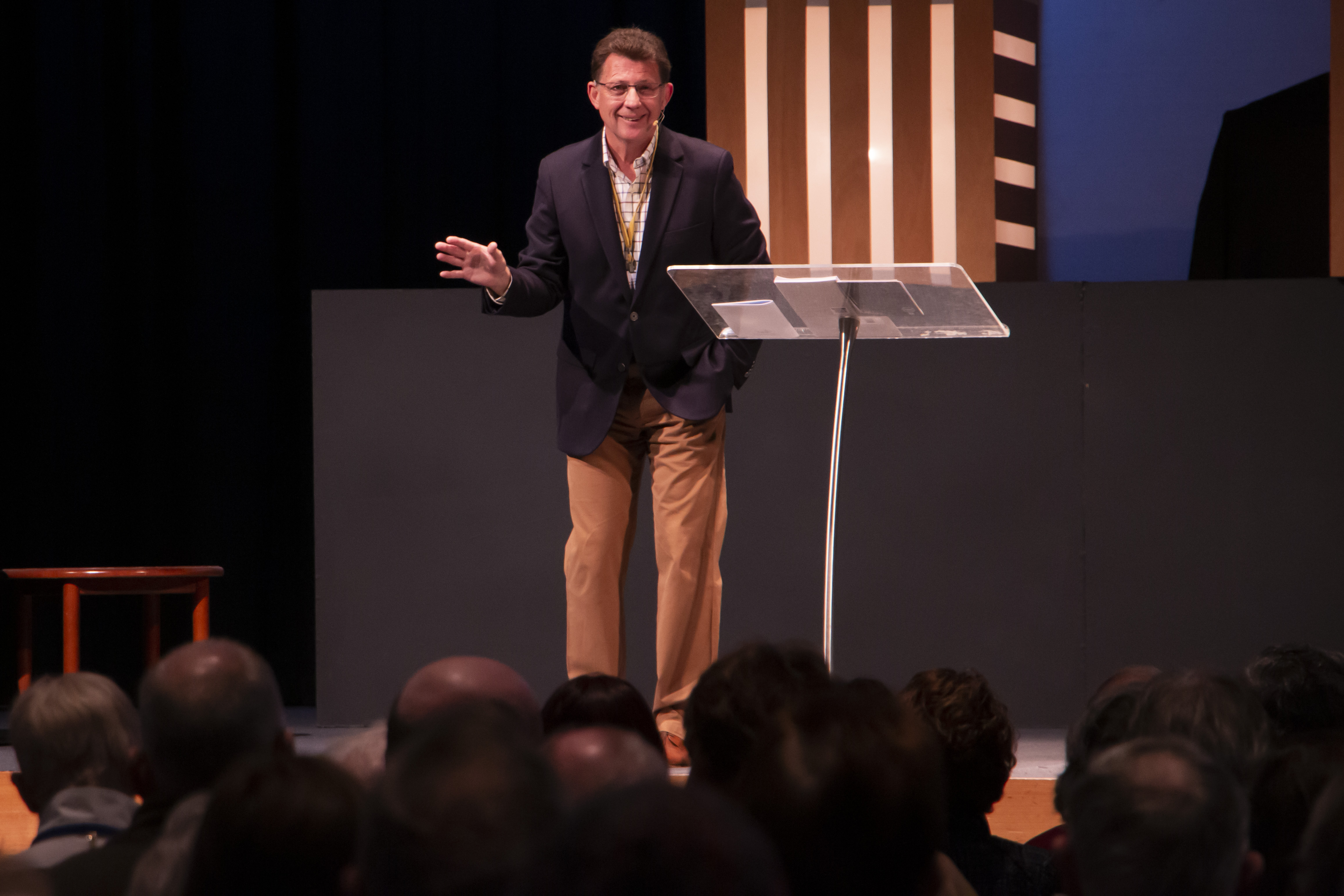 “The feelings I had when we started this conference were shared by many other grandparents,” he says. “Not only was society putting them on the sideline but in many cases so was church. This drove me to start trying to do something to resource grandparents to truly consider the reality that God had not finished with them yet and that maybe their best years were ahead of them.”

"God has not finished with you"

Every Church member can benefit

The man who retired at the top of the largest police force in Australia agrees. “I use the word ‘influence’ but influence and leadership are inextricably linked,” Mr Scipione said in his talk. “You're an influencer, regardless of who you are. Whether you've got a grandchild yet or whether you don't.

“As a student of policing, you get to see that first hand, every day. You meet lives that are broken, tragedies that could have been averted that weren't. You start to see a common denominator. It's that lack of family connection, a lack of good leadership, of influence. 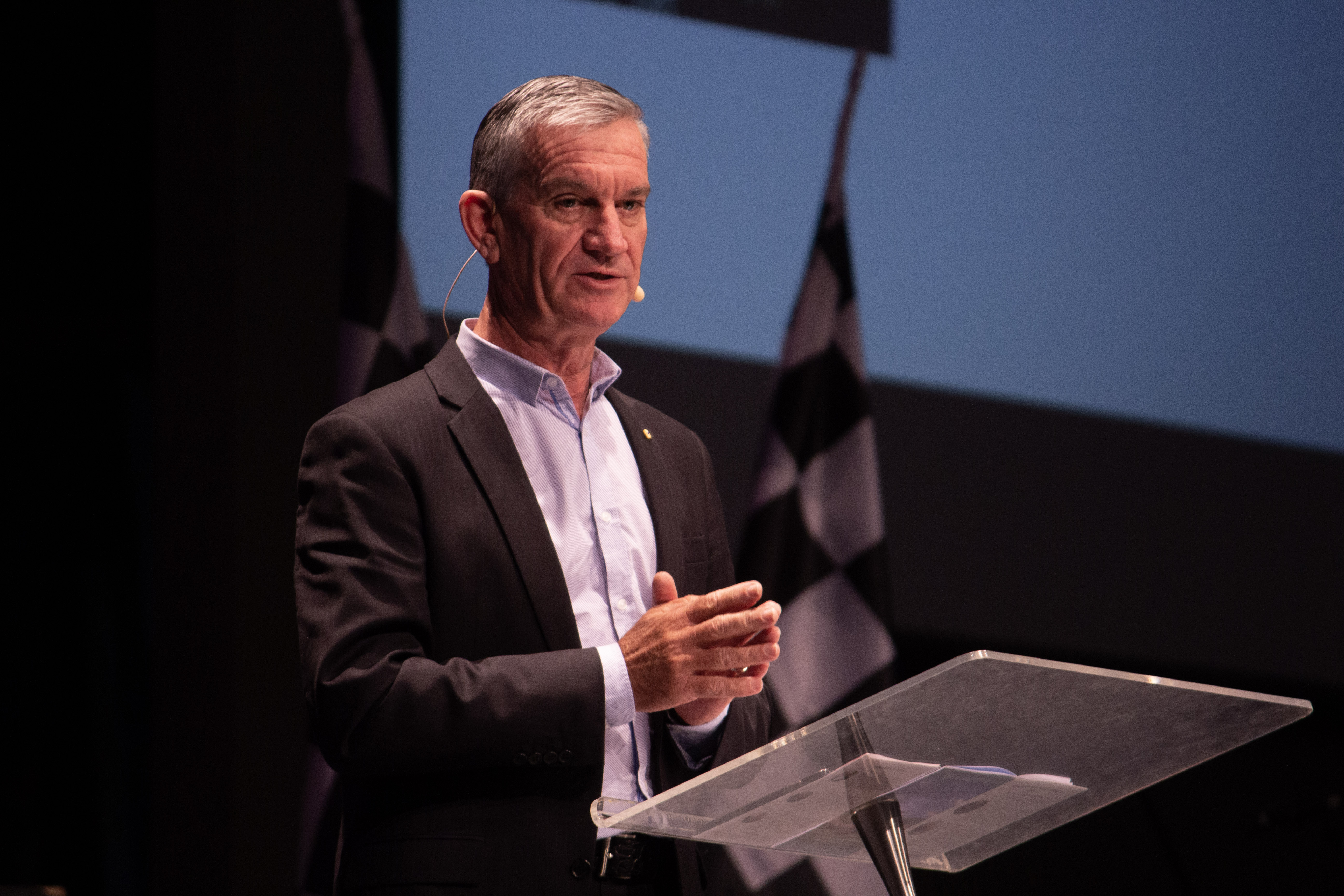 “I came from a broken home. It was because my father died but still a broken home. I didn't have that sort of support that I really needed, but I did through my church family.”

Mr Scipione said it was a responsibility for everyone. “As you go about your life, particularly if you identify as Christian, people will watch you. I meet so many people who say, ‘Look, I'm not a leader. I just live in a suburban house in a suburban street... I just go to work or I have finished work’. I say, ‘Wrong. Stop.’ Every engagement you have with anyone, you have some influence over them.”

"Every engagement you have, you have some influence"

It’s hard to argue with a former Commissioner. Another speaker took an informal roll call on the number of grandchildren each delegate had and the record was 23. If you multiply the grandchildren by the number of attendees it doesn’t take long to see what Mr Scipione was talking about and the influence a conference like this could have. 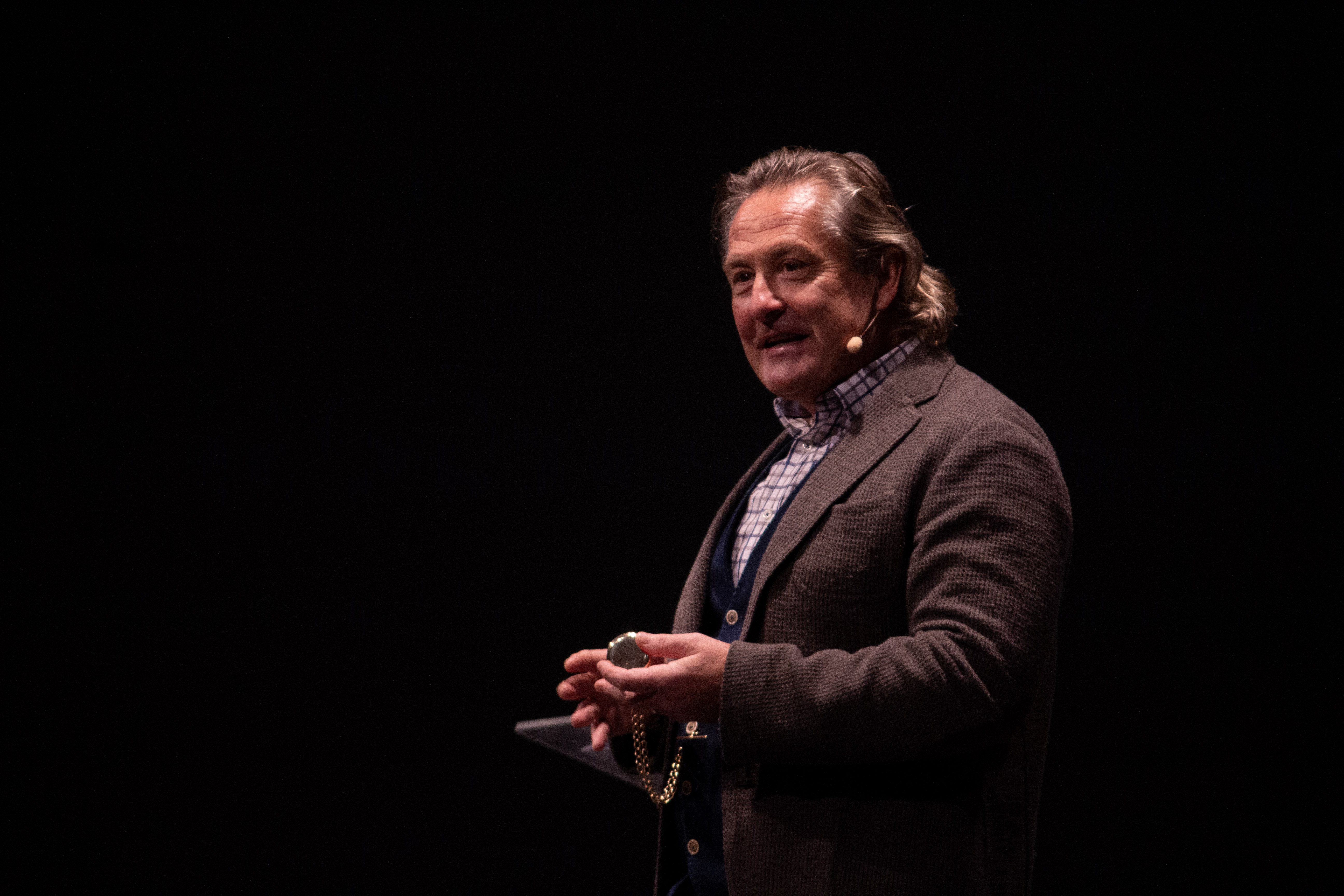 Ian Barnett and the Figtree team are already preparing for conference four in 2020, and have decided to expand it to two days: May 29-30 May. A larger team of seven speakers will include apologist Josh McDowell and former Deputy Prime Minister John Anderson.

Mr Barnett is encouraged by the response so far. “One of the most moving comments I had from a grandmother at this year’s conference was simply this: ‘Ian, you have given me a purpose to live’.”