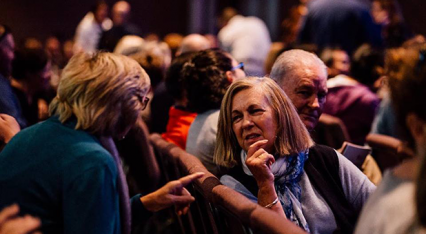 In a sermon on 1 Corinthians 7 preached in 1976, then up-and-coming American evangelical pastor John MacArthur told his congregation that, “Single people do not need to be looked on as if they’re different, strange, abnormal, unfulfilled, unqualified for certain service – not at all… we need to be accepting and loving with those that are single”. In 2016, the now-renowned MacArthur told delegates at large US ministry conference that “the most devastating attack on marriage is coming today from singleness. Singleness is an assault on marriage… I just see singleness as a disaster”.

The yawning gap between MacArthur’s early views about the place and purpose of singleness, and the position he now holds as he approaches the end of his era of public ministry, is nothing short of remarkable. Yet his voice is not a lone one. Evangelical Christianity here in Australia and overseas has a real problem with singleness. Or perhaps it is more accurate to say that we see singleness as a problem.

The significance of the problem

Trying to determine the actual percentage of our population that is single is an interesting – and frustrating – exercise, as the array of potential relationship arrangements in our society makes it near impossible. According to the 2016 Census, 47.7 per cent of our adult population were in a registered marriage, another 10.4 per cent were in a de facto marriage, while a full 41.9 per cent of Australian adults were not currently married. However, that last statistic also includes people who are in some sort of committed romantic relationship that is not a registered or de facto marriage.

Yet, if we look more closely we can spot some clues within the Census data that will help us. For example, not only have 35 per cent of adult Aussies never been married (with a further 5 per cent widowed and 8.5 per cent divorced), but almost one in four Aussie homes is occupied by someone who lives alone. I was rather taken aback by that last statistic when I came across it – it seems more Australians are “single” than we might first imagine.

If we compare these Census statistics to the latest National Church Life Survey data, one thing becomes clear – Australian Anglican congregations are over-represented by those who are married and under-represented by those who are not (except for widows and widowers). In fact, the number of never married and divorced individuals in our churches is half that within the community around us. This is one aspect of the contemporary Christian problem with singleness – our churches are disproportionately attracting and welcoming those in our wider community who are married, but failing to do the same for those who are not.

However, the “problem” is more significant than statistics can convey. It is not just the smaller number of single people in our churches that is troubling, but also the experiences they share of what it is like to be an unmarried single Christian.

While there is a lot of anecdotal evidence about the single experience within our Christian communities, there has been very little formal research done about it and, to the best of my knowledge, none within our Australian context. Having said that, some limited insights are offered to us by handful of American and British researchers whose work generally confirms the anecdotal evidence: many single Christians – be they never married, divorced or widowed – struggle with feelings of isolation, marginalisation, disappointment and even invisibility within their church communities.

After spending almost the first full year of my postgraduate research reading every Christian book, article and blog post on singleness I could get my hands on, and listening to a multitude of sermons and podcasts on the topic, it became ever more clear to me whysingle Christians are feeling the way they do.

It is true. We evangelical Christians really do have a problem with singleness.

The diagnosis of this problem with singleness is multi-faceted, but it begins with something as simple as the words that we use.

It is normal practice for us to use “unmarried” and “not married” as synonyms for ‘”single”. For example, “Oh, do you mean Jane? She’s single. She’s not married.”  This practice is sometimes even reflected in the titles that are given to Christian books on singleness, such as Marshall Segal’s Not Yet Married (2017). But I wonder if you have you ever stopped to consider that we never do the reverse. We never say, “Oh, Jack? He’s married. He’s unsingle”. While we never define the married person by their “unsingle” status, we consistently define the single person by their “unmarried” one.

Being single is all about what you don’t have.

But not only do we regard singleness as deficient, we also tend to think of it as aberrant. Although marriage rates in the world around us have been in serious decline over the past 50 years, we Christians have rightly continued to embrace the significance of marriage within God’s purposes for this world. However, in doing so we have too often turned marriage from being one of God’s good gifts into the goal of the Christian life.

For example, we don’t only uphold Scripture’s insistence that marriage is to be honoured by all (Heb. 13:4), but frequently find ourselves insisting that marriage is to be pursued by all. This leads Christian authors to assert that young Christians are “under a divine due to marry without undue delay” (Debbie Maken, Getting Serious about Getting Married: Rethinking the Gift of Singleness) while Christian preachers often speak of marriage in terms of being a divine command.

By teaching that marriage is natural and normative for Christian adults, we have increasingly come to regard the single life as the exact opposite – unnatural and abnormal. As a result, the Christian who has remained single beyond what we deem to be an “appropriate” amount of time is often considered to be leading an aberrant Christian lifestyle. In fact, when he described singleness as an “assault on marriage” and a pastoral “disaster”, John MacArthur seemed to be suggesting that the single Christian life is deviant one!

The perception that singleness is abnormal for the Christian person can also be seen in the way that the single life is often regarded as being incompatible with personal spiritual growth. The prestigious theologian Albert Mohler suggests in one of his articles that there are 13 vital qualities that mark “the emergence of a man who will demonstrate true biblical masculinity” – and the first five of these focus entirely on his role as a husband and father.

Similarly, author Candace Watters has argued that “Scripture is clear that God will sanctify us largely through our marriages” while, in perhaps my favourite statement of irony ever, writer Gary Thomas has suggested that “if you want to become more like Jesus, I can’t imagine any better thing to do that get married… marriage is the preferred route to becoming more like him”.

Because we Christians so often understand marriage and parenting to be the primary arenas in which God promises to sanctify us, we have increasingly come to regard Christian singleness as a lifestyle that perpetuates selfishness and spiritual immaturity. Indeed, books, articles and sermons frequently identify singleness as a much more sin-prone lifestyle than marriage, even though the Bible teaches that temptation and sinfulness is something all of us struggle with (regardless of whether we wear a wedding ring or not).

PART TWO: WHY DO WE TREAT THE SINGLE LIFE AS UNFULFILLING? 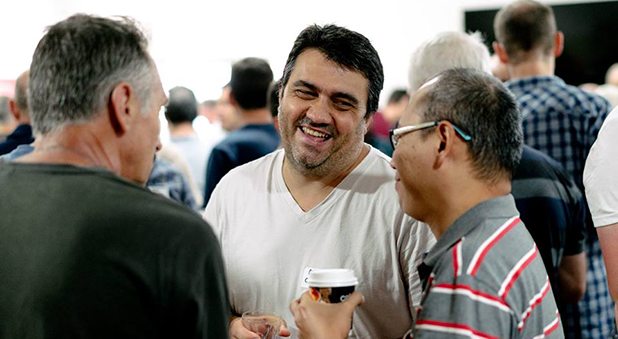