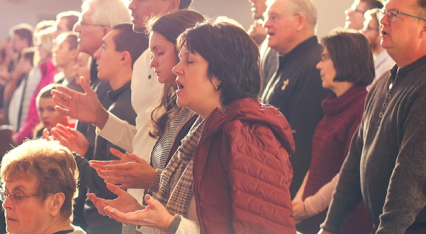 I’ve just come back from a trip to the United States, and it got me thinking, again, about how the influence of American Christianity on Australia has grown over the past 20 years. With an abundance of resources, access to technology and communication, the Americans have been influencing our church life – or rather the “how-to” of church.

This is not new, with aspects of both the church growth and seeker-sensitive movements having previously made their way across the Pacific. What is different is the accessibility of American Christianity.

There are significant cultural differences between America and Australia

Clearly, there are many aspects of how to approach ministry and the organisation of church life, which have been helpful. What is not as well understood is the significant cultural differences between American and Australian evangelical Christianity.

I had the wonderful privilege of ministering for six years as a founding pastor of an independent Anglican church in Spokane, Washington. Since my return to Australia in 2001, I have thought a lot about American Christianity and how it affects us.

There are many similarities between the USA and Australia, so no doubt we can learn from our American brothers and sisters. However, the cultural differences are also significant and are worth understanding. In particular, there is a very big difference between the two countries in the pace and significance of the collapse of “cultural Christianity”.

Since the mid-1960s both America and Australia have had a large decline in attendance in mainline Protestant churches. However, this has played out in very different ways. The summary is that Australia has lost cultural Christianity much more rapidly than America. Understanding this difference helps to guide us as we assess the abundance of ministry approaches the US has on offer.

Attendance in American mainline Protestant churches has declined from 50 per cent of the population in 1965 to an estimated 6 per cent in 2018. This has profoundly affected America as these large institutional structures provided meaning and narrative to public life. However, by 2008 overall church attendance remained remarkably robust, as during the same period there was a dramatic increase in the number of conservative, non-denominational, mainly evangelical churches.

The mainline Protestant churches, succumbing to the pressure of secularisation, moved away from active orthodox belief. By contrast, the vigorous Christian message offered by the new non-denominational evangelical churches proved attractive.

There are some 50,000 non-denominational Churches in America

Indicative of the scale of the change is that there were some 50,000 new non-denominational churches started between 1998 and 2012. Though there had always been large churches in the USA, this is the period when the mega-churches became a “thing”. It is estimated that there are currently some 1300 mega-churches (i.e. with more than 2000 attendees) across the country.

Though these churches get a great deal of attention, they represent only 0.3 per cent of all the churches in the USA, and the average attendance at a church nationwide is just 75.

Though overall church attendance declined by 15 per cent over the past 50 years, the proliferation of new non-denominational churches meant the drop was nowhere near as bad as it could have been as they picked up the huge numbers transferring out of mainline Protestant churches. All this meant that cultural Christianity was sustained for a much longer period than was the case in Australia.

South African theologian David Wells has said that many of the churches in the non-denominational evangelical world are losing their cultural adherence, summarising the Christian faith taught as “God is now weightless”.

Rather than cherish God as God, he has been conceived as a projection of all our human longings into heaven. God is not known as he has objectively revealed himself in his word and given specific expression in the Lord Jesus Christ – rather the movement to God is from our experiences of life.

"How-to" of American Christianity is no longer reliable

What was not readily understood was that so much of the “how-to” approach of American Christianity was underpinned by the resilience of cultural Christianity. As this is now collapsing, much of the instinctive “how-to” of the American church is no longer as reliable. Instead, what is now being confronted is something we in Sydney have realised for some time: that a strong doctrinal orthodoxy, speaking, living and loving with revealed gospel integrity, is the most important arbiter of sustaining and growing churches.

"A strong doctrinal orthodoxy, speaking, living and loving with revealed gospel integrity, is the most important arbiter of sustaining and growing churches"

We will still be the beneficiaries of much that we can learn from American evangelical Christianity. But it may also go the other way. We in Australia may also have much to offer our US brothers and sisters: how to make the most of the opportunities that abound as cultural Christianity collapses and the promises of secularism prove to be a mirage.