Are we really called to the ends of the Earth? 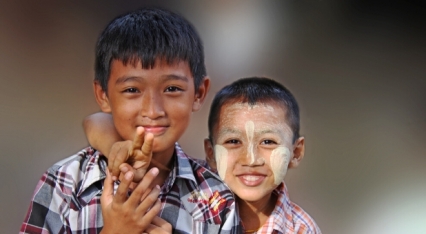 Should I offer to go as a missionary to somewhere on the other side of the world?  What about if it would put my life in danger? Should I encourage people to go and tell members of Boko Haram that Jesus died for their sins, that unless they turn to God they are damned, but that Jesus offers forgiveness and grace and a place in his kingdom to glorify God forever?

In Luke 6, we see Jesus modelling and teaching how to respond to rising opposition. In 6:11 we read that the Pharisees and the Jewish leaders had become Jesus’ enemies and were seeking to destroy him.

A vision for the kingdom

Jesus knew the world’s salvation depended on his going to the cross, and the proclamation of the gospel message, through suffering, for the joy of all peoples. So, he prayed and appointed 12 apostles to train and send out, as he said, as sheep among wolves. To carry the gospel amid enemy territory, knowing most of them would be crucified as he would be.

He called his disciples together and gave them a vision for the kingdom of God, showing it by healing the sick and sharing about kingdom promises, where the hungry will be satisfied and his people leap for joy. The crowd of disciples in Luke 6 would soon be ridiculed for trusting in Jesus. They’d be cast out of the synagogues and cut out of society by powerful enemies of Jesus like the Pharisees.

The 12 apostles would carry the gospel to the ends of the earth – run out of city after city; stoned, beaten, crucified. That is the context into which Jesus said, “I say to all who hear, love your enemies, do good to those who hate you, bless those who curse you, pray for those who abuse you (6:27-28).

Perhaps people at work sneer at you because of your faith and block a promotion. But Jesus says, “love your enemy”. We say, “Jesus, how?” And why would anyone do that?

In verse 35 he gives two reasons.

1. Your reward will be great

Many people work for a reward from a boss. Here, Jesus talks about receiving a reward from God himself – the creator of all things, who created you to love your enemies and glorify him.

In verse 38 Jesus says of this reward, “give, and it will be given to you. Good measure, pressed down, shaken together, running over, will be put into your lap”. Some say this promises prosperity in this life. We know that’s not true because he’s already said in verse 21 that in this life you will be hungry and weep, you’ll be reviled for following him, but your reward is great in heaven. That is a powerful reason to love your enemies.

2. You will be sons of the most high

Jesus’ second reason is that “you will be sons of the Most High, for he is kind to the ungrateful and the evil. Be merciful, even as your Father is merciful”. So, love your enemies because by doing so you will show the world you are a son of the Most High. Isn’t that the most precious thing? If you’ve come to Jesus, you are his son or daughter. Love your enemies and you will show the world something supernatural has happened to you. It will be inexplicable until you say, it’s because God loves me and is merciful and kind to me.

I read about a man in Morocco whose first exposure to the gospel was satellite TV. While watching, he heard Christians praying for all people – whereas a standard Muslim prayer was for Allah to kill all non-Muslims. This man saw a prayer, and it led him to Christ. If a Christian keeps on loving when anyone else would have stopped, it’s evident they are a child of God.

Some have suggested this is unrealistic. Jesus must be exaggerating; we’re not literally meant to turn the other cheek. But didn’t Isaiah prophesy of Jesus that he gave his cheeks to those who pulled out his beard (Isaiah 50:6)? Don’t we read that Jesus didn’t withhold his clothing and the soldiers cast lots for it? And when he was cursed, didn’t he pray for them, “Father, forgive them, for they do not know what they do”? And didn’t he lay down his life to take away the sins of those yet his enemies?

Did not Jesus, by loving his enemies, show the depth, width and height of God’s mercy towards sinful, undeserving human beings like me and you? And did he not, by loving his enemies, bring us into his kingdom? So, when he says, “Love your enemies” this is not exaggeration. This is how the heirs of the kingdom, the brothers and sisters of Christ, are to act.