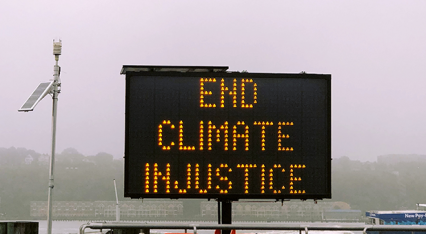 Australia’s recent love affair with being environmentally friendly lasted as long as a checkout beep.  In our postmodern West the real state of the environment, especially climate change, has become highly politicised. Truth is spun like fairy floss.

There’s plenty of interest in maintaining a heightened level of fear, especially when some are motivated by political, academic or career aspirations, or governmental and philanthropic subsidies.

On the other side of the debate are the climate sceptics and countries protecting their own economies. The loudest are driven by global corporations, mineral-rich resources, and energy and mining companies – who call on favoured politicians, academics and public relations companies to muddy confidence in any real scientific data. And that’s before you factor in shareholders keen on squeezing every dollar from their investments or superannuation funds.

What should the Christian consider when thinking about the environment?

A key verse in the debate is Genesis 1:26-28, wherein God says humanity’s role is to rule or have dominion over the creation. Previously, this has been seen as a free rein to destroy as people please.

But there’s greater awareness now that this is more akin to good stewardship – that Christians need to be caring for the environment. “Man is created to rule. But this rule is to be compassionate and not exploitative,” North American theologian Victor P. Hamilton helpfully defines in his commentary.

In fact, fellow Moore College lecturer and blogger the Rev Dr Lionel Windsor, whose book Is God Green? will be released next month by Matthias Media says this problem is more complex than we think.  "I would support movements that try to reform and help industries to do the right thing so that they are actually good for society – and these kinds of things can come from either a right-wing or a left-wing economic approach; it’s not the prerogative of the Left and we need to stop giving air to people who say it is.”

Why should Christians Care?

“Christians should care about the environment,” says Dr Chase Kuhn, a member of the Sydney Diocese’s Social Issues Committee and ethics lecturer at Moore College. “What’s happened for us is that we’ve bought hook, line and sinker into a consumeristic mentality, and consumption cares very little for anything beyond the self.”

He says everyone buys into “disposable goods because of the quick, instantaneous gratification” but there’s “little consideration of the implications”.

“We’ve kind of thought we have boundless space for waste, or that we don’t care much beyond the generation beyond us. It’s almost like Hezekiah’s prayer after judgment’s coming in Isaiah 36-39 – ‘At least it’s not in my generation. It’ll be my grandkids who’ll have to suffer’.”

However, Kuhn says there is no divide between faith and one’s environmental responsibilities.

The link between justice and the environment

Melbourne lecturer in meteorology and self-described “ecotheologian” Dr Mick Pope believes Christians need to act on climate change because it’s inescapably linked to justice. Pope ranks it alongside the needs to address poverty, slavery, war and the oppression of the powerless and the defenceless, as he has written in his book A Climate of Justice.

“While there are many ways of framing climate change, it needs to be made very clear that, unless we deal with it, all of the other issues you care about deeply will be made much, much worse,”

Pope’s argument is based around the idea of restorative justice: that all people need to be given “the opportunity to fully flourish as a human being made in the image of God (Genesis 1:26-31), to exercise dominion wisely, and to do so corporately”. If anyone is in trouble, he says, then Christians are called to restore them to their original state of dignity.

Citing the parable of the Good Samaritan, he says all nations and peoples are our neighbours, as both the global economy and global ecological system are now interconnected. Decisions made by all Australians affect our neighbours. 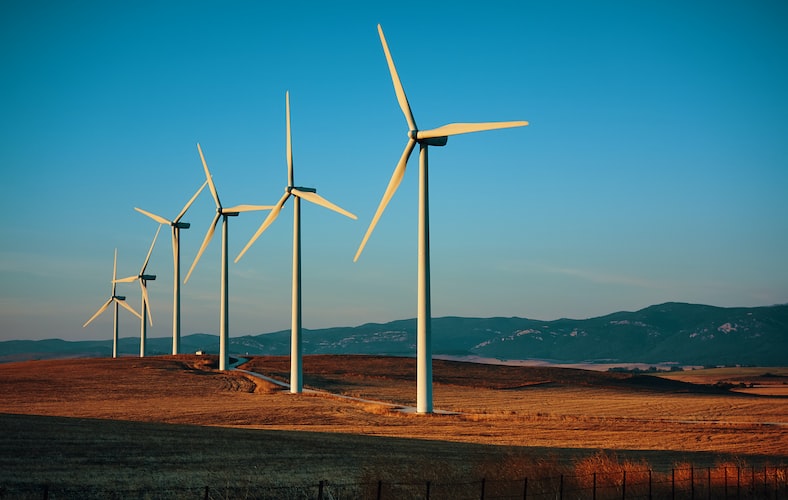 And there are major levels of worldwide injustice because of climate change. For example, Pope points to a 2009 report by the Federal Government’s Department of Climate Change and Energy Efficiency that predicts Aboriginal communities in Northern Australia – which already lack reliable transport, communication, health, education and employment infrastructure – will be further impacted by climate change, and that mass relocation from their homelands into larger regional areas was highly undesirable.

“In terms of climate change scenarios, hot spells [days of temperatures more than 35 degrees] are forecast to increase; the wet season is expected to become wetter while the dry season becomes drier,” he says.

“Sea surface temperatures will increase, and some models suggest that tropical cyclone numbers could decrease, but individual cyclones become more intense. Sea levels [rising] will impact coastal communities. There will likely be a range of impacts on ecosystems that provide Aboriginal people with a food source.”

“Justice is not something you do on a short-term mission trip; justice is a lifetime commitment to doing what is just.”

READ NEXT: How can we avoid green theology