Why we should thank Israel Folau 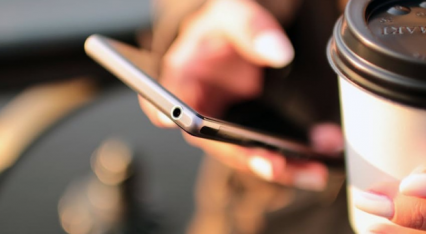 You might have had the experience, especially with a mobile phone in hand, of someone suddenly grabbing you to hold you back from crossing a busy city street. At that point, you can do one of two things. You can accuse your fellow pedestrian of assault – even false imprisonment – or you can look up to see that they have saved you from being run over and thank them profusely. It all depends on whether you perceive a danger and how you understand the intention of the other person.

It pains me that many people believe Israel Folau was self-righteously putting down others – rather than putting out an arm (or a post on Instagram) to hold us back from walking into danger.

The public outrage at his post – especially labelling it as hate speech – is based on two fundamental misunderstandings – what the danger is and what his intentions were.

I may not understand rugby – but as an Anglican bishop I can give you a classical Christian definition of hell. Hell is eternal separation from God. Whether you end up in hell depends entirely on your relationship with God. If we reject God and his son Jesus and seek to live life our own way God will allow us to have exactly what we have asked for – life apart from him. Hell is where this state of separation from God continues forever. The good news is - Jesus saves.

So, warning someone about hell, from a Christian point of view, doesn’t involve a self-righteous passing of judgment on others, because we are all in danger. The meme Folau posted might have had various groups named – but the liars category catches us all – him and me included.

Of course, the great and central news of the Bible (and what has been sadly lost in the media coverage of this) is not that there is a hell but that there is a heaven and that God loves us so much he sent Jesus so that we can follow him to safety.

What were Israel Folau’s intentions? I can’t speak for him. But I know that Folau, like any Christian, loves God and wants to talk about him. That is often awkward. Like the TV commercial for the bowel cancer test, it can stop a conversation dead.  But it is vital to remember that what motivated his comments was love, not hate. He was not condemning liars like me to hell but warning all people of the danger and pleading for them to walk with Jesus.

Of course, in the street corner incident I described you have a right to make up your own mind about what danger you are in. You might see Israel Folau, and me, as religious nutters imagining danger when there is none. After all, Jesus was (and is) seen by some people as a hell-fire preacher who had lost his marbles. But then again, you might also look up and thank him profusely for the warning.