Driscoll’s 300 give West Sydney a miss

Mark Driscoll revealed that there were 300 people keen to plant churches in Sydney Diocese who could not find any opportunities, yet one minister in Sydney's west says he cannot get anyone willing to help him plant a church in one of Sydney's newest suburbs. 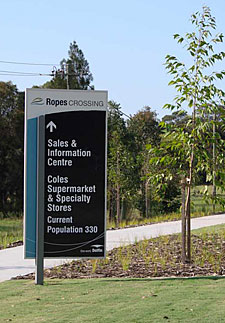 The rector of St Marys Anglican Church, the Rev David Clarke, is keen to plant a new church in the new housing development suburb of Ropes Crossing, located north of St Marys at the old ADI site.

However the people he has spoken to have called it "too difficult'.

"It's hard to know what to make of Driscoll's comments that there were 300 people interested in church planting yet find nobody willing to help out here,” Mr Clarke says.

“Are they really willing to make sacrifices and do the hard work to be involved in planting churches?"

"Some people I have spoken to from other parts of Sydney say it's just too far away to drive 45 minutes there and back on a Sunday, but I think they have lost sight of the great personal cost there is for people planting churches in other parts of the world. I'm hoping to find people who will take up their cross and follow Jesus into this challenging ministry."

St Mary's Anglican started a church plant in North St Mary's 18 months ago and is keen to keep the momentum going by planting at Ropes Crossing.

There are currently 330 people residing in Ropes Crossing and there is a plan for 5000 people to be housed there in the long term.

The suburb contains a primary school. While the developers have currently postponed building a community centre until 2010, Mr Clarke says the primary school or a person's living room are options for locations for the new church plant.

"With all the fuss Driscoll made about church planters with nothing to do, we want to see if there is any interest for planting in Ropes Crossing,” he says.

“If anyone is keen to be involved I would love to speak to them!”