Information about the Ropes Crossing church

For 18 weeks Sydney Anglicans Pete and Liz Wood (pictured right) have been holding an outdoor church service in their local park and, for 18 weeks, despite the stormiest winter weather, each Sunday has dawned bright and clear. 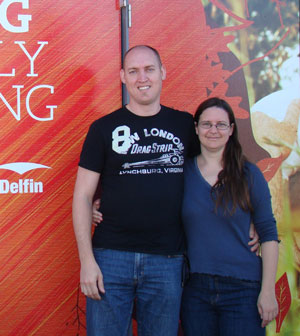 "People keep saying, "But what about if it rains?'," Pete Wood says.

A dry place to meet is just one of the every-day miracles that have accompanied the Woods' efforts to plant a church in the new Sydney subdivision called Ropes Crossing. North of St Marys and east of Cranebrook, Ropes Crossing is in the middle of Sydney's western housing explosion.

Pete Wood is a Moore College graduate and ordained minister who was inspired to become a church planter by Mark Driscoll's call to arms in Sydney in 2008.

He and Liz would like the security of a building for their fledgling service but they've come to accept that this is part of the cost of church planting.

"One of the things we've noticed about church planting is that it doesn't really work unless you go and live there, and that was a big hurdle for us," Pete says.

Ropes Crossing is so new there are few public facilities to take advantage of and renting was not an option.

But their decision to build a home in the middle of their mission field is already bearing fruit.

"We've met about 450 people in the six months since we've moved in, just knocking on doors and going to the park with our kids," Liz says. 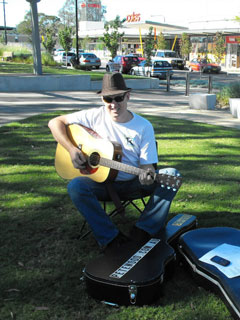 Those connections represent a staggering 50 per cent of the local population.

"The suburb is supposed to have about 5000 people living in it but because of the global financial crisis and the time it takes to build a house there are a lot fewer people there, so we're pretty happy with our statistics at the moment," he laughs.

However the prospect of the vacant plots filling up and the plans for two more similar-sized suburbs on their doorstep has the Woods looking for as much help as they can find.

"We've partnered with St Mary's Anglican and they're a great support hub for us in that they look after a lot of the financial stuff and the rector David Clarke is an accountability partner for me," Pete says.

The Woods have also been working closely with The Geneva Push, a church-planting network supported by Evangelism Ministries, to assess and develop their church planting strategy.

The Geneva Push will provide ongoing coaching and a variety of assistance from experienced church planters for the Woods' first three years.

Pete values the input because he says they are still "hot-housing' their core group.

"If you're going to bring the gospel to someone [here] you have to be a resident and we're still waiting for some Christians to move in," he explains.