Deacons don ‘the rags of a servant’ 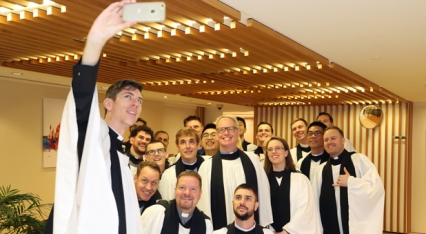 Twenty-two men and women lined up outside St Andrew’s Cathedral ready to be ordained, excited, fresh-faced and dressed in robes many had never worn. But as they took their vows inside they were charged with a ministry of ‘humble service’.

The ordinands will disperse to ministries all over Sydney including parish postings, multicultural work and Hospital, Defence Force and School Chaplaincy. 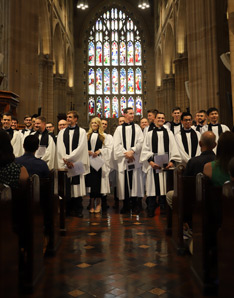 The cathedral was crowded with family, friends and congregation members of those being ordained deacon, many having just finished theological study at Moore College.

The now Reverend Stephen Gibbins was a Royal Australian Airforce Pilot, flying the C-17A Globemaster prior to studying at Moore Theological College. He now works at Vine Church in Surry Hills, as part of his training to become a Chaplain in the RAAF.

“I’ve just started to serve at Vine Church and there’s a few people from Vine at the service today which is nice to have their support, having only known some for a month or two.” Mr Gibbins said. “I served as a student minister at MBM, Rooty Hill and Village Church, Annandale during my time at college. There are people from both of those churches at the service as others who I served alongside at those churches are being ordained today as well. It is great to see the faces of those who have played a big part in my ordination within the pews.” 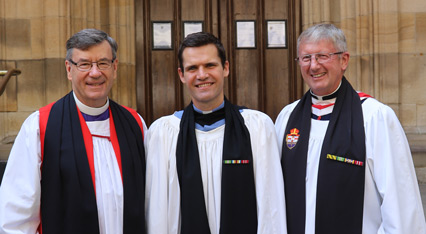 “For me, being ordained opens doors to be able to preach the gospel to the people of the Defence Force. After serving at Vine Church I’ll be serving as a Chaplain in the Air Force which could be anywhere in Australia. Wherever I’m posted or deployed, I’m expecting to be able to get on with the work of the gospel in each new location.” Mr Gibbins said.

For the Reverend Vincent Chan, work at Fairfield and Bossley Park will continue, but as an ordained minister. “I feel both a great sense of privilege and responsibility. We're all called to be ministers of Christ, but to be freed up to do that in a fulltime capacity is a great privilege that I hope not to forget easily.” Mr Chan said. “At the same time, reading through the vows that we'll be making has added a right sense of soberness to what I'm committing myself to before God.”

His work in a strongly multi-cultural area of Sydney has already taught him lessons. “I'm already two years in and so ordination itself doesn't change things too dramatically. However, I've learned that multicultural ministry is really hard work - there are no silver bullets. And so I'm just looking forward to what God will keep teaching me in this area.” 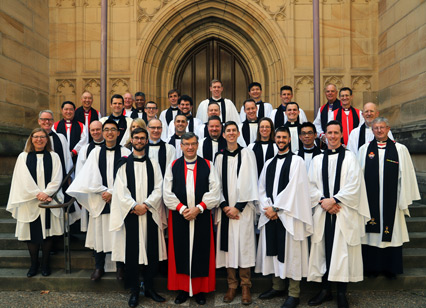 “I have been involved in schools ministry for years and began my role at Abbotsleigh at the beginning of 2019.” Polly Butterworth said. “So I’m excited to continue working for the Lord as I have the privilege to see the gospel change the lives of young women. There feels as though there aren’t enough hours in the day to do all that I would like to do in my role, however, I know that God is the Lord of my days.” 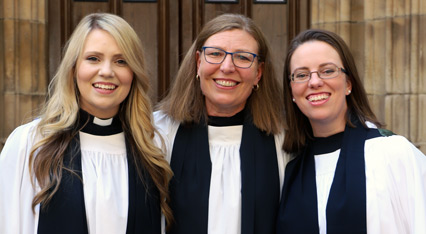 “Ordination has felt like a public acknowledgement of a Spiritual truth - that God has called me into full-time gospel ministry,” she says. “In the years leading up to ordination, through the preparation process. there have been so many opportunities for reflection, growth and insight into ministry practice which I can highly recommend to those in gospel ministry. I also look forward to the advantages that ordination will give me - a fellowship with those who are similarly striving to connect Sydney with the love of Christ, through vocational ministry.”

The day ranged from excitement, selfies and pictures with family to weighty vows of ordination, prayer and reflection from Scripture. 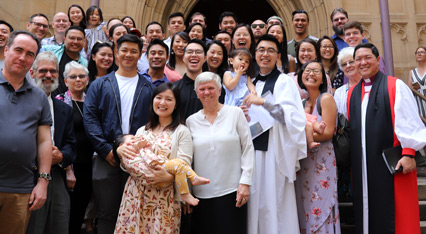 'Be humble as Jesus was humble'

The Bishop of Georges River, Peter Lin, spoke from Philippians 2, urging the candidates to imitate the humility of Jesus.

“Today you sit here full of knowledge and loaded with ministry gifts,” Bishop Lin told the ordinands. “Can I say we deserve none of it. We deserve nothing but we have been given it all in Christ and our unity in Christ ought to generate the humility of Christ. To take the knowledge God gave you but use it humbly. Take the gifts you did nothing to acquire and use them humbly.”

Looking out on the robed clergy Bishop Lin said “On this special occasion as we ordain you in this kind of not so humble looking attire, please don't see these as symbols of status or robes of entitlement but as the rags of a servant. So each day that you awaken in the service of the risen Lord Jesus have his mindset. May your unrestrained, unstoppable ambition be the humility of Christ.”