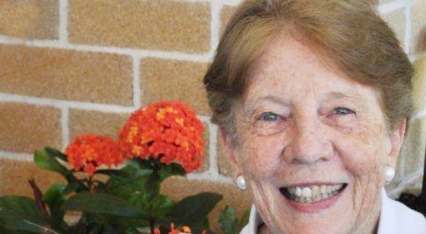 A life of service has been recognised with an Order of Australia medal at the age of 84 for Robyn Claydon, named on the Australia Day honours list.

Mrs Claydon, whose husband David was honoured with the same medal two years ago, has a lengthy record of service in Sydney Anglican churches, schools and institutions and Australian and international Christian churches.

Mrs Claydon (pictured above) was deputy Principal of Queenwood School in the early 1970s and later vice-principal of Abbotsleigh School from 1980 to 1989.

As well as being a speaker and author, both she and her husband are well known for their work with the Lausanne movement.

Mrs Claydon chaired the Australian Lausanne Committee from 1992 to 2006. She also served as vice-chair of the International Committee. One of her significant achievements was mentoring other women through the Lausanne movement.

Also overseas, she developed and now advises St Andrew's School in Hyderabad, India.  As well as being involved in raising funds for the establishment of the School she is active in organising the continuing sponsorship of students from poor communities.

"I was involved in a ministry around the world for young Christian women and I met this young woman in India who just graduated with a masters degree and was about to get her first job as a teacher," Mrs Claydon told the Hornsby Advocate. “She told me about her dream to build a school for poor children. When I got home I spoke to my connections and raised money so we could build a school."

The Medal of the Order of Australia citation for Mrs Claydon reads 'For service to education, and to the Anglican Church of Australia.'

Other Anglicans honoured with an OAM include Barry Smith of North Richmond, honoured for service to local government, and to the community. Mr Smith, a former Parish Councillor and Church Warden of St Matthew's Church, Windsor, has a lengthy history of community involvement and was the General Manager of Hunter's Hill council for more than twenty years until 2018.

In the Shoalhaven area, Gerald Moore was given a Medal of the Order of Australia for service to the Indigenous community.

Mr Moore was Chief Executive Officer of the Secretariat of National Aboriginal and Islander Child Care in 2016/17, he was CEO of the NSW Aboriginal Legal Service for six years and is a member of Shoalhaven Aboriginal Community Church. 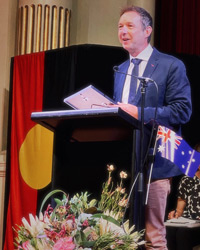 In the New South Wales Citizen of the Year awards, also presented on Australia Day, the senior minister of Church by the Bridge, the Rev Paul Dale, was honoured.

Mr Dale (pictured) was named a NSW ‘Citizen of the Year’ for Services to the Community, at the North Sydney Australia Day Celebrations.