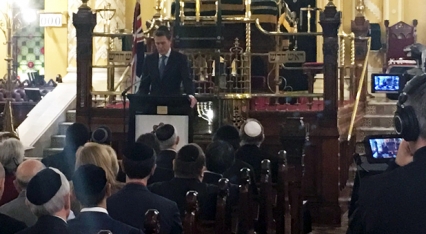 The Archbishop of Sydney, Dr Glenn Davies, has welcomed the release of the Federal Government’s draft Religious Discrimination Bill but cautions more work is needed on the detail of the Bill.

“We welcome the Attorney-General’s clear statement that greater protections are needed for people of faith, or of none, concerning freedom of speech, conscience and belief. Other attributes such as sex and race are protected, it is only logical that faith be among those.”

Although there has been a media concentration on the case of Israel Folau, Dr Davies said the issues are much wider.

“We want MPs of all parties to understand the framework of faith by which religious organisations operate in all areas of society from care ministries to health and education.”

“We are disappointed that there doesn’t yet seem to be a comprehensive approach which includes both the draft legislation just released and the work of the ALRC examining the patchwork of existing legislation. There needs to be deep consultation on both areas as soon as possible.”

Dr Davies said the Anglican Diocese of Sydney was committed to engaging in the consultation process which Mr Porter has set in place.

“I hope the Federal Opposition will support, in the spirit of bipartisanship, an outcome which strengthens social cohesion and freedom of speech, conscience and belief in Australia.”