Archbishop Peter Jensen has given firm support to an Anglican conference that aims to call the Communion back to the basic tenets of the Christian faith.

The Global Anglican Future Conference (GAFCON) will be held in the Holy Land in June 2008.

The event is the initiative of church leaders who pastor more than 30 million of the 55 million active Anglicans in the world. 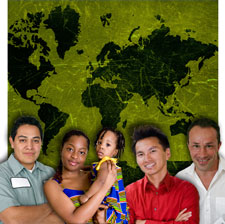 Archbishop Jensen says the aim of the conference is to discuss the future of mission and relationships within the churches of Anglican Communion.

"We must look to the future and network with Anglicans Christians from around the globe who share our trust in the authority of God's word," Archbishop Jensen says.

The event was agreed upon by a meeting of orthodox Anglican primates and other senior clergy attended by Archbishop Jensen in Nairobi shortly before Christmas.

Styled as a "pilgrimage' to affirm the Biblical and Historical faith, the GAFCON web site says invitations will be extended to bishops, senior clergy, church planters, and lay people including the next generation of young leaders.

"Israel is planned as a venue because it symbolises the Biblical roots of our faith as Anglicans," Archbishop Jensen says.

GAFCON will be held in June, a month prior to the once-a-decade Lambeth Conference when representatives from the world's diocese meet in London to discuss issues confronting the Anglican Communion.

However the organisers deny GAFCON is an alternative to Lambeth, with delegates free to attend both.

"While this conference is not a specific challenge to the Lambeth Conference, it will provide opportunities for fellowship and care for those who have decided not to attend Lambeth," says Canon Dr Chris Sugden, one of GAFCON's initiators.

"There was no other place to meet at this critical time for the future of the Church than in the Holy Land."

Many in the Anglican Communion, particularly the Global South, have felt the need to affirm their commitment to a gospel centred on the life and teachings of the Lord Jesus Christ at a time when American and Canadian arms of the church have actively promoted the ordination of practising homosexuals and the blessing of same-sex unions.

"It is a meeting which accepts the current reality of a Communion in disarray over fundamental issues of the gospel and biblical authority," explains Archbishop Jensen.

"It therefore seeks to plan for a future in which Anglican Christians world-wide will increasingly be pressured to depart from the biblical norms of behaviour and belief."

"Rather than being subject to the continued chaos and compromise that have dramatically impeded Anglican mission, GAFCON will seek to clarify God's call at this time and build a network of cooperation for Global mission," says Southern Cone Primate Gregory Venables.

In a message to Sydney Anglicans, Archbishop Jensen says the fall-out from persistent rejection of traditional Anglican teaching by some parts of the North American church has forever changed the Anglican Church.

"We will never go back to being the Communion which we once were," he says.

Archbishop Jensen says "genuine Anglicans' who have made no change to their basic beliefs and represent the majority of the Church's regular attenders have seen their witness to the gospel "severely hurt'.

"Some American Anglicans are as committed to their new sexual ethics as to the gospel itself, and they intend to act as missionaries for this faith, wishing to persuade the rest of us."

"The problems posed by the American church are not going to remain in North America. This means that the rest of the Anglican world must be vigilant to guard the teaching and interpretation of scripture."

Archbishop Jensen is hoping to see Sydney lay persons and clergy attend GAFCON alongside the diocese' bishops, and is encouraging prayer for Bible-believing Anglicans around the world.

"We have much to learn from them and they can benefit from our fellowship also."

Jesus in all the scriptures