GAFCON ends with Letter to Churches

The largest Anglican gathering for 50 years has ended in Jerusalem with a series of announcements about the Global Anglican Future (GAFCON) movement and a statement in the form of a ‘Letter to the Churches’.

The statistics of the meeting were staggering, with more than three-quarters of a million social media interactions and more than five million viewers through Nigerian TV and Internet live-streaming, 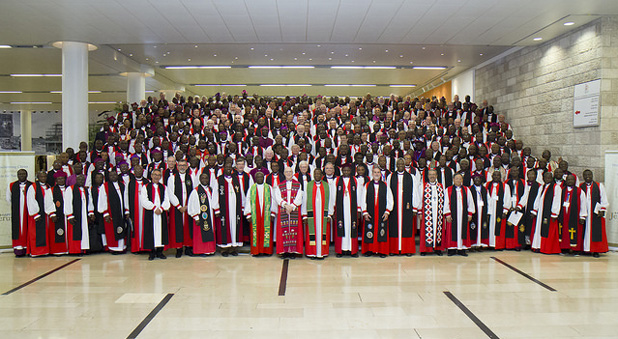 The theme of “Proclaiming Christ Faithfully to the Nations” saw each day began with common prayer and Bible exposition from Luke 22-24, followed by plenary sessions on God’s Gospel, God’s Church and God’s World.

“To proclaim the gospel, we must first defend the gospel against threats from without and within.  We testify to the extraordinary blessings on this Conference, which leads us to call upon God even more, that the Anglican Communion may become a mighty instrument in the hand of God for the salvation of the world. We invite all faithful Anglicans to join us in this great enterprise of proclaiming Christ faithfully to the nations.” the letter said.

A number of networks have been formed including church planting, evangelism, youth work and development.

“In the world into which we go to proclaim the gospel, we shall encounter much which will need us to walk in paths of righteousness and mercy (Hosea 2:19; Micah 6:8). We commit to encouraging each other to give strength to the persecuted, a voice to the voiceless, advocacy for the oppressed, protection of the vulnerable, especially women and children, generosity to the poor, and continuing the task of providing excellent education and healthcare. As appropriate, we encourage the formation of other networks to assist in addressing these issues.” the letter said. 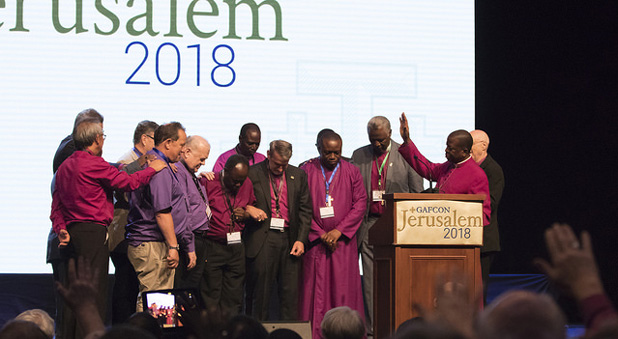 The conference also saw a change in leadership, with a thunderous two minute standing ovation for the outgoing secretary, Dr Peter Jensen. His place will be filled by the Archbishop of Jos, Ben Kwashi. Archbishop Foley Beach, the Primate of the Anglican Church of North America replaces the Primate of Nigeria, Archbishop Nicholas Okoh as Chairman of GAFCON.

Archbishop Glenn Davies chaired the statement drafting group. See an interview with him below.

Reactions to the Gafcon2018 conference statement from leaders in the Europe, Africa, North and South America and Australia from GAFCON Official on Vimeo.

The Letter to the Churches is here