GAFCON wraps up with commitment

The second Global Anglican Future Conference (GAFCON) has wrapped up in Nairobi, with a communique and a 7 point commitment document.

The gathering exceeded the size and reach of the first meeting, held amid the Lambeth crisis in 2008. The conference and the movement it began, the Fellowship of Confessing Anglicans (FCA), is being widely acknowledged as a strong force in the Anglican Communion.

Although initially expecting 1100 delegates the final total was 1352 with attendees including 30 archbishops, 331 bishops, clergy and lay people, men and women, from almost 40 countries.

Archbishop Nicholas Okoh, Primate of the Church of Nigeria (Anglican Communion) – which has 18 million active Anglicans – sent a delegation of more than 450.

At the opening news conference Archbishop Okoh, the Presiding Bishop Tito Zavala of the Southern Cone and the Chairman of GAFCON, Archbishop Eliud Wabukala, refuted characterisations of the gathering as a breakaway movement, with the General Secretary of the FCA, Dr Peter Jensen responding that “nothing could be further from the truth”.

By the end of the conference, five days later, delegates had committed themselves to outreach, witness and building networks of orthodox Anglicans around the world.

They also agreed to expand the activities of the Fellowship of Confessing Anglicans.

The conference communique and commitment was worked on by the delegates throughout the week, with input from a meeting of Bishops and Archbishops and mini-conferences on subjects such as marriage and family, Islam, theological education, children and youth, women and Gospel and culture.

Archbishop Glenn Davies, who was on the statement drafting committee at the first GAFCON in Jerusalem, was also on the second statement committee  and led the Sydney delegation, which – together with the rest of Australia, New Zealand and the Pacific – numbered about 80. 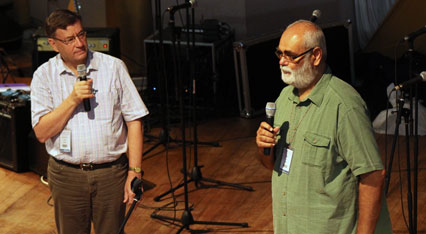 "We met with great joy in Nairobi" the statement said and "...reaffirmed our view that we are a global fellowship of confessing Anglicans, engaged in a movement of the Holy Spirit which is both personal and ecclesial." 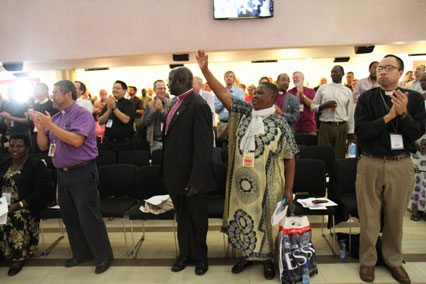 "We believe we have acted as an important and effective instrument of Communion during a period in which other instruments of Communion have failed both to uphold gospel priorities in the Church, and to heal the divisions among us."

The communique outlined the history of the movement and said since 2008 " ....we have become a movement for unity among faithful Anglicans. Where, in taking a stand for biblical faithfulness, Anglicans have been marginalised or excluded from provincial or diocesan structures, the Primates’ Council has recognised and authenticated them as faithful Anglicans."

The Conference agreed the movement should be committed to "Evangelising areas of our world where clear gospel witness has become obscured or lost and bringing the gospel to unreached peoples. Much of our energy must be devoted to bringing the gospel to children and young people and developing the leaders of the future. We also recognise the need to pray for, love and witness to Muslims with the gospel of Jesus."

This included a reaffirmation of the Jerusalem Statement and Declaration, agreed to in 2008. The points included a statement on marriage "We commit ourselves to teach about God’s good purposes in marriage and in singleness. Marriage is a life-long exclusive union between a man and a woman. We exhort all people to work and pray for the building and strengthening of healthy marriages and families. For this reason, we oppose the secular tide running in favour of cohabitation and same-sex marriage.

GAFCON also said "We commit ourselves to work for the transformation of society though the gospel. We repudiate all violence, especially against women and children; we shall work for the economic empowerment of those who are deprived; and we shall be a voice for persecuted Christians." 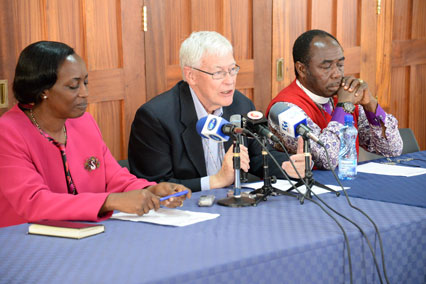 Around the world, the delegates committed to the continuation of the Global Fellowship of Confessing Anglicans, putting membership, staffing and financing onto a new basis. We shall continue to work within the Anglican Communion for its renewal and reform.

Finally, the statement said "We commit ourselves to meet again at the next GAFCON."