Islands and inland seas as Southern Africa hit by flooding

“An entire community was submerged when people woke up on Saturday morning. Many have been left homeless and numerous others have either been confirmed dead or are still missing” said the urgent call to Anglican Aid from Tawanda Masango, newly returned to Zimbabwe from Sydney.

Tawanda and his wife Shupi endeared themselves to Sydney churches while studying at Moore College and had just been home in their native Zimbabwe a matter of months when the country, as well as neighbouring Mozambique and Malawi were hit by Cyclone Idai.

The Cyclone swept over the port city of Beira on Mozambique's Indian Ocean coast, on Friday 15th March. It is estimated that 90% of that area is now underwater, turning  formerly dry and desolate areas into islands in the midst of inland seas.

In eastern Zimbabwe, only a few hundred kilometres from Beira, areas such as the beautiful Rusito Valley have been severely damaged and are cut off from the outside.
Tawanda and his colleagues Antony Dandato and Robinson Gezimati, are working in university ministry and the Honeyworld bee-keeping enterprise in Zimbabwe. They have links and support from Anglican Aid and Sydney parishes such as Maroubra, Wild Street, Church by the Bridge, St Ives and Norwest. Their families live in the flood hit Rusito Valley.
“Rusitu is well known for its juicy fruits but many of the crops, trees including vast fields of maize have been destroyed, leaving many without food and the situation will only get worse with time. Some have claimed that Idai might be southern hemisphere’s worst disaster on record and that may not be far from the truth.” Tawanda and his colleagues said in an emergency bulletin. “Faced with this, our stomach churns as we struggle to come to terms with such devastating loss of lives and destruction of property. The rains which we normally pray for, have now come to us in monster form, leaving us mourning and struggling to see any hope for the future.”

The Archbishop of Sydney's Anglican Aid has committed an immediate $10,000 in funding for the victims of the flooding in Eastern Zimbabwe. 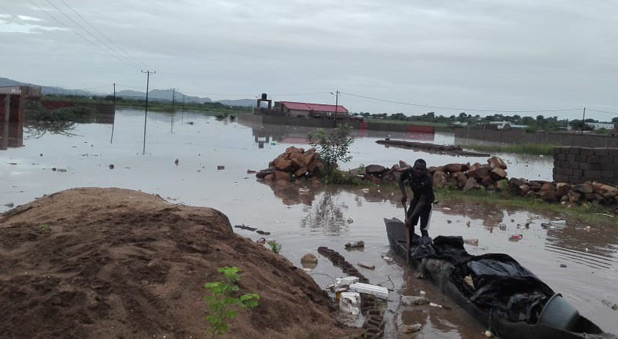 “Words can hardly be found to express the degree at which heavy rains have affected communities in Mozambique, Malawi, and Zimbabwe with current reports indicating at least 600,000 people being affected and more than 1000 lives may have died.” said the Rev Shadreck Kwagwanji from the Diocese of Niassa in Mozambique. “There has been loss of lives and severe damage done to schools, hospitals, health facilities, Churches, farms and other key infrastructure in many parts of Beira, Manica, Zambezia, Tete and Niassa.”

Efforts are underway to rescue those clinging to rooftops and up trees in completely submerged areas. One news report spoke of mothers clinging to trees, throwing their babies onto rescue boats. Elsewhere people were plucked from head-deep water, only to stranded on islands of land which were only partly submerged.

The appeal opened by Anglican Aid is online now.

Bethlehem’s Inns Are Empty This Christmas

Is Africa overtaking the Middle East as the new jihadist battleground?

NSW pubs, theatres and places of worship say ‘freedom day’ will be their biggest lifeline in months