Christine Jensen, the wife of the former Archbishop, and Peter Kell, the former head of Anglicare, are among Sydney Anglicans named in the Australia Day honours list.

Mrs Jensen, who was extremely active in ministry during her husband Peter’s term as Archbishop from 2001 to 2013, was awarded a medal of the Order of Australia (OAM) for service to the Anglican Church community in Sydney.

Wollongong-based Mr Kell, who was head of Anglicare Sydney from 2004 to 2011, was made a Member of the Order of Australia (AM) significant service to the Anglican Church of Australia, to social welfare programs and to the community of the Illawarra.

Mrs Jensen said she was ‘surprised’ to receive the award and told Southern Cross ‘I think my mother would be even more surprised!’

“The centre of my life ever since my childhood has been knowing Jesus as my Lord and Saviour. In the end it doesn’t matter who I am or what I’ve done. But what has driven me, what has given me purpose and meaning, is my faith in the saving work of the Lord Jesus.” Mrs Jensen said. 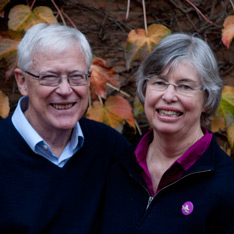 The award citation sets out Mrs Jensen’s work as the immediate past President of the Mothers' Union in Sydney and her work as President and Patron, as well as being a council Member, of Mothers' Union Australia, from 2008 to 2014. She was a lay member of the Women's Ministry Team of the diocese from 2002-2007 and a guide and mentor to wives of students attending Moore College during her husband’s time as Principal and to ministry wives during his time as Archbishop.

“By God’s grace I have had opportunities to serve him in ministry to and with women through Ministry wives, Moore College and Mothers’ Union Sydney. Because of this I have met so many wise, godly women who have taught me so much and I am so thankful for the impact they have had on my life.” she said.

Mr Kell was a lawyer with extensive experience on diocesan committees even before his role as chief of Anglicare. 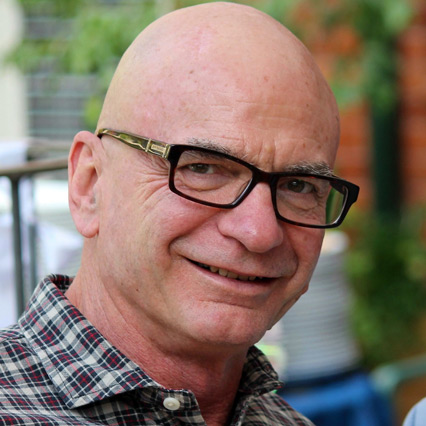 “I have been a Christian for most of my life and so it has been natural for me to want to serve the church – I have been fortunate to have had opportunity to do that mainly here at St Michaels Cathedral in Wollongong and in the affairs of the Diocese of Sydney.” Mr Kell said. “I think the training and insights I received as a lawyer stood me in good stead in the Diocesan work especially.”

Mr Kell also served as a council member of Anglicare Australia, chaired the Archbishop's Strategic Commission on Structure, Funding and Governance, and was a member of Standing Committee, Provincial Synod and General Synod. He was a member of various Anglican councils, including the Wollongong Regional Council, Moore Theological College council and chaired Illawarra Grammar School (TIGS) for 14 years.

“I was also very glad to be involved in helping people doing it tough when I was asked to head Anglicare Sydney. To be able to work with people who were getting alongside people in all walks of life who were struggling and see the lives of those people changed by care through Jesus Christ was a humbling experience – the best years of my working life!”  Mr Kell said.

Mr Kell’s award citation also mentioned his work as a leading member of the Wollongong community.

“I passionately believe in community so being in a position over the years to work for a better community here in Wollongong in many areas of community life - areas like business with The Illawarra Connection, education with the University and TIGS, and with the Red Shield Appeal and The Olympic Committee work, and with helping establish The Illawarra Credit Union and see it grow over the years -  has been a wonderful experience for which I am very thankful.” Mr Kell said.

“Like everyone who is being acknowledged on Australia Day I did none of these things to get an award, but because I was living  what I believed and wanted to see a better place created – it is very humbling to be acknowledged in this way.”

Also made members of the Order of Australia (AM) were Judith Neilson, a benefactor to Gawura School at St Andrew's Cathedral School. Gawura helps educate indigenous students from the inner areas of Sydney.

Economics Professor John Nevile was made an AM for significant service to tertiary education and to professional organisations. Professor Nevile was Convenor of the Social Issues Commission of the New South Wales Ecumenical Council from 1990 to 2003 and remains an Anglican delegate to the council.

Others awarded a medal of the Order of Australia (OAM) included Gregory Hammond,  for service to the community through a range of volunteer roles. 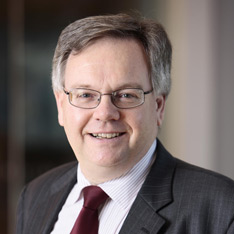 Mr Hammond has served the diocese extensively as a chair and councillor of Arden Anglican School, as a board member of Robert Menzies College and on various Anglican committees. He has also been warden, parish councillor and Synod representative for the parish of Macquarie in North Western Sydney.

Dr Paul Whiting of Pennant Hills was given an OAM for service to the community through choral music.

Terence Oakes-Ash of Bowral, a former director of the NSW Employers Federation and past chairman of Anglicare’s ‘Back a Bushie’ campaign, was honoured for service to the community and to commerce.