Operation Cruise Terminal: A mission opportunity is about to explode 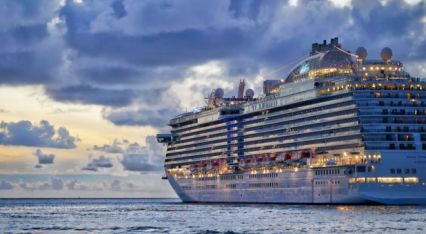 To say that the Rev Un Hui Tay is brimming over with the joy of the Lord would be a huge understatement. He always has a story or three, laughs almost more than he talks and looks a decade younger than his 59 years. All God’s doing, he assures me.

Mr Tay – or Pastor Tay to the sailors he serves – brings this exuberant faith, and 40 years as a church planter, to his work as head of the Mission to Seafarers. He is excited about what the mission can offer to the mainly Asian crew of international freight vessels, who have to live away from their loved ones in order to provide for them.

Jesus speaks into the life of a seafarer

“The life of a seafarer is very tough,” he explains. “They sacrifice the comfort of home… spend nine to 12 months at sea and have to deal with isolation, loneliness, depression, mental health issues.

“The suicide rate for seafarers is much higher than the general population. If you have relationship problems, you have nowhere to turn. If you have problems at work, you can’t go home like the rest of us do. There’s no escape. 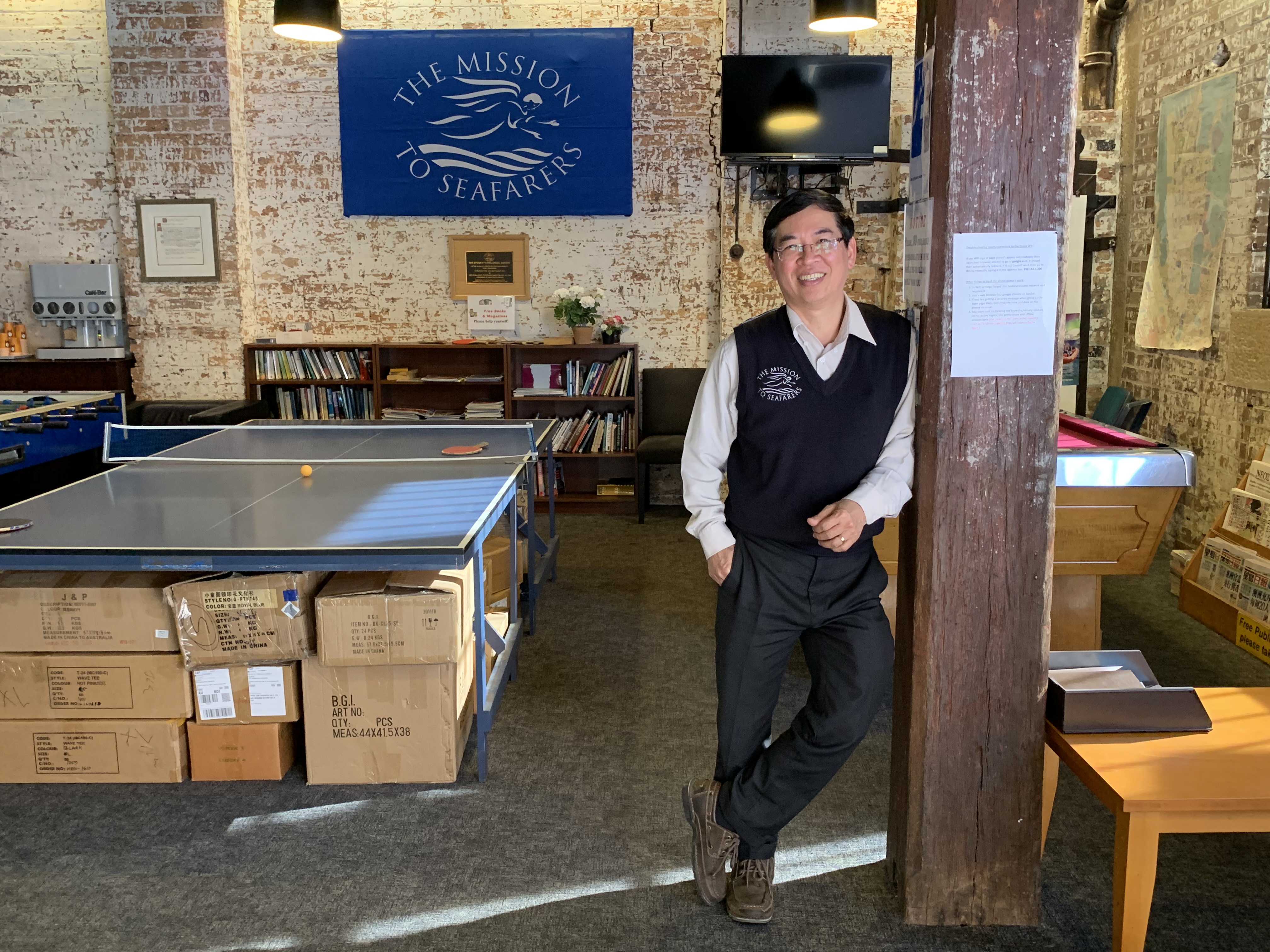 “When they arrive at the port we have a chaplain go on board to visit them. We provide pastoral care, counselling – we are there for them, a pair of listening ears that they can confide in, whatever the issues are. They look forward to seeing us.”

Because of the mission’s desire to be a welcoming, compassionate ministry its centre at Miller Point is crammed with whatever a travelling sailor might need: a place to relax with free wifi, cheap local SIM cards, Western Union money transfers, toiletries, chocolate, international snacks – even local souvenirs at cheaper prices than the shops outside.

But more than anything else, Mr Tay wants those who visit to hear and respond to the gospel.

“Because of the standard sea routes we see them once every 35-42 days,” he says. “Our bus goes and picks them up [from places such as Port Botany]… and whenever they’re not talking to family or whatever there’s time for our staff here to interact and talk to them.

“From time to time I’ll call some of them to my office, where I’ll chat to them and ask them about their faith. I will ask them whether they have personally committed their lives to Jesus and if they have not, I share the gospel with them. If they want to make that commitment afterwards, I guide them through a prayer of commitment… and every time they come back to Sydney, we can continue those conversations and follow them up.”

As exciting as this ministry is, there are even more opportunities on the horizon – what Mr Tay refers to as “Operation Cruise Terminal”.

In recent years the Mission to Seafarers has gradually been given greater access to crews on cruise ships, which visit Sydney almost every day between October and April. While there might be 26 crew on a container vessel, there can be up to 1200 on one cruise ship.

“If you got 10 per cent or even 5 per cent of this crew visiting us, we’d be like a madhouse!” Mr Tay says with a laugh. And you know there’s nothing he’d rather see happen. But the mission has, at this stage, only a handful of volunteers in addition to its four staff chaplains, so during the cruise season they need more willing hands to welcome crew at the Overseas Passenger Terminal as well as, for the first time this year, the terminal at White Bay.

The mission has only a handful of volunteers

The reason for their presence is that most crews on cruise ships have never heard of the Mission to Seafarers and aren’t aware of its support services for life or faith. For the five years to 2017, Mr Tay says, they had barely 10 crew members visit the centre during each season. Last year, after they reached out in person at the terminal, there were 250 visitors. This year he hopes to double that. “Can you imagine?” he asks, smiling broadly.

He hopes to create a roster of people who can give up an occasional morning to welcome newly arrived crews to Sydney, explain what the Mission to Seafarers is about and be ready to share the gospel if the opportunity arises.

“Our mission here is a good training ground for those who want to go for short-term missions overseas,” Mr Tay says. “The crews come from all over the world so people could start here, learn how to understand the mindset and a bit of a different culture and see how comfortable they are with that before they go.

“We need extra hands and feet to help us with Operation Cruise Terminal, and we trust in God by faith. He will uphold us.”

Those interested in Operation Cruise Terminal, or having Mr Tay come and speak about  Mission to Seafarers at their church, can call 02 9241 3009 or visit MTS Sydney.

Mission to Seafarers in Sydney are being recognised

The work of Mission to Seafarers in Sydney is being recognised nationally and internationally, with the centre – and Un Tay himself – in line for major awards.

The ever cheerful and enthusiastic Mr Tay has also been nominated, and shortlisted, for ISWAN’s Personality of the Year award. He has one of his many laughs at the mere idea of it. However, he is delighted that, “by God’s grace”, such attention helps put Mission to Seafarers in Sydney on the international map.