[SPOILER ALERT] Our picture of heaven is woefully inadequate

Episode 10 of Season 3 of The Good Place dropped tonight and [SPOILER ALERT] the characters finally made it to the REAL Good Place- well, at least the front door.

The Good Place is an exploration of morality, heaven, hell, and the afterlife. Currently finishing up its third season, The Good Place has managed some superb twists. It has manipulated an audience into feeling sympathy for a demon, thinking seriously about moral philosophy and given us a new and helpful framework to talk about what happens after we die. Through three seasons, we have watched the show meander through the “Bad Place”, the “Neutral Place”, the “Real Bad Place” and finally the “Good Place”.

It’s something of a relief. However, when our heroes finally do make it to the ‘real’ Good Place, it is disappointing. The Good Place relies on some Ned Flanders-esque tropes to depict their moral equivalent of heaven. Sure, it’s funny, but as we drive down into the stereotypes they are based on, we start to see some dangerous lies Western Society believes about heaven. 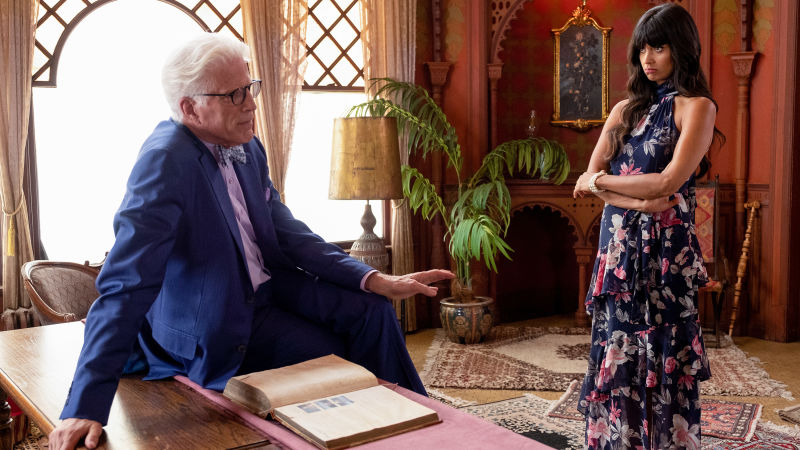 So here are three lies that The Good Place depicts about heaven and three truths that we need to focus on.

Lie One: Heaven is all about me

“Are you sure we are in the actual good place - it is rather carpeted…”, asks Tahani (played by Jameela Jamil), a high-class aristocrat obsessed with appearances. She is asking because her assumption is that a good place could not have carpet that she doesn’t appreciate.

It’s an assumption which is reaffirmed almost immediately. They are convinced that they are in the real Good Place when they breathe in and can smell “whatever makes you happiest”. Whether it is warm pretzels, absolute moral truth, or the curtain between first class and economy closing. They are content because they have found themselves in an individualistic heaven that answers their every desire.

Truth One: Heaven is about God

After this I looked, and there was a vast multitude from every nation, tribe, people and language, which no one could number, standing before the throne and before the Lamb….And they all cried out in a loud voice: Salvation belongs to our God. Revelation 7:9-10

Lie Two: The agents of goodness are naive and incompetent in the face of injustice

She accepts a series of far fetched lies, is excruciatingly cheerful, and can’t help but wave at the humans. She may as well be saying “Hi-diddly-ho!”- she is that ridiculous.

The other good place agents we meet are a committee obsessed with following the rules. They discover injustice, and their response is to spend 400 years making a committee and another 1000 years checking there is no conflict of interest.

The agents of the Good Place have no way to stand in the face of injustice, other than shaking a fist, which may or may not turn into a cheerful wave.

He will faithfully bring forth justice.

“He will not be disheartened or cruched. Until he has established justice in the earth” Isaiah 42:4

He isn’t left wringing his hands. By sending Jesus to deal finally and perfectly with injustice, God ensures that justice is enacted. 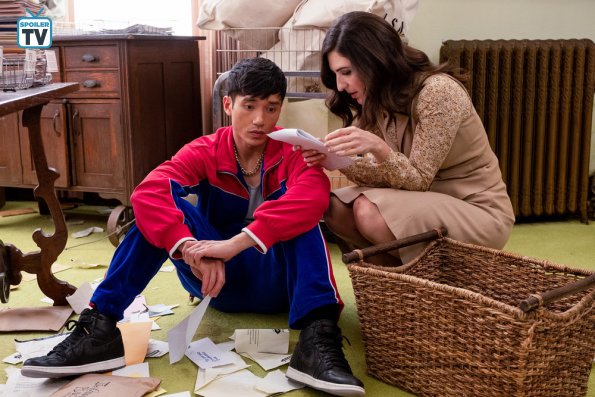 Lie Three: If you try hard enough, you will get to heaven

This lie is threaded throughout The Good Place. It is what spurs the humans on as they confront demons and other obstacles. It’s the most dangerous lie, because it’s one that we are often all to close to believing- that if we just try hard enough, we will eventually find a judge, or accountant, or committee, that will accept us as good people.

We haven’t made it to the end of the show, but we can be pretty confident that it won’t end up with the characters in the bad place, as they all deserve.

Truth Three: It is only through Jesus that we can be accepted.

For it is by grace you have been saved, through faith - and this is not from yourselves, it is the gift of God -  not by works, so that no man can boast. Ephesians 2:8-9

We are saved some of the anxiety of the characters on the show, in that we aren’t wondering about our eternal fate. Thanks to Jesus’ death, we can be confident that we will be accepted by God.

The Good Place is a fantastic television series. It gets people talking about important issues and provides a medium to think about morality. But it is important as we watch that we don’t get sucked into the distorted view of heaven and humanity that it depicts. Because when you start to distort God’s character heaven, or the message of salvation through Jesus, you paint yourself a picture of a good place that isn’t that satisfying after all.

Can you run a beach mission without the beach?