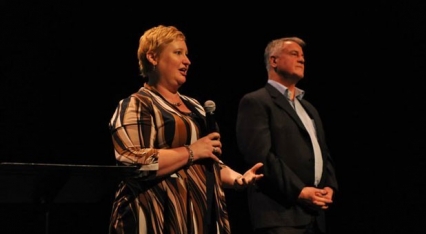 Plans for Australia’s first Protestant university are gaining momentum, with a formal partnership between Sydney’s Wesley Institute and Indiana Wesleyan University that will see the institute renamed Excelsia College.

The name will change in January with a decision on a new site and relocation later in the year. The partnership will also expedite the group’s application for Excelsia to become a university college, and then seek status as an Australian university.

“As part of the process to earn accreditation as an Australian university our course offerings will expand over the next few years, with a range of new courses already under development and due for launch from 2016,” says Indiana Wesleyan University’s vice chancellor for Asia-Pacific, Professor Bridget Aitchison (pictured above).

“This is an exciting time in the realisation of our vision, and we are tremendously grateful to the Australian community for the overwhelming support for our efforts so far,” Professor Aitchison says.

The CEO of Wesley Institute, Dr Greg Rough, is upbeat about Excelsia’s prospects now, and into the future.

“With Christian schools being the fastest-growing school sector in the country, there is opportunity in higher education for students to continue holistic education in a Christian environment,” he says. “We intend to fulfil this need.”