A new Bishop for the West 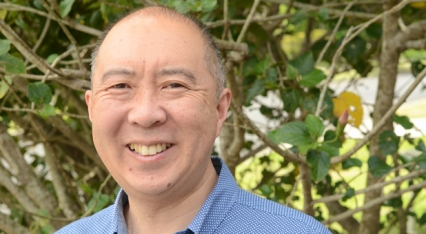 The Archbishop of Sydney, Dr Glenn Davies, has announced he has appointed the Rev Gary Koo to be the next Bishop of Western Sydney.

Currently the Senior Minister at St Paul’s, Carlingford & North Rocks, Bishop-designate Koo has extensive experience in multi-congregational churches and in Chinese ministry in the west of Sydney.

The son of Malaysian migrants, Mr Koo was raised an atheist until he decided to follow Jesus while studying medicine at the University of Sydney.

After graduating from Moore Theological College, he served as a pastor and church planter for the Chinese Christian Church Sydney before being appointed to St Paul’s Carlingford & North Rocks, where he has been Rector for seven years.

“I am delighted that Gary has accepted my offer to become the third Bishop of the Western Region,” Archbishop Davies said. “Gary is an able minister of the word of God with a pastoral heart for people and a desire to see the gospel proclaimed clearly in the Western Sydney region. He has honed his skills at Carlingford over many years but has a broad interest in diocesan matters being a member of the Moore College Council and a former member of the board of Anglicare. Gary has a strong interest in seeing young men and women trained for gospel ministry and has been involved in training young people to use their gifts to expand the kingdom of God. I believe he will be an asset to the episcopal team, and I look forward to working with him.” Dr Davies said.

The Bishop-designate follows the present Bishop, Ivan Lee, who has moved into a new episcopal role to strengthen church growth in the Sydney Diocese.

“To be offered this role is a great honour and privilege. I pray under God I’ll be able to make a real difference for the gospel. I’ve learnt so much from my fifteen years at St Paul’s and I look forward to being able to share some of the things God has taught me and to be a support and encouragement to our brothers and sisters in the West.”

The Rev Gary Koo is married to Pearl and they have two children Tomas (16) and Annabel (14).

The new bishop will be consecrated at a service in Western Sydney’s Regional Cathedral, St John’s, Parramatta on December 20.