Archbishop of Sydney
View all articles by Kanishka Raffel

Welcome to the webpage for the Archbishop of Sydney, Kanishka Raffel.

Kanishka Raffel was born in London to Sri Lankan parents and was raised as a Buddhist. While studying law at Sydney University a friend gave him a copy of The Gospel according to John and he subsequently became a Christian.

Kanishka recounts his conversion as follows:

I was raised in a loving home, and my mother nurtured me in Buddhism. In my third year at university, I devoted a year to studying the faith of my childhood. Subsequently, I had a conversation with a Christian friend, during which he told me that being a Christian meant he had given control of his life to Jesus. It was an answer that surprised me, to say the least!  He offered me Mark's Gospel and John's Gospel to read, and I accepted. The Lord saved me as I read John's gospel some weeks later. In God's kindness, I saw that in response to Jesus' words and deeds, 'people were divided'. It made me consider why I was 'against' Jesus. Eventually, I realised I had no reason to oppose Jesus, and in some way that wasn't altogether clear to me, he was for me. John 6:44-45 were important. I saw that life is not an endless cycle but has a 'last day', and I was convicted that God was drawing me to his Son. So I came.

In 2016 he commenced as Dean of Sydney, ministering to the regular congregations of St. Andrews Cathedral and serving the broader church and society through various civic and ceremonial functions. He was known for his eloquent and biblical sermons and warm evangelism. He oversaw the much-needed renovation of the Chapter House of the Cathedral and initiated new outreach activities such as the Cathedral City Care Rough Sleepers ministry to those sleeping rough. He has a good reputation for clear gospel presentations and winsome addresses at civic ceremonies involving national and international dignitaries. In addition to television and radio appearances, he has written public prayers for use in times of tragedy and hardship

Before becoming Archbishop, Kanishka was involved in wider Australian church life, including the General Synod Standing Committee, the Council of The Gospel Coalition Australia, the Board of GAFCON Australia, and as trustee to both the Anglican Relief and Development Fund Australia and Trinity Theological College, Perth. He sees the immediate priorities for the Sydney diocese as strengthening local churches, discipling the next generation, and raising up and training ministers of the gospel.

Kanishka is married to Cailey and they have two daughters.

The Archbishop, the Most Reverend Kanishka Raffel 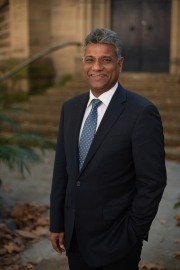 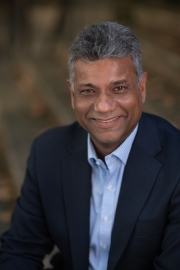 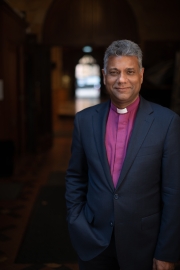 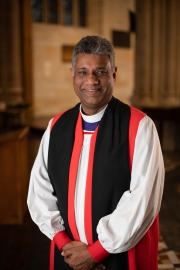 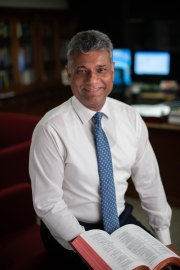