The passing of new abortion laws 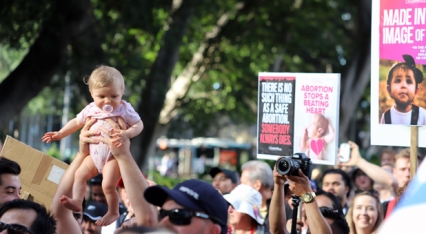 I want to thank the people of NSW who have petitioned, rallied and written to their parliamentary representatives during the recent debate on abortion.

Much has been achieved through these efforts so that the Bill that was finally passed by the Parliament is a far better Bill than what was introduced eight weeks ago.

We said at the time that it was unconscionable to attempt to rush this through the Lower House in the originally proposed timeframe, without any public consultation. We are grateful for the time that both Houses gave to the Bill and for the amendments made in both Houses.

Yet we are deeply saddened by the passing of these laws and the abortion-on-demand regime they introduce. The life of both a mother and her child in the womb are precious to God. We must love them both and protect them both.

May God have mercy on us.