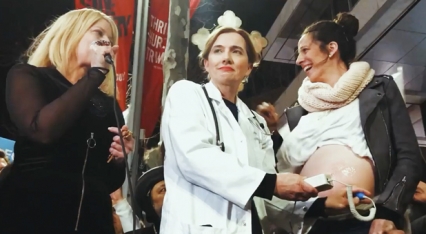 Archbishop Glenn Davies has warned of the dangers of the Bill which allows abortion up until birth, urging Christians show support for the life of the unborn before the Upper House considers the Bill.

The Archbishop has written to all clergy in the Diocese of Sydney, saying he considers the Bill before the Legislative Council, "misleadingly entitled the Reproductive Health Reform Bill 2019, will in its current form do great damage to our society in the legalisation of the death of innocent lives in the womb."

Dr Davies said that while "there is merit in decriminalising abortion in certain circumstances, this Bill will permit abortion on demand."

The Archbishop said he was very grateful for the cooperation of so many across the Diocese, collecting more than 12,000 signatures in three days from Anglicans across Sydney and the Illawarra. "My contacts in Parliament House have indicated the impact of these numbers, along with tens of thousands of other signatures across other denominations and faith groups," he said.

"It is our last chance to make a big display of support for the life of the unborn before the Upper House considers the Bill. The previous rally in Martin Place received significant news coverage, and it certainly attracted the attention of the politicians.  It is time to do it again: bigger and better.  I shall be there, along with other faith leaders, pro-life MPs and those active in the pro-life cause."

Dr Davies said in historical context, it is not since the days of Archbishop Howard Mowll that Sydney Anglicans were invited to join a public demonstration of their faith in this way. In the 1940s, the Archbishop invited Anglicans to take part in a march from the domain to the Cathedral, in protest of the opening of the Royal Easter Show on Good Friday.

"Our protest is arguably more significant, as our Parliament moves to allow the death of the most vulnerable and most voiceless in our society, the image-bearers of God in utero."

Photo: The scene at the previous night-time rally in Martin Place, where the heartbeat of a child in the womb was broadcast on the PA system. Still photo from New Ark Films