The opening of the Anglican Future Conference in Melbourne has begun with a stirring call for Christian leaders to defy secular stereotypes of the church as a dying force.

Guy Mason, the senior Pastor of Melbourne’s largest Anglican church, City on a Hill, spoke from the book of 2 Chronicles on the opening night of the conference.

The church is often depicted as a defeated fighter swinging from the tops, about to go down.

“I feel that in Australia we have a love-hate relationship with confidence. By that I mean we love to hate it.” Mr Mason said. “We cringe when sporting stars talk up their success, we expect comedians to be self-deprecating, we want politicians to be less assured, we want pastors and ministers to play it safe. Perhaps there is good reason to justify that lack of confidence because when it comes to ministry we are living in a post-Christian, post-modern world, constantly bombarded by the secular media with the message that God is dead. The church is often depicted as a defeated fighter swinging from the tops, about to go down. And sometimes I feel we accept that image as true.” 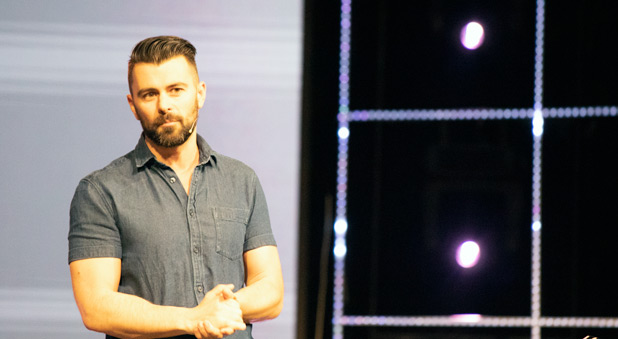 Mr Mason’s spoke to leaders from Anglican Churches across Australia, with 19 of the 23 Diocese represented, seeking encouragement and strategies for future ministry.

“We accept the lie that the odds are stacked against us. We accept the lie that our future is bleak and there is no hope on the horizon so we hold back - we retreat from challenge, we retreat from big prayers and bold visions to make much of God. And that’s devastating. It is devastating because our churches need us and our cities and this nation need us.”

Gospel Confidence is the living active trust that God is sovereign

Mr Mason drew on Jehoshaphat’s words in 2 Chronicles 20 in pointing to the future.

The opening address was followed by Anglican, and former NSW Premier, Mike Baird (pictured above) speaking on Leadership in the Public Square. Mr Baird told of his time in public office and the lows and highs of his time as Premier.

The onus of a leader is unity not division.

“The onus of a leader is unity not division. Whether it be a church or charity you are leading. Bring people together.” Mr Baird said as he spoke of the difficult times after the Lindt cafe attack. 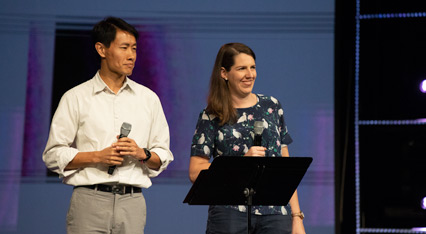 The conference, with the theme “Grace and Truth in Uncertain Times” is organised jointly by the Evangelical Fellowship in the Anglican Church (EFAC) and the Fellowship of Confessing Anglicans, Australia and New Zealand, chaired by the Bishop of Tasmania Richard Condie.

The future for Anglican Schools