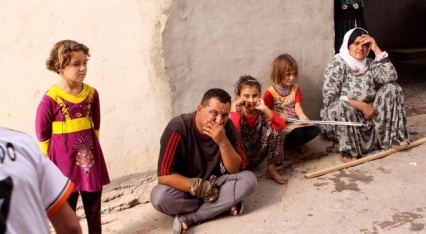 The Anglican Archbishop of Sydney has written to Prime Minister Tony Abbott, asking for Australia’s humanitarian intake to be lifted to 20,000.

Dr Glenn Davies again expressed concern about the wave of persecution in Iraq and Syria, saying Christians and other religious minorities have been “persecuted, threatened, dispossessed and in many cases, killed for their beliefs. Those who have survived are in transit camps with few possessions and little hope. Some are not yet safe as it is reported that there are 'hidden cells' of terrorists who may be activated and pose a further threat to Christians who have fled the north.”

The Archbishop thanked the government for reserving 4,400 places in the refugee intake program for the victims of the ongoing violence in the Middle East.

“Although l applaud the inclusion of the persecuted within the quota of Australia's humanitarian intake of 13,700, I respectfully request that you increase this quota even further, as the Howard government did when boat arrivals became negligible. Given that boat arrivals, under your government, have slowed considerably, a level of 20,000 would not be unsustainable and would reflect a country whose values include compassion for the vulnerable and dispossessed.” Dr Davies said.

The Archbishop has made several statements since the start of the Iraq crisis, calling on the government to ensure the safety of those fleeing, and urging Sydney Anglicans to urgent prayer and material support through the Archbishop’s Anglican Aid emergency appeal.

“Churches all over Australia have been united in urgent prayer for our brothers and sisters in Christ as well as other persecuted minority groups, against whom these atrocities are being committed.” Dr Davies told the Prime Minister.

“Anglicans in our diocese, which is the largest in Australia, have responded generously to an appeal for victims of this persecution and my office has received contact from many members of our churches who are very concerned at the plight of these people and asylum seekers generally.”

“As a Christian leader, I appeal to you to show hospitality and generosity to those who have suffered more than we can imagine.” the Archbishop said.