The music minister at St Matthew’s Manly, David Nduwimana, has received rave reviews for his rendition of the Australian national anthem at Saturday’s Bledisloe Cup final game in Sydney.

Mr Nduwimana was nicknamed 'Burundi Dave' after arriving in Australia seven years ago. Settling into the congregation at St Matthew’s, Manly, it was there he met Rob Clarke and his wife Kylie. He lived with the family for a year while settling into life in Australia, and has now been granted permanent residency. 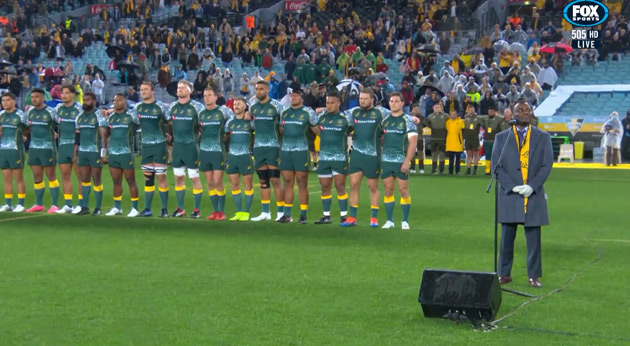 Fast forward to 2020 and it was through Mr Clarke, the interim chief executive of Rugby Australia, that he got the gig at the Bledisloe final.

“We were so inspired by Dave’s unwavering faith and deep trust in the goodness of God that makes him such a bright shining light in our Manly community and an absolute joy to have around.” Mr Clarke told the Sydney Morning Herald before the match. “You can literally see and hear his relief, as well as an irrepressible joy and pride in his adopted country.” 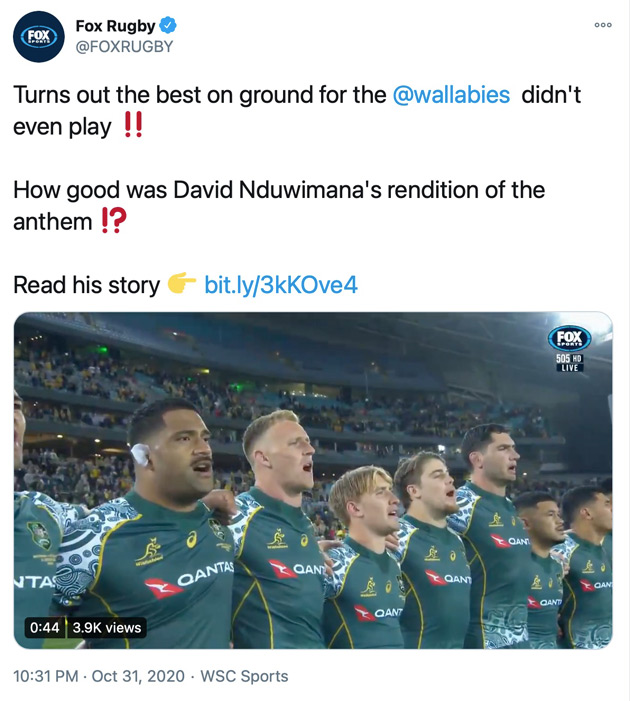 The Wallabies may have lost the match, but the anthem contest was definitely won by David Nduwimana. “Interesting, Burundian born David Nduwimana has just sung the Australian national anthem with such heart and soul,” said one sports journalist. The Fox Sports commentators used a typical Australian phrase “You little beauty” to describe the performance. 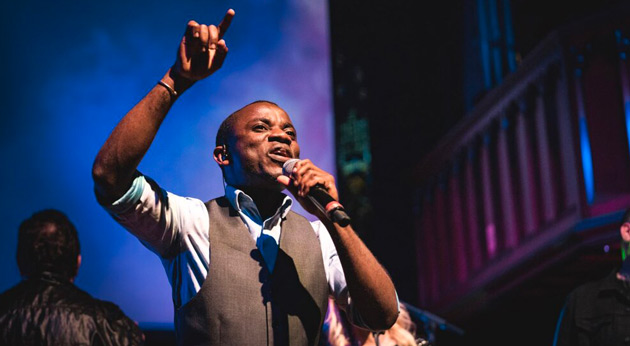 The nation got to see in a small way what we as a church have known for years - David's great gift to positively lift people through his music and singing.

Apart from stirring hearts with his singing, Mr Nduwimana has been busy helping gospel work in his native Africa. Earlier this year, he helped Youthworks with translations of its resource, 7 Principles of Effective Youth Discipleship, so it can be made available for free to the churches of Africa, potentially impacting at least 150 million youth and children.

The rector of Manly, the Rev Bruce Clarke, says the congregation is thrilled. "Everyone is very proud that the nation got to see in a small way what we as a church have known for years - David's great gift to positively lift people through his music and singing."

A new twist on sponsorship – back a Bible student

Should Christians be opposed to vaccination?

Woman stabbed at Speakers’ Corner is revealed as Christian preacher