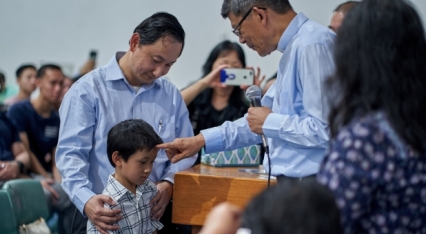 When it comes to making a public declaration of faith in Jesus, the more people, the more rejoicing.

In the lead-up to Christmas,  St John’s Cathedral held a baptism and confirmation for 35 people. St John's Parramatta is not only one of the oldest Anglican churches in Sydney, but also has a great location in the heart of Parramatta. So it made sense that the joy of 35 baptisms and confirmations should not be locked up within the building but shared with the people of the city.

800 gathered in the square

Eight hundred congregation members, family and friends gathered in the square outside to witness the confirmations and baptisms, which used a large pool set up in front of the parish hall. 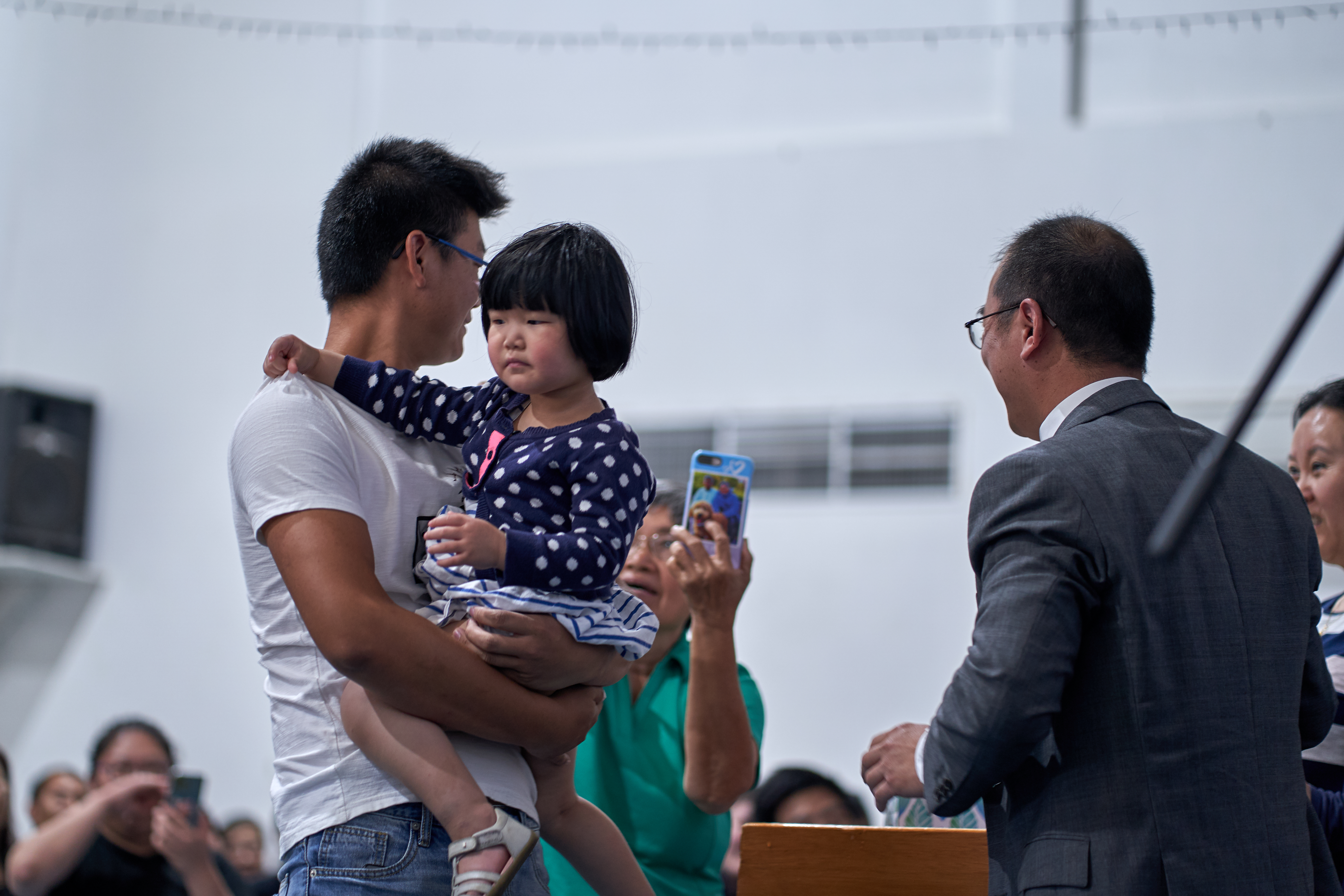 “St John's 10 congregations meet in four different languages, each with their own culture and identity,” says the Cathedral’s senior minister the Rev Canon Bruce Morrison. “Our unity isn't merely formed around a common campus, it is a shared commitment to see our city transformed by the hope of the risen Christ.”

"Our unity...is a shared commitment to see our city transformed"

Canon Morrison says that because language groups and congregations sometimes act like silos, people can be unaware of what God is doing outside their own congregation.

“Our answer was to meet, all together, as one congregation, to celebrate and welcome new believers,” he says. “We have never managed to meet as one group previously – partly because we don't have the facilities, and partly because of the language barriers. 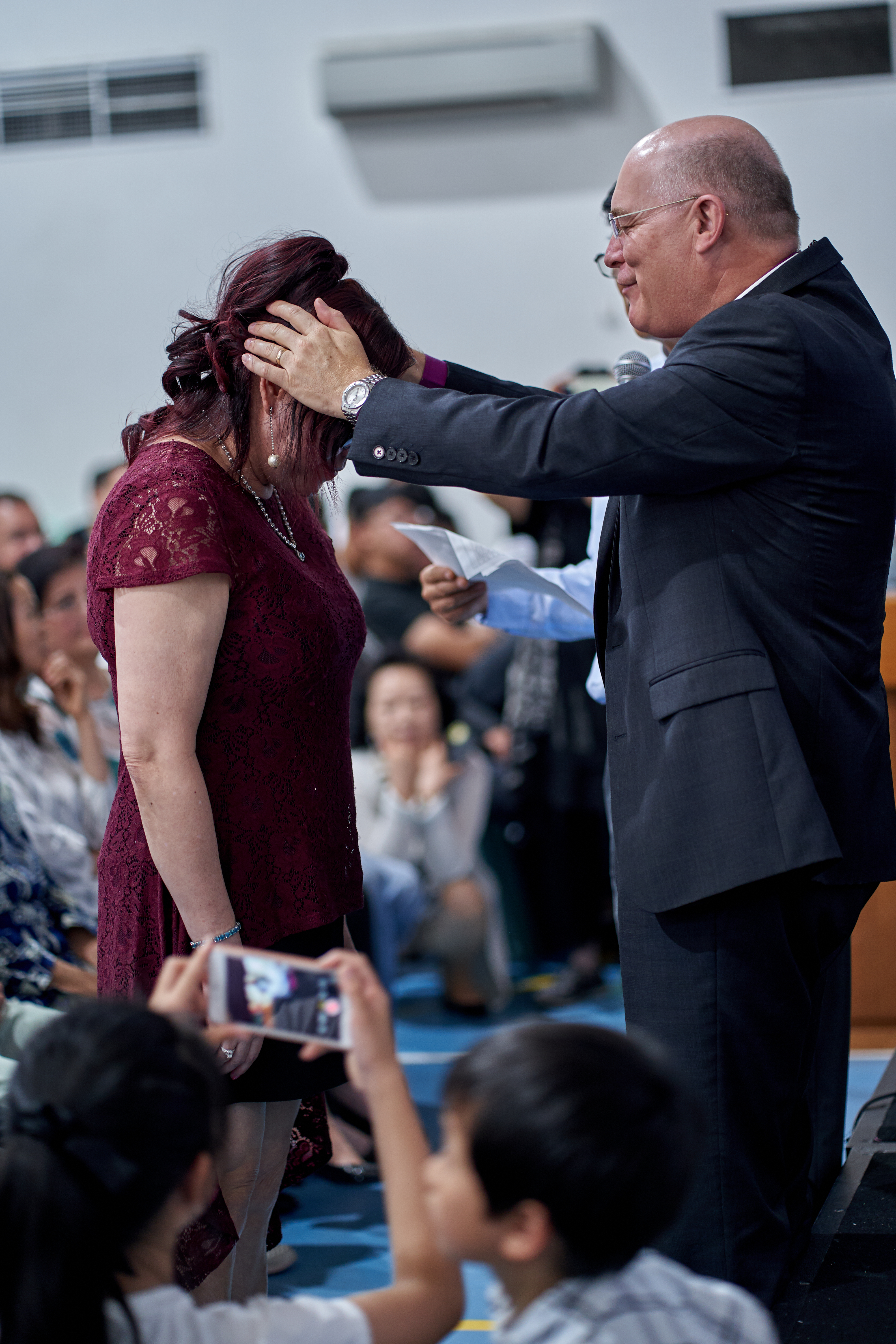 Overcoming barriers to meet together

“We chose songs that could be sung in all four languages. Our language pastors baptised people from their own congregations.”

For St John’s Persian language pastor, Dr Michael Safari, the day was a joy. “The Persian congregation enjoyed an encouraging time of fellowship with their cross-cultural brothers and sisters,” he says. “We were overjoyed to sing praises to our God in several languages.”

Likewise, for the Cathedral’s senior Chinese pastor, the Rev Ken Tang, "We enjoyed the gathering of many nations before Christ in the centre of Parramatta City. The laughing, the singing and saying ‘Amen’ together is a wonderful experience of witnessing Christ together.” 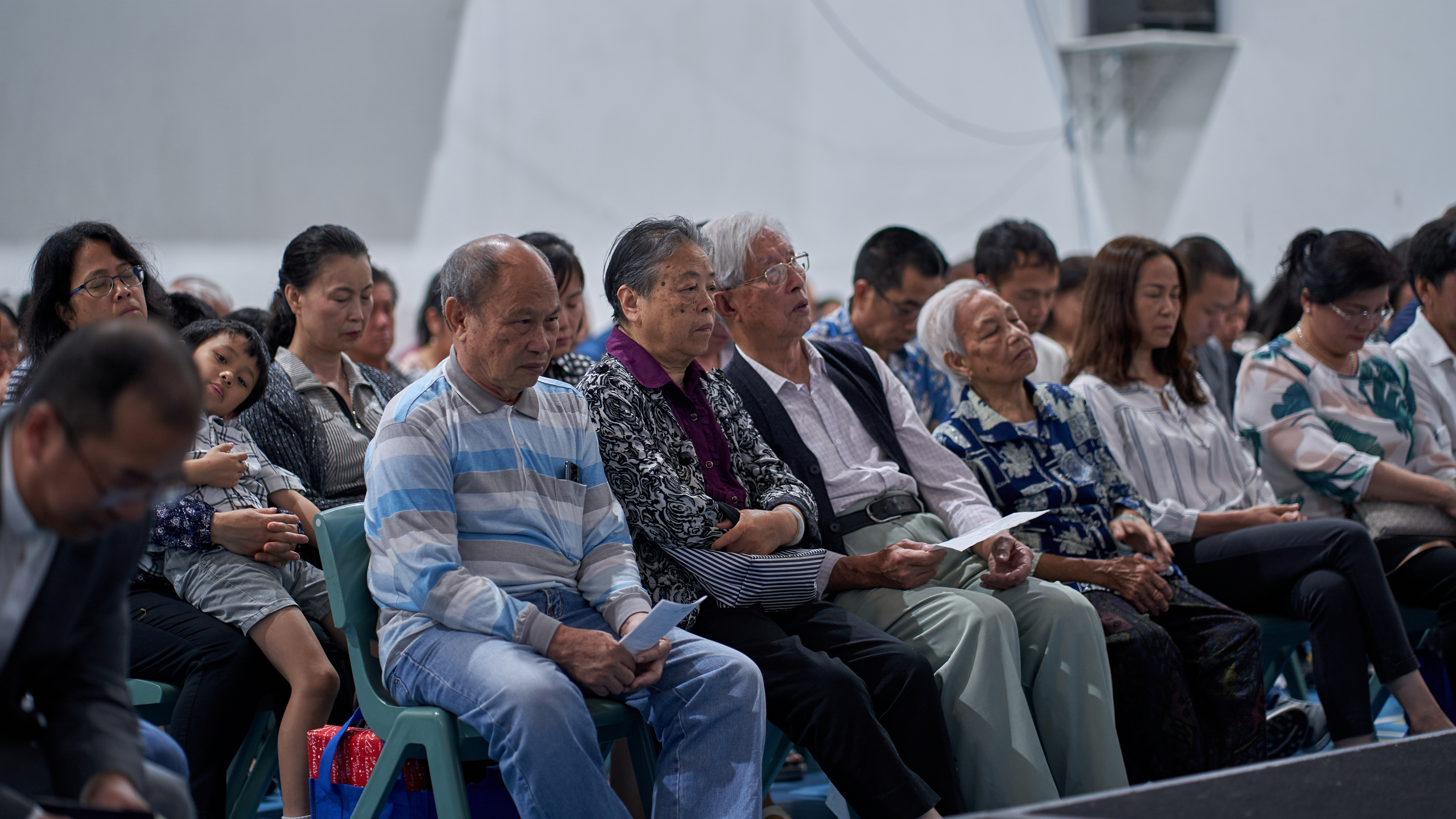 A great gift for the Church

Canon Morrison says the event was a great gift for the church.

“This was the first time we have ever had all our congregations together,” he says. “We all knew, in theory, that there were other congregations but we had never experienced it. It was like we were unwrapping a huge present.

"It was like we were unwrapping a huge present"

“Quite a number of baptisms were by immersion [in a pool], which is a great visual representation of the gospel,” he adds. “Each one of the 35 baptisms and confirmations was another demonstration of God's saving grace at work amongst us. Three children were baptised. The remainder were youth and adults – some recently come to Christ.” 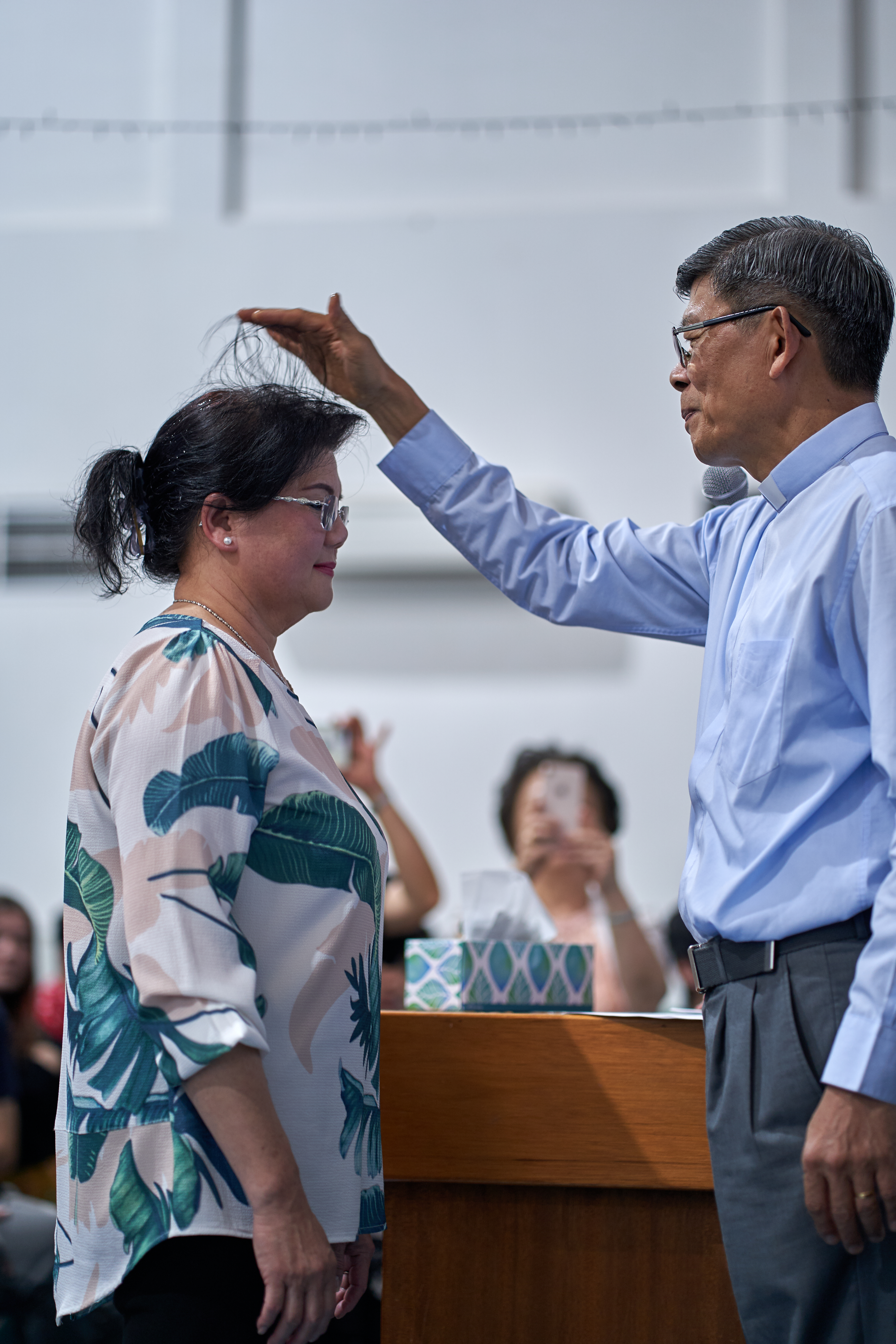 The event was so successful that it has already been locked into next year’s calendar.

In the southwest, at Cabramatta Anglican Church, there is already an annual combined baptism and confirmation service for its Mandarin, Cantonese and English congregations. This year, Bishop Chris Edwards stepped in for the Bishop of Georges River, Peter Lin, at the service, which was attended by more than 300 adults and 35 children.

Senior minister the Rev Min Yaw Law told Southern Cross that in his introduction on the day, “I said this service is a celebration of God’s amazing grace, because among the 43 candidates, the youngest was six months and the oldest 89! Also we have a candidate who was literally illiterate and two candidates were former atheists and retired university professors from China.

“Therefore, it’s never too early or too late, [and you’re never] too unworthy or ‘too qualified’, to come to the saving grace of Jesus.”

"You are never too unworthy"

Mr Law says the church’s training and growth system is bearing fruit and the Chinese ministry has “flowered and reaped fruits after many years of sowing. We have a great harvest this year: 35 adult baptisms and confirmations, 13 infant baptisms and four receptions!” 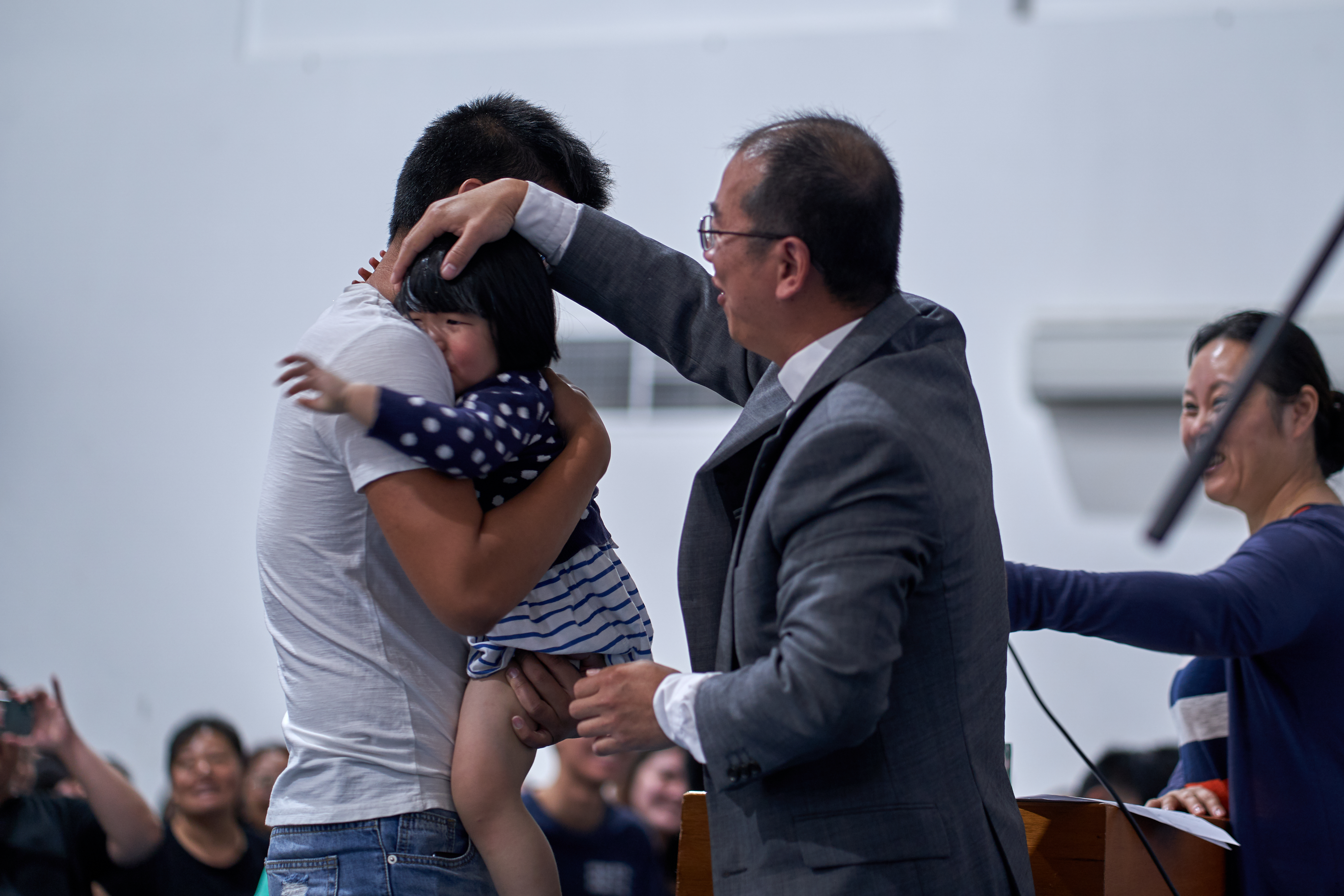 The church has also organised short-term mission awareness trips to rural areas of NSW for those who have been equipped, and sent a pastor to a neighbouring country to do mission. Cabramatta Anglican also plans to do cross-cultural mission in rural parts of Cambodia next year.

The church's bilingual website includes Sunday sermon audio and script, which is open to the public in order to bring new opportunities for growth. Although the church also has baptisms throughout the year, the bishop is invited annually for the service that includes confirmations.

“The service was bilingual, led by Bishop Chris Edwards – who replaced Bishop Lin in English – and I translated for him into Chinese,” Mr Law says “Apparently he was overwhelmed by the dominantly Chinese-speaking chaotically beautiful atmosphere!”